Spider-Man: Homecoming has been swinging it’s way into theaters this week, and whilst it’s been heralded as one of the best films to feature the character, we’re going to take a look at the Spider-Man film that never was, namely Sam Raimi’s cancelled Spider-Man 4. We’ve done some digging to find out just what could have been.

Despite Spider-Man 3 generally being considered a disappointment, both Sony and Raimi were intending to release Spider-Man 4 in 2011 based on it’s incredible commercial success. At the end of it’s run, the film had made $890 million, something which was a lot less common ten years ago than it is today. The studio had initially intended intended to also produce Spider-Man 5 & 6 with James Vanderbilt being hired to write the scripts for the new trilogy back in 2008.

Unfortunately, despite rewrites from playwright David Lindsay-Abaire and Gary Ross, Raimi was still dissatisfied with the script and ultimately Sony decided to cancel the project, eventually rebooting the franchise as The Amazing Spider-Man.

What We Know About The Film

Despite Raimi never really taking to the script, some story details were revealed such as the news that the Tobey Maguire and Kirsten Dunst were set to reprise their roles as Peter Parker/Spider-Man and Mary Jane Watson respectively. It was also rumored at the time that the main villain of the film was going be The Vulture, with John Malkovich supposedly in talks to take the role.

Another rumored cast member included future Catwoman, Anne Hathaway as Felicia Hardy, although this time around, the character was set to be a villain known as ‘The Vulturess’ instead of the traditional guise of the Black Cat she dons in the comics. 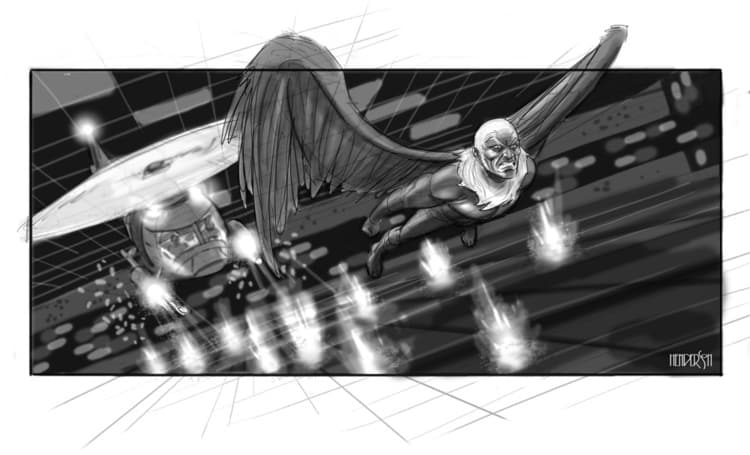 It was speculated that the character would be the daughter of Malkovich’s villain something of a departure from what we are used to. Raimi also intended to show Dylan Baker’s transformation from Curt Connors into his villainous alter-ego, The Lizard a character who would later appear in Andrew Garfield’s first film played fairly well by Rhys Ifans.

Other plot details from the film were seemingly revealed last year when Storyboard artist, Jeffrey Henderson released some artwork from the film seemingly showing plenty of aerial fight scenes between Spidey and The Vulture including on in which the villain attempts to bring down a helicopter. 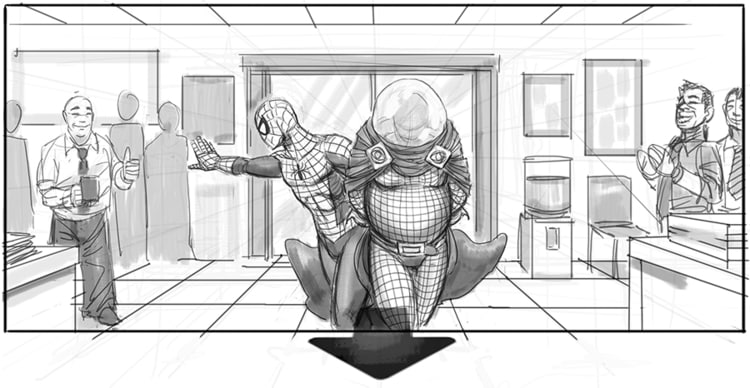 The artwork also revealed that Mysterious was set to appear in the film with the actor behind the mask looking suspiciously like Raimi mainstay, Bruce Campbell. It was rumored that this scene with Campbell would have been part of the opening, possibly as part of a montage showcasing the characters other villains.

You can check out all of the concept art here and the storyboards here.

It’s hard to say just how the film would have turned out, especially to the deviation from the Felicia Hardy character, but with the spectacular response that people are having to Spider-Man: Homecoming it’s possible that the way it played out was the best possible outcome. Although it’s just a shame it took us two mediocre Amazing Spider-Man films to get there.

Hopefully, we will find out more information on this cancelled film in the future, until then we’ll just have to imagine Spidey going toe-to-toe with The Vulture… oh wait, you could just go check it out now in Spider-Man: Homecoming.

What do you think? Would you like to have seen this film? Are you happy with how it turned out? Let us know below!