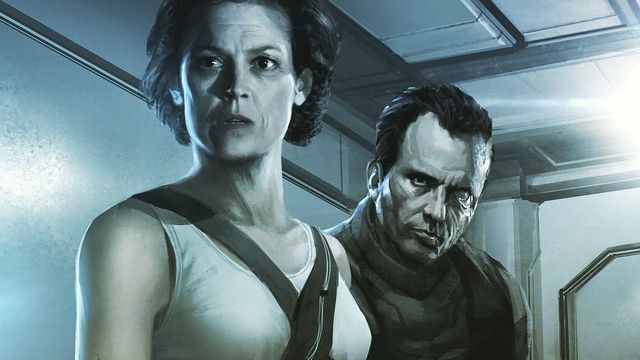 Some time ago Neill Blomkamp had set the Internet on fire upon releasing concept art for his proposed Alien 5. The film would see the return of franchise icon Ellen Ripley, once again played by Sigourney Weaver.

Interestingly, official progress soon started on the film until Ridley Scott’s Prometheus sequel continued to take shape. By the time Alien: Covenant hit production, it was clear that Blomkamp would no longer be allowed to make his Alien sequel. A shame for some fans as the film would have ignored Alien 3 and Alien Resurrection, focusing the franchise once more on Ripley and even Michael Biehn’s Dwayne Hicks.

Now, because his film isn’t happening, Blomkamp recently spoke about its original concept in a recent interview with Funhaus.

“I met Sigourney on Chappie and I had a different idea for an Alien film I wanted to make. So I had this idea for a story set in the world of those two first films that was not a continuation of James Cameron’s,” Blomkamp explained, digging into the genesis of the project. “It was just in the world of it and it had a totally different character that was the lead character. Because my assumption was that Sigourney would just never make another one. I told her about it on Chappie and she was like ‘No, no, no! I actually would make another one because I felt like Ripley’s story didn’t end correctly.’”

“So I went back to Vancouver and while I was editing Chappie I started to think about what I would do with Sigourney as basically a sequel to James Cameron’s film. I spent about a year working on it with only Sigourney knowing and I hired one really awesome concept artist. We put together essentially a script and all the artwork and that’s what I went to 20th Century Fox with. They seemed really into it and Ridley [Scott] came on as producer and then it just unraveled.”

He also explained how it was Ridley Scott’s Alien: Covenant that put an end to his film.

“It’s very difficult to speak about on several levels because Ridley created Alien. It was something that inspired me deeply. I got into film because of it,” Blomkamp explained. “Everything that happened with my script and with the way the film collapsed – it’s hard to talk about it without it seeming like I’m bashing him which is like one of my idols to get into film. It’s a super strange psychological place but films go down in Hollywood all the time. That’s just essentially, I think, what happened and it sucks for me. It’s not that it sucks for Sigourney, it’s not going to make any difference to her, but I think she really did like the story because it allowed Ripley to… it really felt like a cool third film.”

It’s unfortunate to see such a potentially awesome sequel get axed. Especially just so Ridley Scott could make his prequels that have yet to live up to the original Alien.

But, who knows, perhaps as the series goes on the films will get better. And maybe we’ll get our chance to see Ripley one more time.