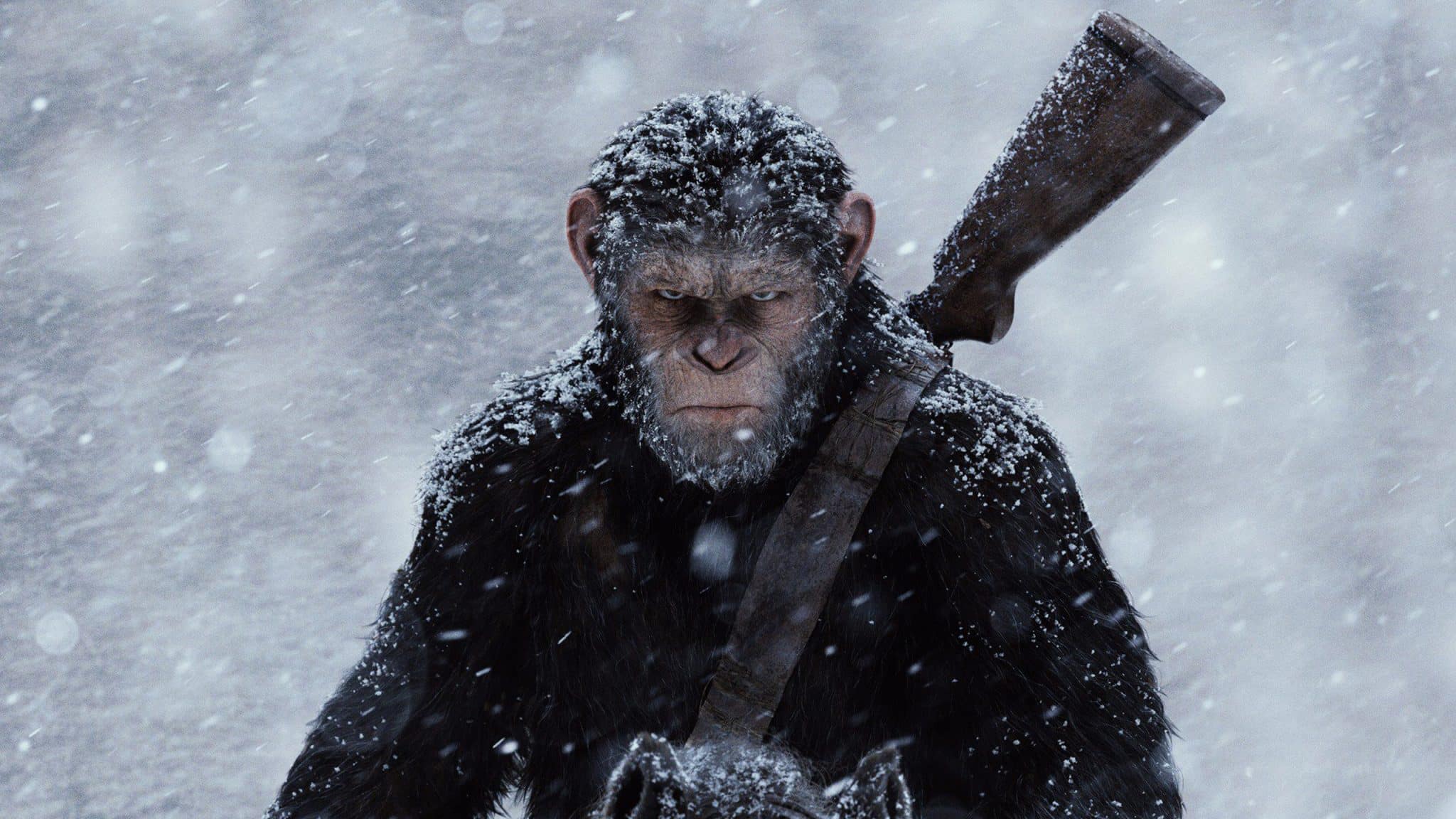 After the disastrous Tim Burton version of The Planet of the Apes, many wrote off the potential for there to be any good movies from the franchise. Fast forward to 2011, Rise of the Planet of the Apes shocked critics and audiences alike with just how good it was, becoming the start to a new Ape trilogy.

Now the conclusion of that trilogy is here with War for the Planet of the Apes. Picking up where Dawn left off, we find Caesar and his tribe of the apes on the run from a daunting human force. After a traumatic loss, Caesar must grapple with his inner-demons to lead the Apes to safety.

Much-acclaim and hype has been bestowed upon War even before its release, and while I can’t say it lives up to all that hyperbole, this is a satisfying conclusion to the Apes trilogy that takes blockbuster filmmaking to some exciting new places.

The highlight of every one of these Ape films has been the motion-capture performances. Not only has the animation itself improved significantly since the last entry, but the actors continue to do a masterful job of rendering their work into impressive performances. The fact that Andy Serkis hasn’t received any major awards attention for his continually impressive work as Ceasar is a crime, as he has elevated motion-capture work to an impressive level. Steve Zahn, Karin Konoval, Toby Kebbell are all quite good as well.

Unlike the past couple of films which have had a fairly major human presence,  this film is almost solely focused on the Apes. Writers Mark Bomback and Matt Reeves zero in this film’s focus on Caesar and his tribe, which is honestly for the best. The duo put us in the perspective of the tribe as they are struggling for survival, allowing us to view their great camaraderie and relationships in full force. The one human character that gets any sort of development is Woody Harrelson’s dastardly villain, who despite only a few scenes, has an impactful arc. 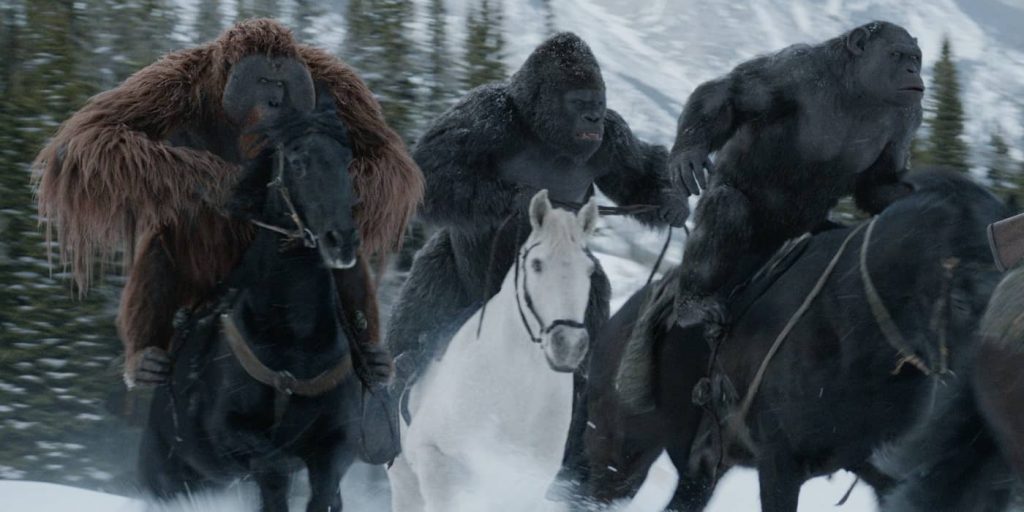 Director Matt Reeves continues to show himself as one of the most accomplished in Hollywood, upping his game from the previous Apes entry. Reeves’ skill shines in his effortless ability to mesh genres, with the film’s three acts having their own distinct personality. The film starts as a Western of-sorts, then becomes a Prison Break film, then turns into a daunting fight for survival. Reeves thankfully prioritizes character and emotion over simple thrills, with much of the film’s two hour plus running time being dedicated to the characters. When the action occurs though, its some of the most accomplished of the summer movie season.

Much credit is given to Reeves and Bomback for taking this series in some surprisingly dark territory. Despite its PG-13 rating, this is not an easy watch with quite a few harrowing moments sure to shock audiences. Its a bold move by the duo, but I am glad they were able to take their material into the dark places that it required. The script also does a good job of incorporating worldly concepts such as morality, revenge, mercy, and loss quite well.

Where the film comes up short however is with some of the key emotional beats. Despite the film’s patient pace, a lot of the key emotional moments here either feel rushed or under-developed. Even the satisfying conclusion comes up as a bit of a surprise, with the big moment not quite having the time to truly render onscreen. It’s a shame, because it hinders moments that could of have had a huge impact.

Some of the storytelling here is a bit clumsy. I appreciate where the writers are coming from in wanting to incorporate biblical storytelling in the film, but it feels extremely obvious and heavy-handed at points. The idea on paper works, but the execution needs a deft touch for it not to feel a bit cheesy.

Aside from my complaints, War for the Planet of the Apes is an accomplished summer flick, one that lives up to its predecessors while taking the series into some uncharted territory. Fans of the previous films will surely be satisfied.