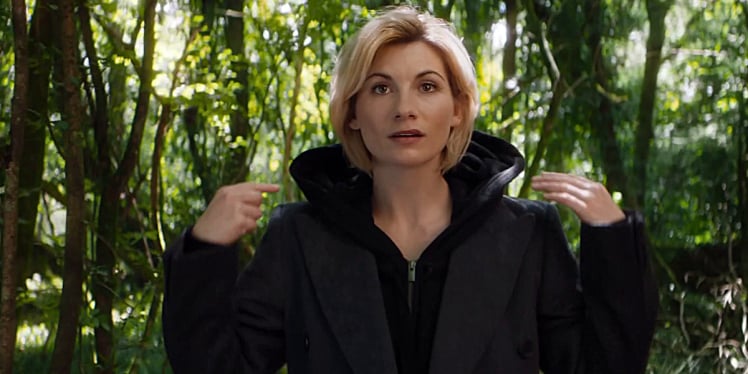 The next Doctor has been announced, and for some, it’s completely out of left field. Enter actress Jodi Whittaker. Peter Capaldi—who plays Doctor Number 12—is set to step out of the Tardis once last time this year in the Doctor Who Christmas special and fans were speculating who is replacement would be.

To back up for a minute (SPOILERS); the last time we left the Doctor, he had just defeated the Cybermen once again with the aid of his companions and two versions of his arch nemesis, The Master…you ready that right, two of them. The classic act of regeneration kicked in because of the damage The Doctor sustained, but this time The Doctor refused to change.

News of Capaldi leaving the show ramped up bets on who would take up the mantel. Many said it was time for an actor of color to take the role while others wanted an actress to play the character as it had been long overdue.

As always, the crowds are left with their heads scratching on who is Jodi Whittaker—when announced— and to that I say,

Whittaker’s performance is absolutely brilliant in the show which co-stars another former Doctor, David Tennant.

The introduction of a female Time Lord  is not set outside the realm of possibility as the recent years have brought in Missy, a female version of The Master, that some would say was played amazingly well by actress Michelle Gomez.

Whittaker, 35, said it was “more than an honour”; to become the Doctor and I would have to add that it’s going to be an interesting and most likely a fantastic performance from her.

Welcome aboard Jodie Whittaker, you’ll fit in just fine among the past Doctors.

Jodi Whittaker will make her regeneration debut this year when Peter Capaldi bids farewell during the Christmas Day show.

Continue Reading
You may also like...
Related Topics:Doctor Who