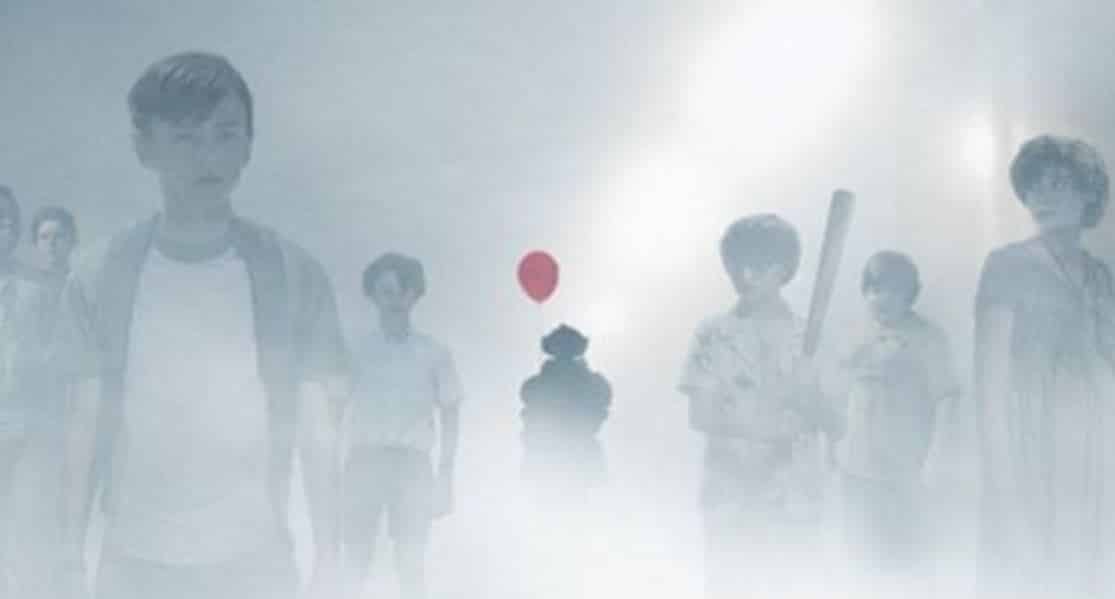 Nerd Christmas, or Comic Con as it’s known, is finally here and whilst the big presents won’t be unwrapped until the weekend, we’re still be treated to plenty of stocking fillers today.

Today’s gift comes in the form of a sneak peak at Andy Muschietti’s upcoming remake of Stephen King classic, IT, and whilst the footage hasn’t actually hit the web, a couple of descriptions of the footage (and a new poster) have.

The panel took place earlier today at a packed theater in the Gaslamp District. Director Muschietti was on hand to present two scenes from the film along with a new trailer.

During his opening, he told the crowd:

‘It’s a great moment to be alive. Because It is coming back, after all this time.’

It wasn’t just Muschietti who was enthusiastic about the new film, the books author, Stephen King appeared in a video message for the fans, explaining

‘It remains one of my most personal works so I’m delighted it’s finally making it to the big screen, Enjoy this exclusive look… if you can.’

The first clip apparently takes on a ‘Stand By Me‘ approach as it introduces the film’s young heroes, The Losers Club. The scene finds the youngsters on a sunny day in the town of Derry.

The group which consists of Bill, Richie, Eddie, Stan and Ben are overlooking a deep quarry. The scene focusses on Ben, and the fact that he has been branded with a ‘H’ on his stomach by local bully Henry.

The group are then joined by another member of their group, the tomboy Bev before they all plunge into the water below.

It’s later whilst drying themselves down on the rocks that the scene takes a sinister turn, with Ben explaining about the dark history of the town.

He tells the group:

‘Derry’s not like any town I’ve ever been in before. They did a study once, and it turns out people die or disappear here at six times the national average.’

This scene is a way of reminding the audience of the disappearance of Bill’s little brother Georgie the autumn before. Unfortunately it’s set to get worse as Ben promises to show them what else he has uncovered.

The second scene ups the horror level up a notch, actually giving us a look at Bill Skarsgard’s titular monster. The scene introduces the seventh member of the losers club, Mike, who has found himself corned by a trio of bullies led by Henry.

In the scene, you see Skarsgard’s Pennywise waving at Mike, where he has presumably been drawn away from his sewer lair due to the evil coming from the bullies. However the truly creepy aspect is when the camera pans out to reveal that it’s actually not Pennywise’s arm, but the severed arm of a child that he is waving.

The arm has been removed at the elbow with fresh blood both hitting the ground and smeared around the clowns terrifying grin, revealing that he had in fact been eating it.

The scene then shifts to Henry looking to drop a rock down on Mikes head, until he is saved by the rest the loser club, armed with their own rocks.

After the bullies leave, the group plus it’s new member begin heading down the road with Bill telling Mike:

‘I guess that’s one th-th-th-thing we all have in common. Welcome to the Losers Club.’

The audience was then treated to an advance look at the next trailer, which featured some quick glimpses of the movie including Georgie heading into the drain, the ghost pretending to be Georgie in the Denbrough’s flooded basement uttering the immortal phrase

We then see Richie in a room full of terrifying clown dolls, which all turn to face the youngster. In the middle stands a scarier doll who is soon revealed to be Pennywise who with a mouthful of razor-sharp teeth lunges at Richie before the screen cuts to black.

A new poster was also released: 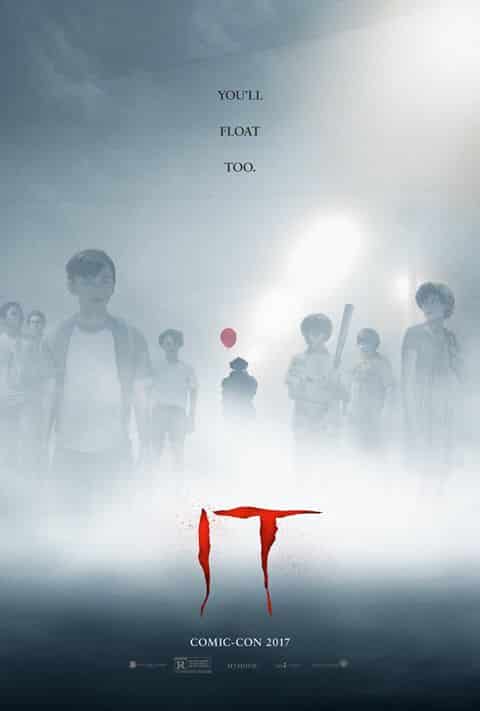 It’s speculated that the new trailer may be coming next week, and if the reports are anything to go by, it’s sounds as though we may have something truly terrifying to look forward to. The film is set to hit theaters September 8th, 2017.