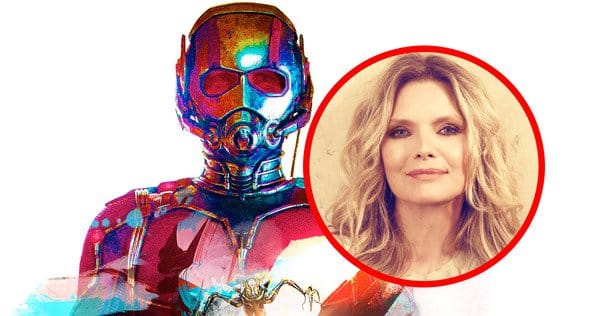 Despite the event lasting four days, the most important day of the San Diego Comic Con has always been the Saturday. Today has already seen an impressive lineup in Hall H with the Warner Brothers Panel debuting brand new trailers for Justice League and Ready Player One as well as announcing the upcoming slate of films in the DCEU.

However, it sounds as though Marvel may have won the day with what they brought to the table.

The panel opened with Ant-Man’s Paul Rudd and Michael Pena recreating the MCU so far, right down to a fight with Hulk hands and a photo of David Hasselhoff’s Nick Fury.

It wasn’t long before the first big news of the night came, with the revelation that Michelle Pfeiffer would be returning to the world of comic book movies as Janet Van Dyne in the upcoming Ant-Man and The Wasp.

The announcement was then followed by some concept art and animatics from the film including a look at the Wasp in action, a two-foot tall Scott riding on his daughters back among others the collection of scenes ended with a giant Scott Lang peaking out from around the corner of a building on a busy street.

Then came more announcements, including confirmation that Randall Park was playing Agent Jimmy Woo, Laurence Fishburne as Dr Bill Foster, better known as Goliath. They also confirmed that Hannah John-Kamen will be playing the Ghost.

Hopefully, we’ll be able to see some of the artwork that was debuted tonight in the near future. In the meantime you can keep track of all the latest developments from Hall H right here.

What do you think? Do you like this cast? Are you excited for the film? Let us know below!

Continue Reading
You may also like...
Related Topics:Ant-Man, Ant-Man and The Wasp, Marvel, MCU