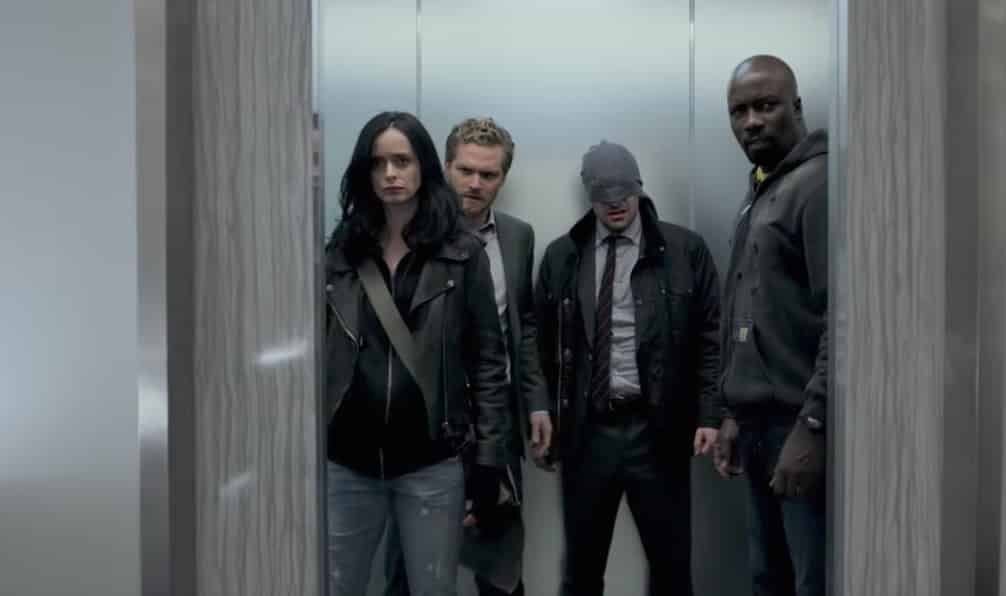 One of the most anticipated upcoming events is Marvel’s upcoming Netflix superhero team up series ‘The Defenders’.

The first reviews for the show are in, and they’re mixed to mostly positive.

Collider: There’s just not enough of it to start, and it takes too long for them to team-up. If you thought Defenders would be a culminating chapter to the other Netflix Marvel series so far, think again. So far it feels like another prelude, and it makes one wonder if we’ll ever get to the main event.

Empire: Alexandra feels like yet another businessperson baddie whose dirty deeds are hidden by sharp suits, while the ongoing, vague chicanery of The Hand (like HYDRA, but ninjas) fails to ignite much excitement. Indeed, the peerless Sigourney Weaver herself seems desperately bored by it all. Even so, there is enough joy in watching the sparks fly as these four alpha characters finally collide to make you feel The Defenders might just have been worth the wait. It’s a long-anticipated crossover series that delivers some engaging character clashes, but which fails — in the first half at least — to up the ante story-wise.

We Got This Covered: Although only half of the show’s eight episodes were available for review, the indistinct plot of The Defenders thus far seems like little more than a serviceable excuse to tie all four Marvel Netflix series together, as if the writers opted to revisit previously established plotlines rather than devise a bold new threat. Perhaps this aspect of the show evolves in its latter half into something more memorable, but as it stands, the characters and not the story of The Defenders are what truly make it worth watching.

io9: While the show starts as something of a slow burn, once the heroes come together, it more than lives up to the promise fans have been clamoring to see realized. It may not be the strongest Marvel Netflix series thus far (that would be a toss-up between Daredevil and Jessica Jones), but The Defenders splits the differences between its leads, creating something that even casual fans of these shows shouldn’t miss.

ComingSoon: For fans, this is definitely worth a watch, though getting to the actual story might be frustrating for some. When the team up finally does happen, it’s pretty satisfying. If you haven’t seen all the other series, fear not. A lot of time is spent explaining. Hopefully we can let that go in the second half.

We’ll let you decide for yourselves when the show hits Netflix next month.