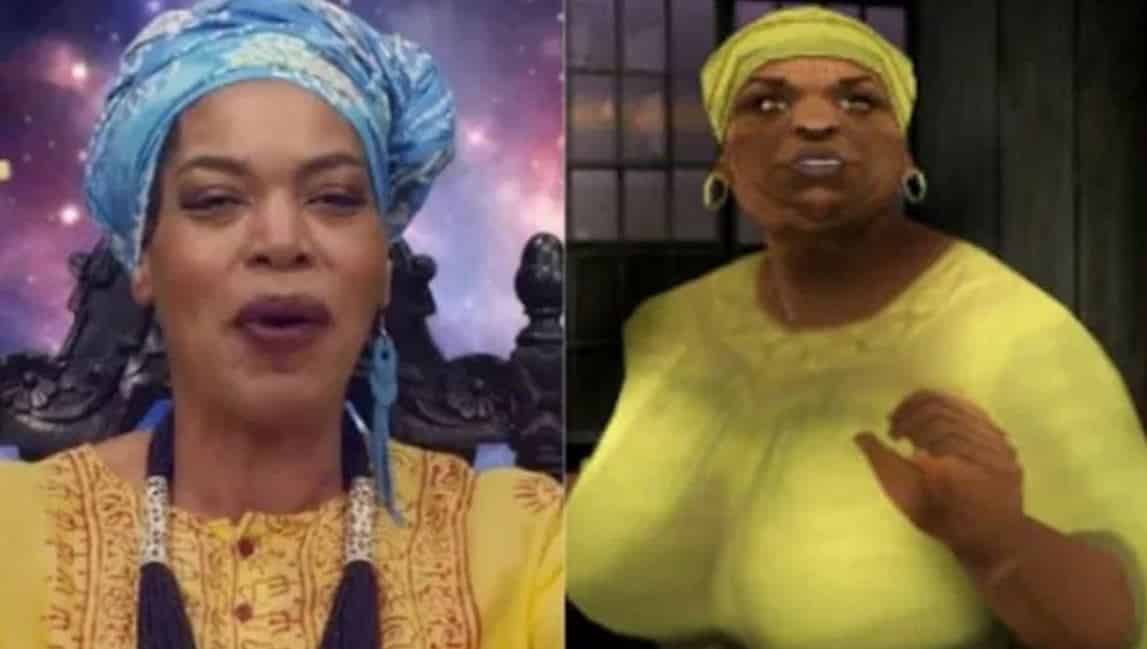 Miss Cleo, a famous TV psychic who passed away last July after a battle with cancer, is now back in the news, but for a pretty random reason.

Psychic Readers Network, who hold the rights to ‘Miss Cleo’, just filed a lawsuit against Rockstar Games and others who helped make a distribute Grand Theft Auto: Vice City – for allegedly taking her image and Jamacian accent and slapping it on the character known as ‘Auntie Poulet’.

In the suit, obtained by TMZ, PRN claims it’s spent well over $100 million creating and promoting Miss Cleo’s persona over the years, and that Rockstar and co. have gone on to make more than $500 mil exploiting it’s character.

They also say Rockstar even hired the actress who used to play Miss Cleo in real life, Youree Harris, and had her voice the character of Auntie Poulet, which is true.

A company spokesperson has responded to the lawsuit from Psychic Readers Network, saying the following:

“These claims are entirely meritless and completely ridiculous. We will vigorously defend ourselves with regard to this matter.”

The game came out almost 15 years ago, but still makes quite a bit of money – especially with the new downloadable packages that come out with “vintage” games.

As far as this case goes, we’ll be sure to keep you posted. Until then, rather than speculate on what will happen, I think I’ll go play some Grand Theft Auto, as all of this early 2000’s nostalgia is finally catching up with me.