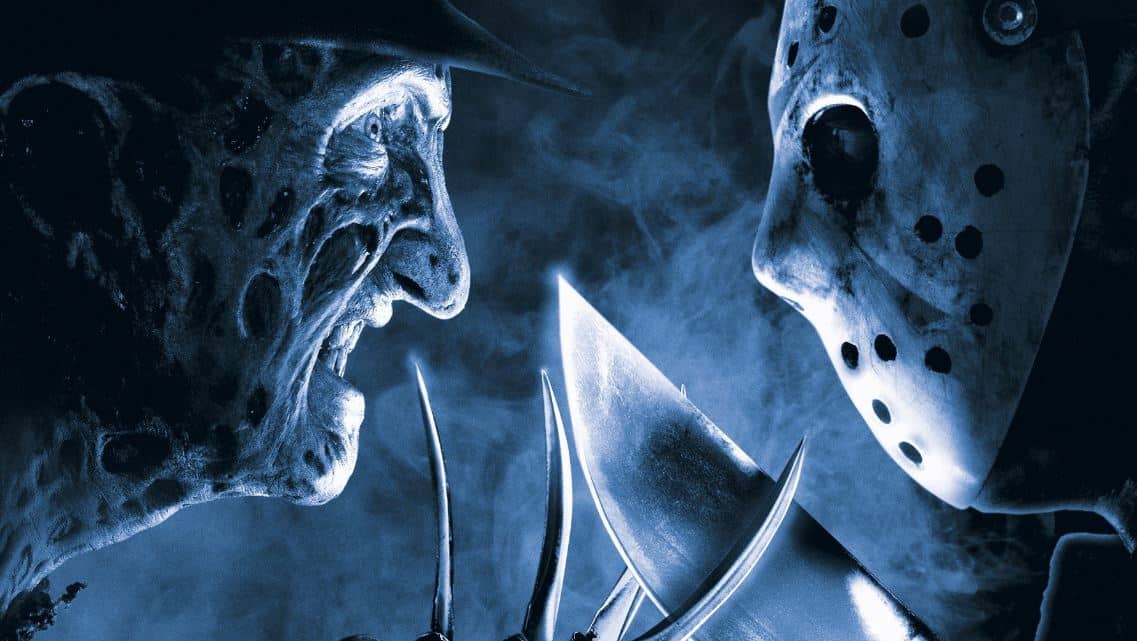 Audiences across the world were ecstatic to see Freddy Krueger and Jason Voorhees battle one another in 2003. And many had been waiting for a very long time. Since 1993, to be exact. That was the year Jason Goes to Hell made its way into theaters, beginning what should’ve been a new era for the hockey masked slasher.

Unfortunately it turned out to be the beginning of the end, albeit with a final tease. The film pulled what movies today like The Avengers do on a seemingly monthly basis.

As you can see below, the film ends with Freddy breaking free of the Earth’s surface and dragging down Jason’s mask before giving a sinister laugh. It both surprised and excited audiences, who were anxious to see the slashers finally duke it out.

It took a long ten years to finally see the film happen. Not to mention a sequel or two with New Nightmare and Jason X. But the crossover almost happened well before 2003. While various filmmakers were attached to the project at different times, effects artist Rob Bottin almost got a chance to direct. His incarnation was set to premiere in 1998 and even had a sales trailer released in 1997 at the ShoWest Trade Convention.

Below is a quote from Bottin in an interview with Variety from 1997.

“Rather than revisit old territory, my intention is to celebrate these characters by way of re-invention — elevating them both to a completely new level of horror, using state-of-the-art techniques. They will be reborn in a bigger-than-life way.”

And now, a trailer from the film has surfaced – that you can check out below:

The description really makes me wish his film could’ve happened. While the Freddy vs Jason we got is still entertaining, it didn’t do much in terms of elevating the franchises. In fact, it was the last installment before either series was remade, so you could consider it the franchises’ indefinite death. 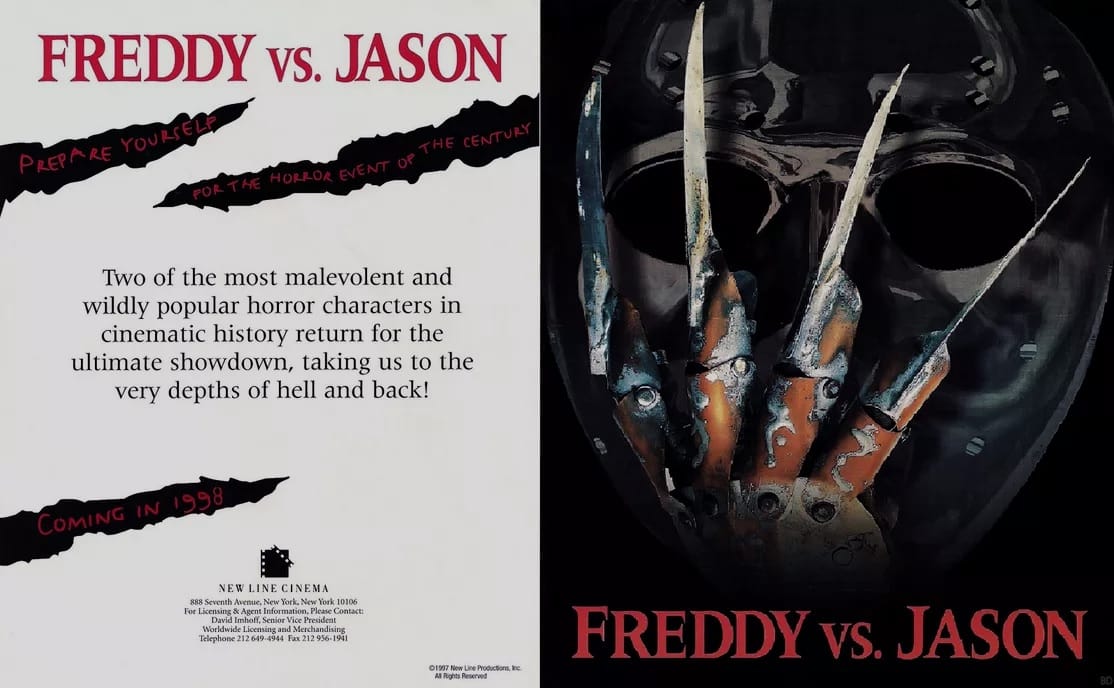 While Bottin’s film failed to happen, Ronny Yu eventually got the chance to make Freddy vs Jason a reality. He previously directed Bride of Chucky in 1998 – the year Bottin’s Freddy vs Jason would’ve been released. And while Freddy vs Jason was officially announced with Jason Goes to Hell, studios New Line Cinema and Paramount had wanted a crossover for years even before that. The original goal was to create Freddy vs Jason in 1987, right after Friday the 13th Part 6 and A Nightmare on Elm Street 3 were released.

Personally, I think that would’ve been the best time for a crossover as both franchises were in their prime. Now we’re stuck with an endless cycle of remakes in development hell, and I can’t wait for the day these icons come back in full force. And just maybe one day we could see the potential sequel to Freddy vs Jason gets made… Freddy vs Jason vs Ash.