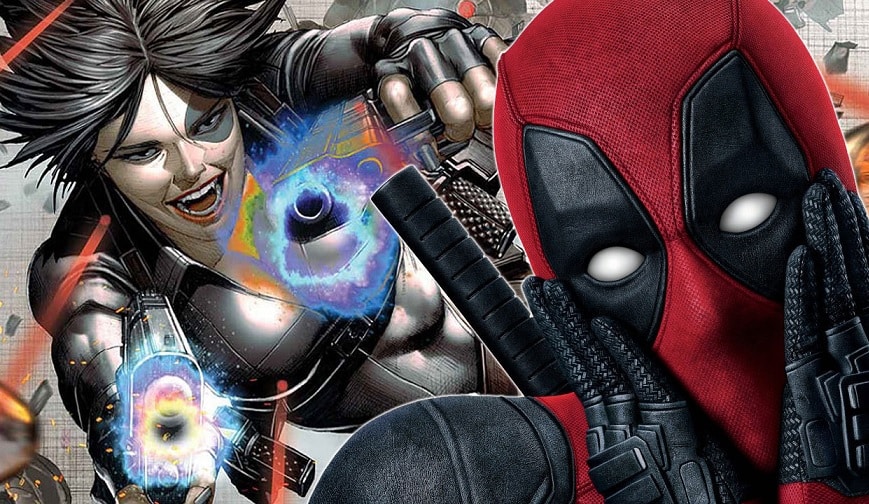 With all the super hero movie news going around, everyone is all hyped up and sitting on the edge of their seats waiting for the next thing coming around.

We just recently had all kinds of things come down the pipeline at break-neck speeds from the panels at the San Diego Comic Con. But does the huge Con event hold all the cards when it comes to the nerd news and promos we all want and need?

Nah. Deadpool was holding a card of his own and we got to see it in all its beautiful glory.

Ryan Reynolds shared the promotional photo of Zazie Beetz as Domino today via Twitter. The caption he posted reads:

Some people just know how to work a red carpet. #Domino #DeadPool2 pic.twitter.com/llCc8JfKT6

There has always been a double meaning behind the things Deadpool says, and Ryan Reynolds takes great pleasure in continuing the quips and sometimes downright dirty commentary of his character. So why would this be any different? The ‘red carpet’ he’s referring to isn’t so much one you’d see at a Hollywood event as it is Deadpool’s suit, which she is laying on like a carpet in the picture.

Something else to take note of is that the picture looks quite a bit like the promotional picture of Deadpool laying quite romantically in front of a fire before the first movie was released. While Reynolds/Deadpool is stirring things up with his double meanings and quick jokes, the picture itself being a duplicate also has a lot to say for itself. I, for one, can’t wait to see how her character will play out if she is laying all over his suit like she owns it and maybe he ain’t getting it back unless he plays the game.

Many have noticed Domino doesn’t look like the character from the comic book, but honestly, who cares? She is smoking hot, and thankfully, the majority is happy to see this version of the character. Anyone who disagrees needs to check themselves for a pulse.

If you don’t have one, maybe waiting for Deadpool 2 to release and seeing her on the screen might change your disposition.