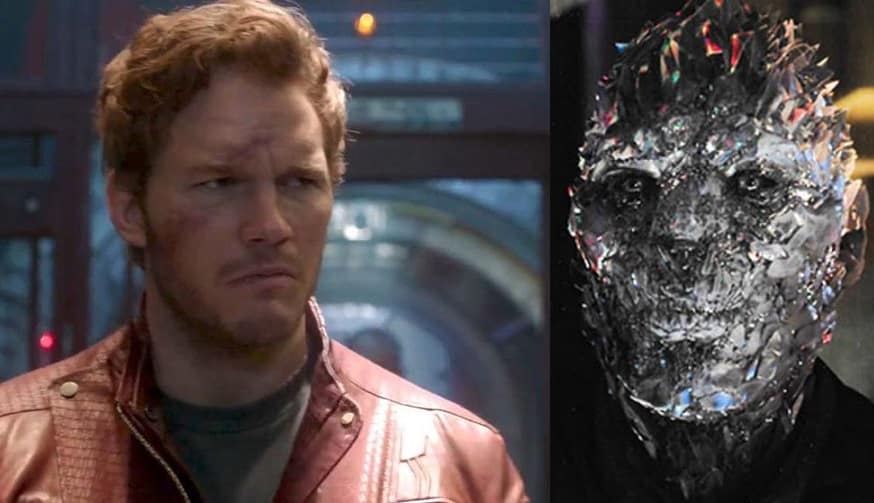 One of Guardians of the Galaxy: Vol. 2‘s many mid credit scenes saw Sylvester Stallone’s Stakar and first mate, Martinex reassembling his old team of ravagers, loosely based on the original Guardians Team – consisting of Charlie-27, Aleta Ogord, Mainframe, and Krugarr.

But are there any plans for the team to appear again in the future? Michael Rosenbaum, who plays Martinez certainly hopes so.

At this weekend’s London Film and Comic Con, we managed to ask Rosenbaum whether we would be seeing his character Martinex in any future installments, to which he revealed:

Will you see my character Martinex in any future Guardians of the Galaxy movies? You know, James Gunn called me up and said, ‘Hey. I want you to play this character. I really think you should. It’s a smaller character but he was one of the original ‘Guardians of the Galaxy’. and I’m like ‘yeah,’ and he said, ‘You’re going to be working with Sylvester Stallone.’ So I go, ‘I’m in. Stop there, I’m in.’ and he’s like, ‘I think there could be a future for this character’.

He said that he actually thought his character would somewhat resemble him, but that he was relieved that he didn’t require a large amount of makeup to become the character.

He also revealed that neither he nor Stallone have heard anything about returning before adding that he is hoping to play the character again in the future – and even took to Twitter to say it:

Love @ThatKevinSmith – one of the most genuine guys in the biz. Great chat. Hope you’re right & @JamesGunn brings me & @TheSlyStallone back

In the past, director James Gunn has explained that we will be seeing a different lineup of the titular team after Guardians of the Galaxy: Vol 3 is released. Could it be that we will see Stakar and Co. take over the franchise? Hopefully, we will find out soon.

What do you think? Would you want a film centred around this team? Would you prefer they just appeared as side characters? Let us know below!

Tags: Guardians of the GalaxyMarvelMCU
No Result
View All Result