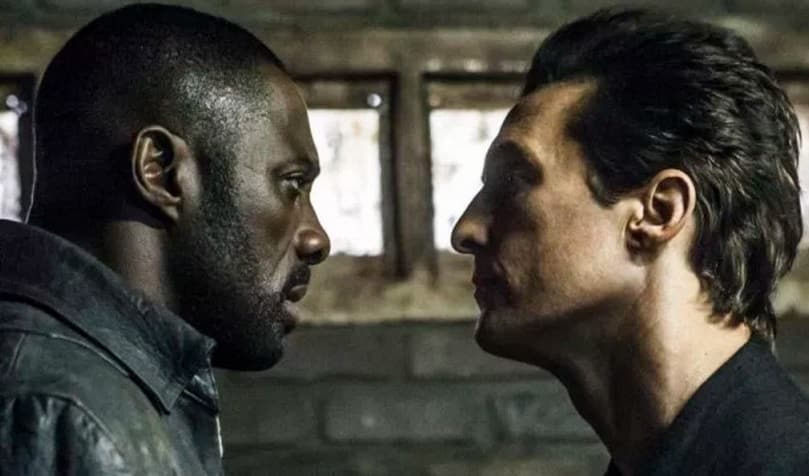 Many movie fans – especially the Stephen King faithful – have a great deal of questions about The Dark Tower. A lot of us wondered how it could ever be adapted at all, being such a massive story. (The eight novels in the series total a whopping 4,250 pages, and contain references that tie together a plethora of King’s other works, in essence creating its own shared universe.)

Bringing all this to the screen would certainly be a massive undertaking, difficult and complicated. However, we apparently didn’t know the half of it.

According to Variety, the film was hampered at every turn by the strangely unique situation of having multiple, unrelated entities in charge, each with the power to veto the others. The article cites director Nikolaj Arcel, Sony Pictures, Media Rights Capital, and Stephen King himself as the powers in question.

The archaic phrase “too many chiefs, not enough indians” comes to mind. The power struggle created by this quadrangle would surely have been constantly stepping on each others’ toes. It’s hard enough to get two people to agree, let alone four.

However, it may shed some light on the confusing things we do know about. For example, why is such a massive story crammed into a mere 95 minutes?

Why do some articles cite it as an adaptation, and others as a sequel?

Here’s what we know, courtesy of Variety:

“Sources paint an acrimonious picture of the production, one that was enabled by the unique nature of the deal that Sony struck with MRC — a pact that allowed competing power centers to emerge. The two companies split costs, and in return MRC was granted “kill rights” on everything from the marketing campaign to the final cut of the picture. If one company didn’t like a trailer or a cut of the film, it had to be scrapped, making it difficult to achieve consensus. It’s a rare type of partnership, with the kind of sign-off that few production companies enjoy. That led to a case of “too many cooks in the kitchen,” according to one insider. King also had a great deal of input. In return for the rights to his work, he retained veto approval of almost every aspect of the film.”

The director denied this, revealing:

“On a film with two studios and powerful producers, obviously there is much passionate creative debate on how to work certain ideas or beats,” he said. “But I felt supported throughout, and they all looked to me for answers. If someone had jumped into my editing room and taken over — I would have left instantly.”

“We shot this on time and on budget,” he said. “We didn’t go over our schedule by even a day.” Calling his company “artist driven,” he added, “We would never marginalize or remove a director or dare to edit a film.”

It’s hard to imagine this working out well. However, given the brilliance of the source material, the extraordinary talent of Idris Elba, and the fact that King gives his stamp of approval, I’m still extremely excited to see it come to life on the big screen. One can only hope that the film is 1) damn good, and 2) successful enough to warrant a few sequels, so the cinematic experience can do justice to the literary one.

Are you going to see The Dark Tower? What do you think of these insights from the production? Let us know in the comments below!