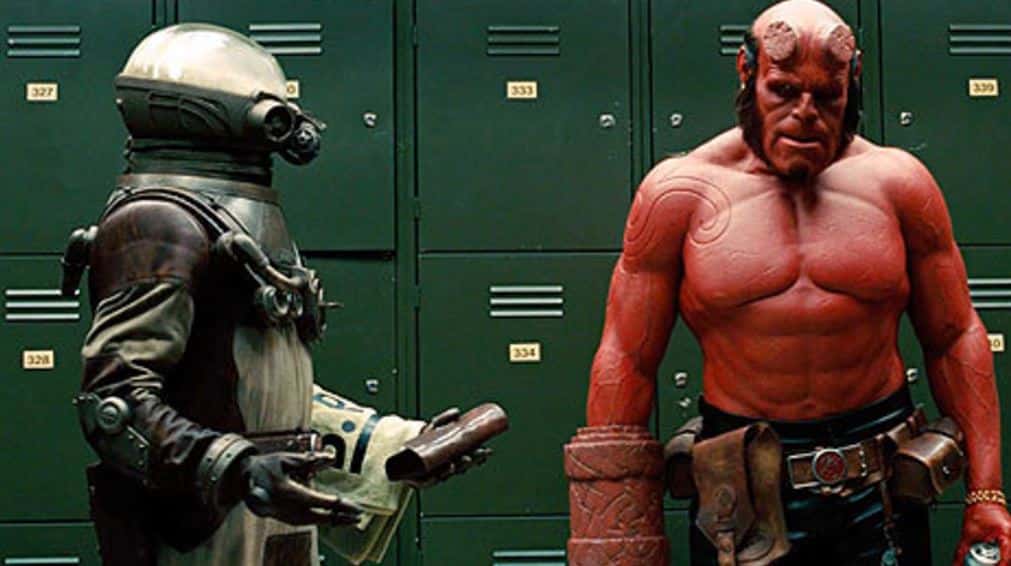 After Hellboy II: The Golden Army was released fans eagerly awaited news about the third and final part of the Guillermo Del Toro series featuring the titular character.

However, with the director continuously putting it off to work on other projects, the plug was finally pulled on the film with the announcement of a reboot, titled Hellboy: Rise of the Blood Queen. This undoubtedly disappointed many fans who were hoping to see the characters story come full circle.

At the recent London Film and Comic Com, we had the opportunity to speak to James Dodd, who portrayed the gaseous, Johann Krauss in the sequel. We asked the actor whether he was disappointed that we wouldn’t get to see the third film, to which he revealed:

“Yeah, I mean I guess so, there’s still lots of RUMORS as you probably know, so no one ever really knows so I think the latest is that Guillermo has gone on Twitter and said officially he is not doing it. But we still live in hope, so who knows what’s going to happen. Everybody is just staying positive.”

We then asked him his opinions on the man who is set to take over the role from Ron Perlman, Stranger Things actor, David Harbour.

“I’m sure he’d do a great job and I think it’s great that in whatever way it can, Hellboy should live on. But, of course, so many people love Ron and he’s the originator of the role so I think they’d have to really mix it up. But I’m sure he’ll do a great job.”

It certainly sounds like he is optimistic about the upcoming reboot, and he is right in his belief that Ron Perlman will be a hard act to top.

Hopefully, Harbour will prove us all wrong when Hellboy: Rise of the Blood Queen hits theaters next year and maybe there’s a place for Dodd to return as Johann.

What do you think? Are you disappointed we won’t be seeing the third film? Would you like to see Johann Krause return? Let us know below.