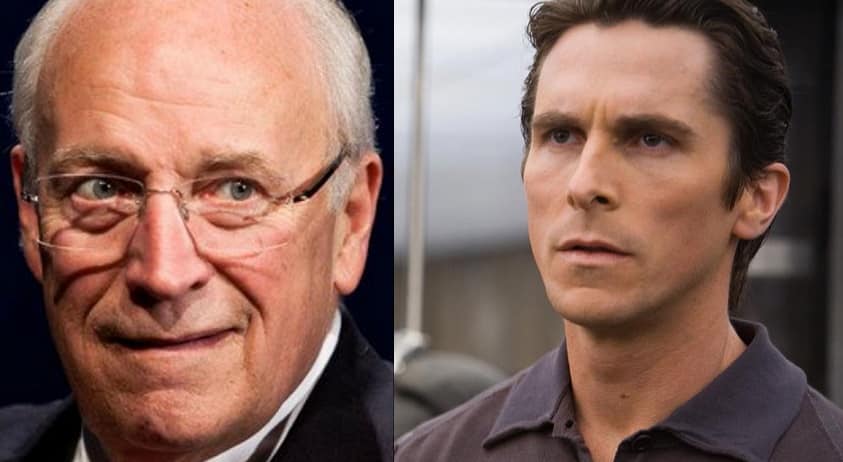 Actor Christian Bale is often considered one of the most committed and dedicated actors working in Hollywood today. He’s proven time and time again that he’s not only able to disappear into his characters, but physically adapt to the roles as well.

Anyone who’s seen him in The Machinist from 2004 knows he was nearly skeletal in appearance, but it’s shocking to see how quick he gained the muscle to play Bruce Wayne in 2005’s Batman Begins.

Now we’ll get to see Bale work his magic once again for his next film from director Adam McKay. The biopic will see him play former U.S. Vice President Dick Cheney. McKay previously directed Step Brothers and Anchorman, but it wasn’t until 2015’s The Big Short that he got to do a serious film – one that marks his first collaboration with Christian Bale.

Now you can see new photos below from Imgur which show Bale’s weight gain for the role of Cheney:

Christian Bale transformation for his new role of Dick Cheney.

Bale does initially sound like an odd choice to play Dick Cheney, but given his dedication both in the past and present, he seems like he’ll give it his all. Plus he’s already worked with director Adam McKay, so there must be something about him that McKay thinks is right for the role.

The biopic is currently untitled and also features Steve Carell as Donald Rumsfeld and Amy Adams as Lynne Cheney.

How do you feel about Christian Bale portraying former U.S. Vice President Dick Cheney? Are you excited to see what director Adam McKay conjures up? Let us know in the comments section below!