Insane Details Revealed For ‘Freddy vs. Jason vs. Ash’ Movie That Never Happened 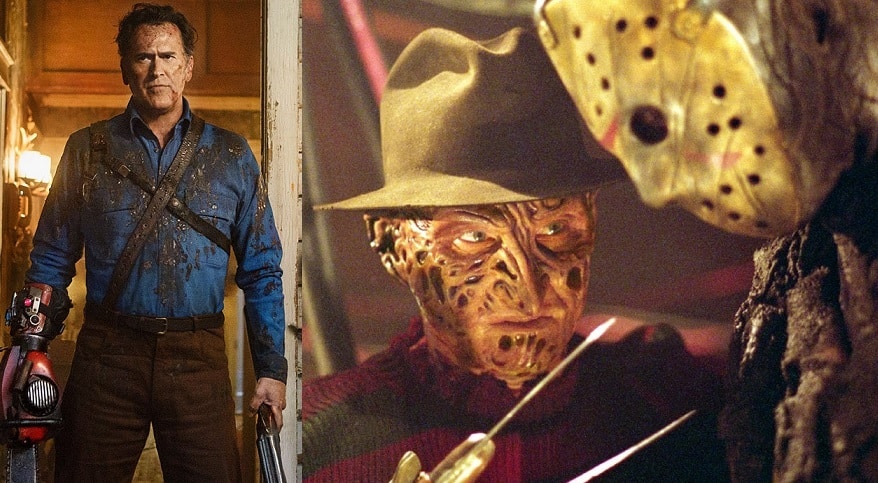 Although it took over a decade of development hell to get made, Freddy vs Jason finally slashed into theaters in 2003. And fans were hungry for more soon after – especially since the film ended more or less on a tie. New Line Cinema, the production company behind Freddy vs Jason, quickly discussed the potential for making a sequel. And naturally that led them to discuss bringing Bruce Campbell’s Ash Williams from the Evil Dead trilogy to appear in what would have been Freddy vs. Jason vs. Ash.

It went so far that Creative Executive Jeff Katz and Sr. VP Stokely Chaffin even pitched for Ash’s appearance in the sequel. Unfortunately the concept was dropped in favor for Sam Raimi and co to produce a remake of Evil Dead instead – which eventually happened in 2013.

Bloody Disgusting has revealed Jeff Katz’ original memo for the planned sequel which was sent out to New Line President and COO Toby Emmerich on October 30, 2003. It was entitled “ROUND TWO: FREDDY VS. JASON – ‘Why Ash Works'” and you can find it below.

It’s a really fascinating document that even reveals characters like Michael Myers, Pinhead, Leprechaun, Chucky, and even Phantasm’s Tall Man were discussed in appearing. But it was Ash that stood out and fit the most with Freddy and Jason, as the document elaborates on with interesting reasons.

There also seems to have been a plan for Ash to kill Freddy Krueger once and for all:

“Per our conversations with him [Englund] in the past, he agrees that the fans will embrace and accept the idea of Ash killing off our burned villain for good, as opposed to their reaction should a 16-year-old virgin girl do the job (again).”

That certainly would have been outstanding to see, and given a great finale to the character considering Freddy vs. Jason was the last time we got to see Englund in the role.

Maybe when the Friday the 13th rights revert back to Warner Bros next year, we’ll get to see some progress made on bringing back Freddy and Jason. And maybe even an all-new cinematic universe between the two slasher icons, properly setting the stage for another awesome fight.

How do you feel about Ash Williams having almost fought Freddy and Jason? Let us know in the comments section below!