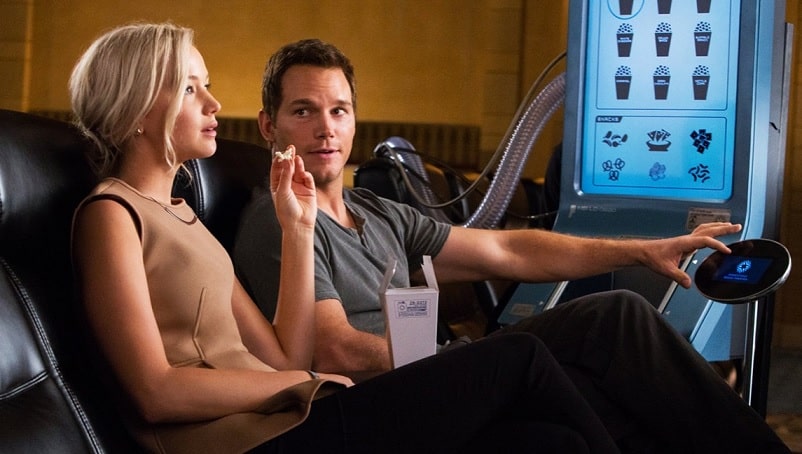 Despite having two mega stars in Chris Pratt and Jennifer Lawrence, 2016’s Passengers didn’t do all that great at the Box Office – or review wise.

Critics bashed it as being openly accepting of ‘sexism’ and date rape, among other things.

Well, it turns out that Jennifer Lawrence agrees with those criticisms and is actually disapointed in herself for not noticing it sooner.

In a recent interview with Vogue, Lawrence said:

“I’m disappointed in myself that I didn’t spot it. I thought the script was beautiful — it was this tainted, complicated love story. It definitely wasn’t a failure. I’m not embarrassed by it by any means. There was just stuff that I wished I’d looked into deeper before jumping on.”

Back in April, Producer Neil Moritz had similar comments:

“The reviewer said that we were justifying date rape, and I was like, what? I thought back to all the screenings that we had and nobody had ever thought that, but it was weird. One guy said that and a lot of media picked up on that and it became the mantra that the film carried, and I thought it was a really unfair thing because I think it’s a beautiful film I couldn’t be more proud of.”

Lawrence also spoke out about how we need to stay together as a nation:

“We can’t continue this divide and anger. There are issues affecting us as human beings, not as liberals and not as Republicans. We have to protect the foundation of this country, and acceptance.”

The September issue has arrived! #AnnieLeibovitz photographed #JenniferLawrence for one of her four covers in honor of our 125th anniversary. See all four in the link in our bio, and pick up your copy of the magazine on @amazon. Photographed by Annie Leibovitz, styled by @tonnegood. #Vogue125