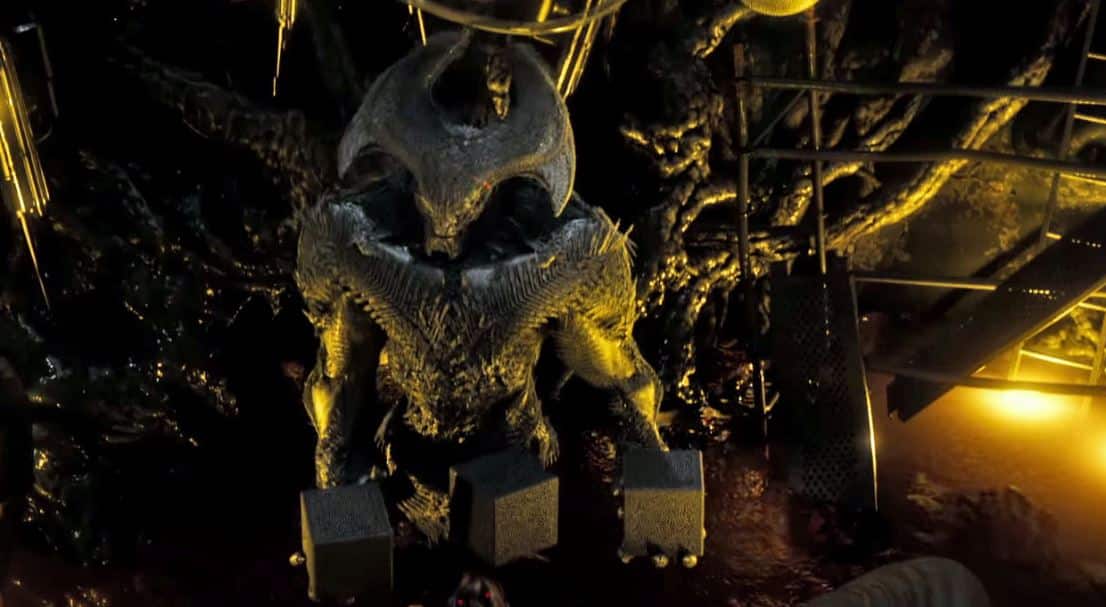 Brodie Perkins, designer of the Justice League villain Steppenwolf, has posted a concept of the character on Instagram.

Game of Thrones’ Ciaran Hinds will voice Steppenwolf, and he had this to say about the animation and creation of this character:

“So basically, they’re going to concoct some kind of construction and they will use my facial expressions – eyes, mouth, voice – they’ll turn into this murderous, avenging Steppenwolf from the planet Apokolips, apparently. Who’s bent on Hell on Earth,” Hinds stated after also having said “[Steppenwolf is] old, tired, still trying to get out of his own enslavement to Darkseid, [but] he has to keep on this line to try and take over worlds.”

With today also being the hundred day mark before the Justice League movie is due to be released, their social media campaigns are posting promo art in preparation.

The film is directed by Zack Snyder and stars Ben Affleck (Batman), Henry Cavill (Superman), Gal Gadot (Wonder Woman), Jason Momoa (Aquaman), Ezra Miller (The Flash), Ray Fisher (Cyborg), J.K. Simmons (Commissioner Gordon), and Willem Dafoe (Nuidis Vulko), will all be in this film, which means there will be something for everyone and there shouldn’t be any dull or filler moments.

Synopsis: Fueled by his restored faith in humanity and inspired by Superman’s selfless act, Bruce Wayne enlists the help of his newfound ally, Diana Prince, to face an even greater enemy. Together, Batman and Wonder Woman work quickly to find and recruit a team of metahumans to stand against this newly awakened threat. But despite the formation of this unprecedented league of heroes—Batman, Wonder Woman, Aquaman, Cyborg and The Flash—it may already be too late to save the planet from an assault of catastrophic proportions.