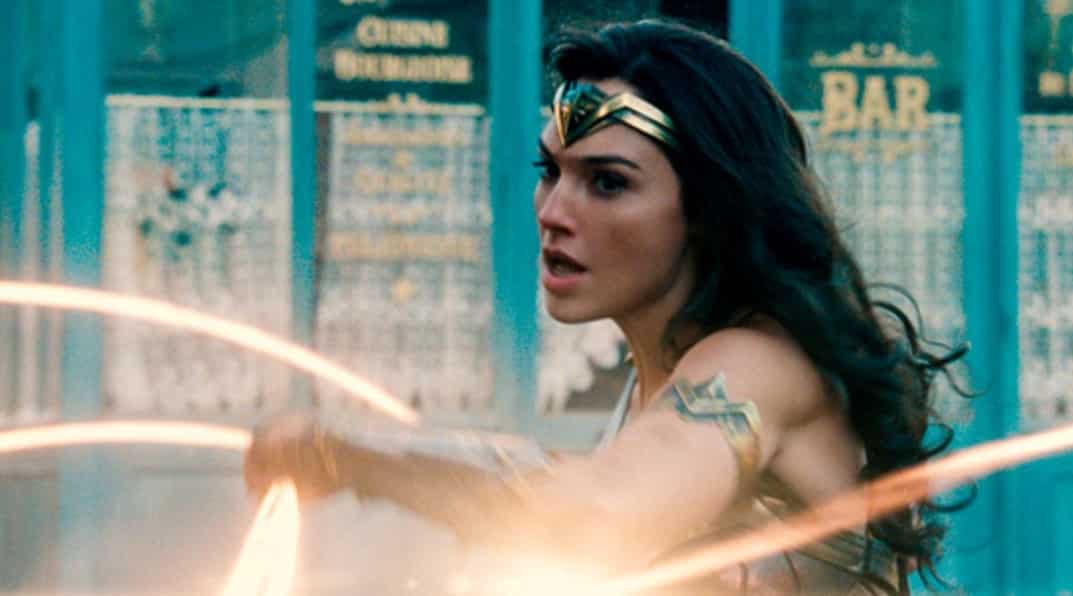 Back in May, popular theater chain Alamo Drafthouse had ‘Women Only’ screenings for Wonder Woman.

Per the theater chain’s announcement:

This angered some – who went to Alamo’s Facebook, in which they responded: 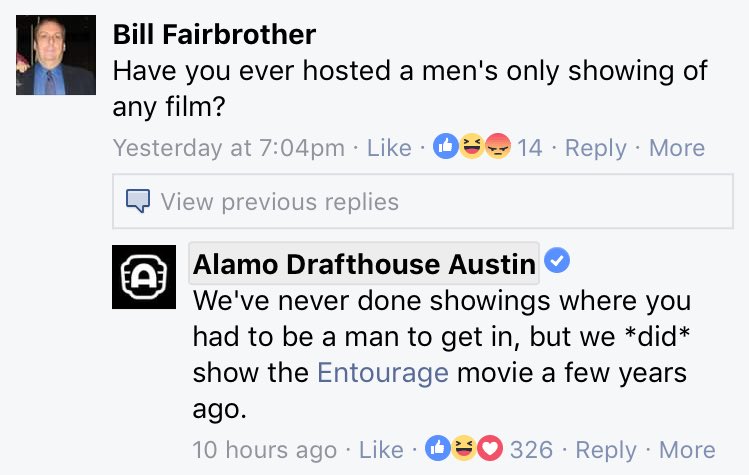 This angered more people, to which the theater chain contacted us directly with this statement:

“Obviously, Alamo Drafthouse recognizes ‘Wonder Woman’ is a film for all audiences, but our special women-only screenings may have created confusion – we want everybody to see this film.”

Well, it didn’t end there.

Stephen Miller, a writer for Heat Street, bought a ticket for the showing:

(That’s my ticket receipt on the right)

This, obviously, set the internet off:

You are such a gargantuan cock. What really is he matter with you?

Imagine getting this triggered over something that doesn’t effect your life in any way shape or form.

How like a man to take something women want to celebrate and pitifully make it about himself. https://t.co/NhubltLrvB

I hope this story ends with a lifetime ban from Alamo theaters. https://t.co/JqBMJGvVLG

If a dudebro’s compulsive show of masculinity is now protest-purchasing tix to women only screening of Wonder Woman, maybe we’ll be ok. https://t.co/fCTCmFDG2H

Want to clarify these WONDER WOMAN screenings include any of our guests who identify as women as well.

Promoting female-only “Wonder Woman” screenings was a violation of Austin’s equality laws, the Alamo Drafthouse acknowledged in a letter to the city last month…

The city processed two formal complaints against the theater for the two female-only screenings in June, one from Albany, N.Y., law professor Stephen Clark and the other from an unidentified man, claiming sex discrimination. City equality laws ban a public accommodation such as a movie theater from limiting its service, or indicating through advertising that it will limit it, based on race, sex, sexual orientation or other factors…

City records indicate one of the men with a complaint pending offered to settle in exchange for the theater changing its discrimination policies and publicly apologizing on Facebook. The other complainant asked the Drafthouse to pay him $8,892 — roughly three times the estimated value of tickets and concessions for the women-only screenings.

The chain was eventually forced to respond to said complaints, saying the following:

While speaking to MyStatesman, Clark said:

“I’m a specialist in anti-discrimination law, so I was fairly certain this was not lawful.”

Clark, who is openly gay, continued:

“If they were trying to do a gay-only ‘Brokeback Mountain,’ I would feel the same way.”

Clark then took part in another interview with The Washington Post back in June, saying:

“It’s the principle of the thing,” he said. “I’m a gay man, and I’ve studied and taught gay rights for years. Our gay bars have long said that you do not exclude people because they’re gay or straight or transgender — you just can’t do that for any reason.”

He also talked about how the theater chain mocked him when he contacted them:

“But when the theater responded to complaints, they were pretty snide about it and willing to mock anyone who had a complaint and that really struck me.”

“There is also the fact that what they were doing is illegal.”

Speaking on behalf of the theater chain, Missy Reynolds, director of real estate and development said that it was only a “tongue in cheek moniker” and that they wouldn’t have actually denied men who purchased tickets.

Alamo Drafthouse is yet to apologize on Facebook. The company has instead made a counter-offer to update advertising policy to prevent future discrimination, and to allow each complainant to write a letter that would be shared within the company.

And a free Wonder Woman DVD.

If no conclusion is agreed upon, Alamo Drafthouse could be prosecuted by the city.