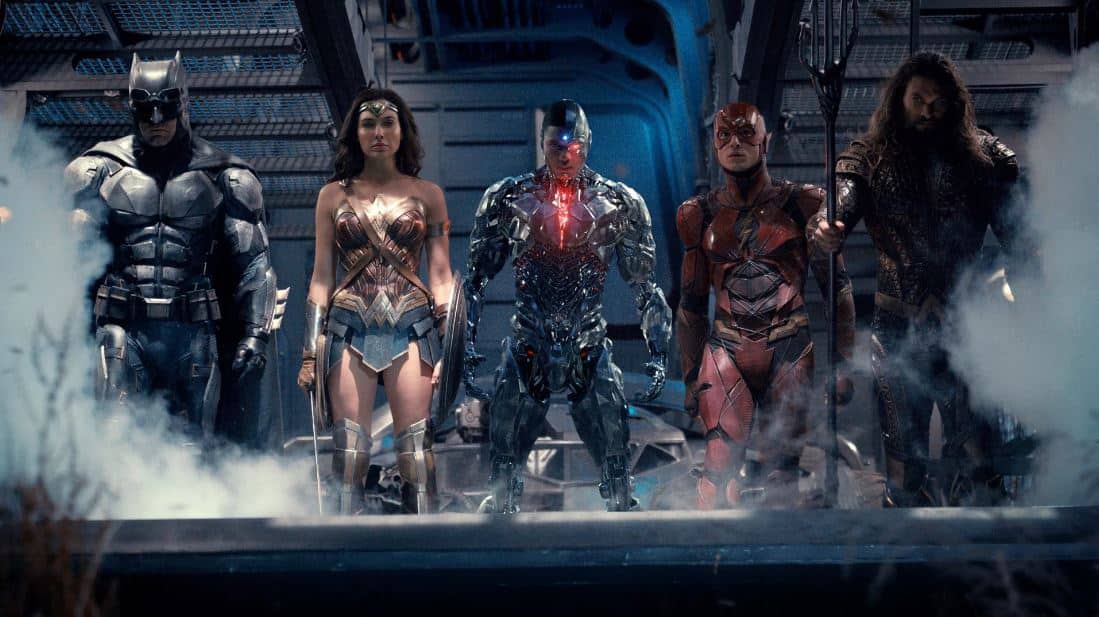 Obviously, when it comes to rumors and leaks, you should take them with a grain of salt.

As you should do with this next set of rumors that you’re about to read.

That is, unless, you don’t like potentially MAJOR SPOILERS – in which case, you should leave now.

A YouTuber from SDCC named Chris Hartwell alleges he has seen spoiler filled images from Justice League and CosmicBookNews managed to get all of the details down from the video:

Willem Dafoe’s Nuidis Vulko in James Wan’s Aquaman movie is said to be a part of Aquaman’s kingdom and is described as having “long grey hair, cool very Aquaman-esque armor going on there. Pretty exciting.”

Regarding Deathstroke, the YouTuber says he saw a Justice League photo of Joe Manganiello as Deathstroke with “grey hair, grey beard, eye patch, orange and black armor that we’re all accustomed to. One of him with the mask off. One where he is on a yacht.”

And regarding Henry Cavill as Superman in Justice League, the YouTuber claims he saw three photos. One featured the Justice League without Batman “kind of protecting and carrying a coffin,” assumed to be for Superman (or could it be Batman??).

The second photo appeared to be of a dead Clark Kent with Aquaman standing over him and Wonder Woman, Flash and Cyborg in the background. The YouTuber assumed it was Clark Kent because the person wore a suit (or is it Bruce Wayne??).

The third image features Superman with black pants, no shirt, flexed and looking angry staring down four of the members of the Justice League with Aquaman, Wonder Woman, The Flash and Cyborg.  It’s noted that “interestingly again, Batman is not in that picture.” It’s also suggested that Superman could be an antagonist (bad guy).

If Batman were to die, that could obviously just be something that could be used as The Flash altering the timeline. Because why would DC just kill off on of their best characters for good?

They did with Superman – and look how long that lasted.

Check the video out for yourselves below: