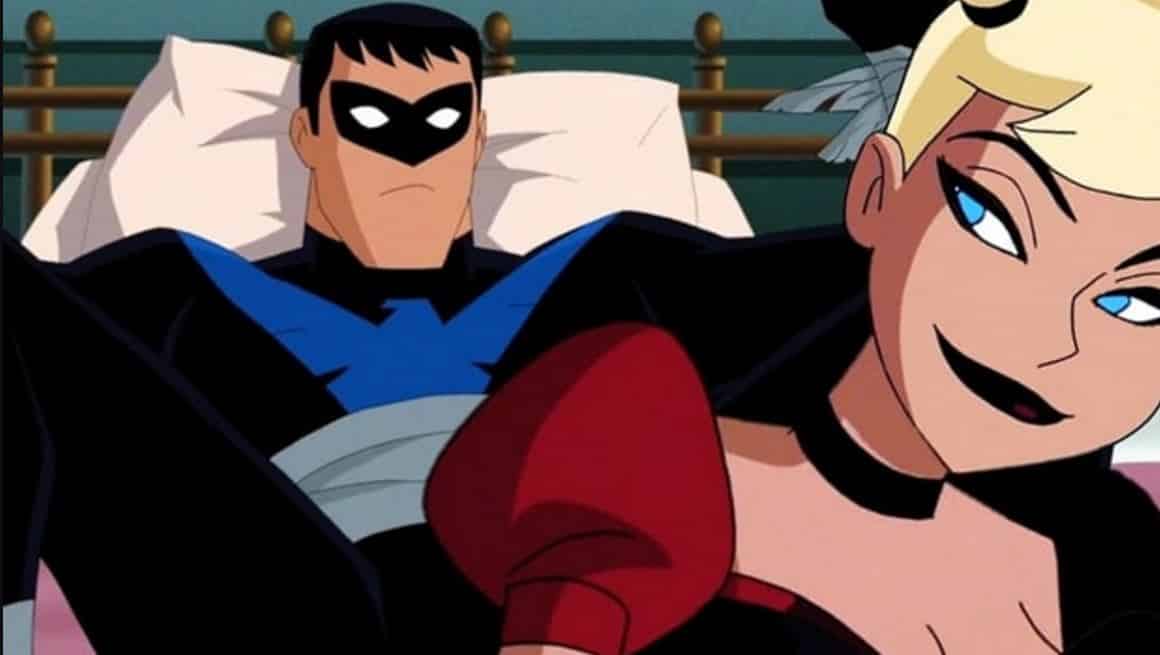 The DC animated films have been coming across a bit of controversy lately. Last year the DC Animated film, Batman: The Killing Joke, got the attention of quite a few angry fans when the movie depicted a scene of Batman and Batgirl sleeping together and that plot becoming a huge part of the film.

Anyone who had read The Killing Joke comic, written by Alan Moore, instantly saw this inconsistency and people who never read the comic saw this as very uncharacteristic of Batgirl.

It seems like we got another controversy surrounding another Bruce Timm’s Batman animated film in DC’s latest, Batman and Harley Quinn.

The scene that’s getting everyone’s attention is one that features Nightwing tied up by Harley Quinn. The set-up plays out as Harley is informing Nightwing that she has changed her ways and giving the former Boy Wonder evidence of that.

Later, Quinn is changing her clothes in front of Nightwing when she notices him checking her out. What follows is Harley turning off the lights and the two start to get a bit more “comfortable” and taking advantage of the situation they are in.

Some people are calling it distasteful and even claiming rape and questioning how the scene would play out if the roles were reversed.

Bruce Timm himself has spoke about the controversy surrounding his animated features:

“We were aware that it’s a little risky. There’s definitely some stuff in that first part of the movie that’s going to be controversial. Here’s where we came down on that specific issue: It was really important to us to show that both of the characters make some pretty big mistakes. I mean, his “parental skills” aren’t that great. Maybe never having had any kids of his own, he doesn’t realize that if you tell a kid to not do something, they’re going to want to do it even more. And then she makes some mistakes and then he kind of overreacts to her mistakes and then she overreacts to his overreaction. So it’s very human; it’s a very understandable story. It’s tricky because it’s messy, because relationships are sometimes messy. But to me and to [co-producer] Alan Burnett and to [screenwriter] Brian Azzarello, Alan and Brian, it was all very fascinating to us to explore that angle”.

WB’s animation department have been known to go on the mature side and even have made things R-Rated, but some fans are starting to think that this is going too far.

What do you guys think? Is there controversy surrounding the film or is it nothing to worry about? Let us know below!