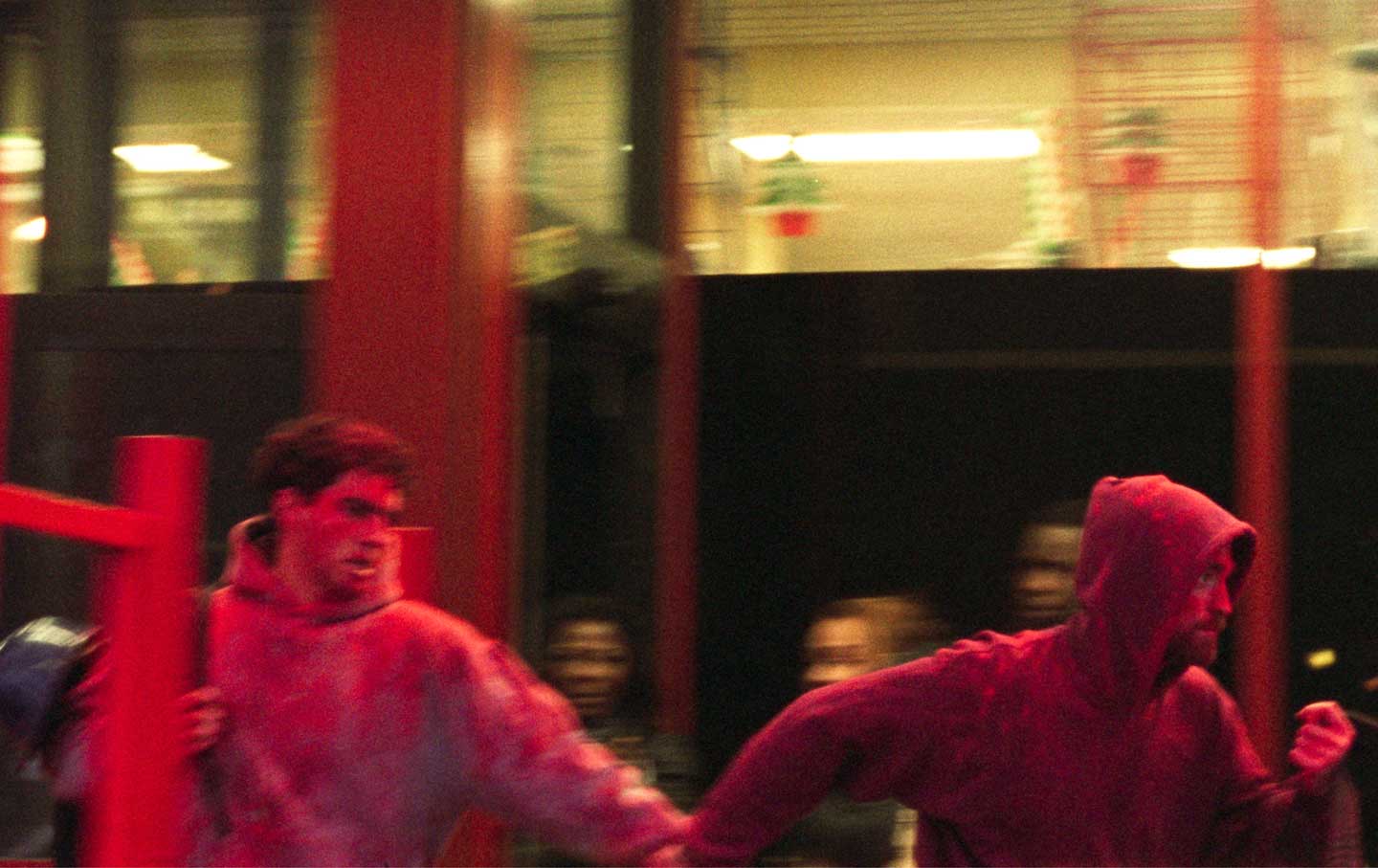 Robert Pattinson has quietly grown into one of Hollywood’s best young actors. Some film fans may still write him off for being a sparkly vampire in Twilight, but Pattinson has delivered some great performances in his post-Twilight career. The Rover, The Lost City of Z, and Life have all shown that Pattinson has a lot of promise ahead of him in his career.

Continuing to work in the indie scene, Pattinson stars in one of the Cannes Film Festival’s highlights Good Time. The film follows Connie, a bank robber who is put in a tough spot when his brother is arrested during a robbery. During a wild night, Connie shows he will do whatever it takes to break him out.

Fueled with adrenaline and shot with intoxicating aesthetics, Good Time is one of the year’s most impressively crafted indies, a film that thankfully matches its raw bravado with a fascinating ethical debate.

Center stage here is Pattinson, who gives perhaps the year’s most impressive performances. He commands the screen with absolute authority as Connie, with his wide-eyes and twitches displaying a man in a desperate frenzy. Pattinson paints in details through his mannerisms, adding layer upon layer to a seemingly familiar archetype.

Impressively enough, this film’ supporting cast matches Pattinson’s fantastic performance. Co-director Benny Safdie is heartbreaking in his few scenes on screen, providing the emotional crux for the entire film just through his painstaking reactions. Buddy Duress is also phenomenal, going toe-to-toe with Pattinson with a naturalistic performance, as well as young Taliah Webster.

Following up their successful debut feature in Heaven Knows What, The Safdie Brothers up the ante with a visually alive yet assured follow-up. Similar to Nicolas Winding Refn’s Drive, the duo deliver a distinctive arthouse take on the heist genre, with their aesthetic touches capturing the dark crevices of New York’s criminal underbelly. To develop such a textured world in only 100 minutes and with only a few locations is an absolute feat. Their direction keeps the pace moving at a restless pace, intoxicating audiences with their feverish momentum and unique stylistic touches.

Unlike a lot of modern action flicks, scribes Josh Safdie and Ronald Bronstein deliver a script that matches the film’s entertainment value. This is thankfully a film that doesn’t feel the need to slow down and flat out explain every detail about the characters, rather having important details discovered naturalistically through the story. It’s a tall task to pull of a narrative that aims to be aimless, but the duo flesh out each pit stop in Connie’s journey with enough plot and quirky details. Its rare to see a movie that can be so thrilling, yet at portions also be kind of hilarious as well.

What in particular has made Good Time stick with me past the closing credits is the ethical dilemma at its core. Throughout the duration, the audience is often disgusted and shocked by Connie’s actions, with his reckless abandon taking out anyone in his path. However, as the film’s opening and closing moments display, we see the purpose of his actions intensely. Rarely has a film left me so conflicted and just flat out stunned, and I continue to ponder the film’s complicated moral compass long after my viewing experience.

Good Time is one of the year’s most memorable achievements, hopefully also serving as a breakout for its terrific cast and duo of young directors.