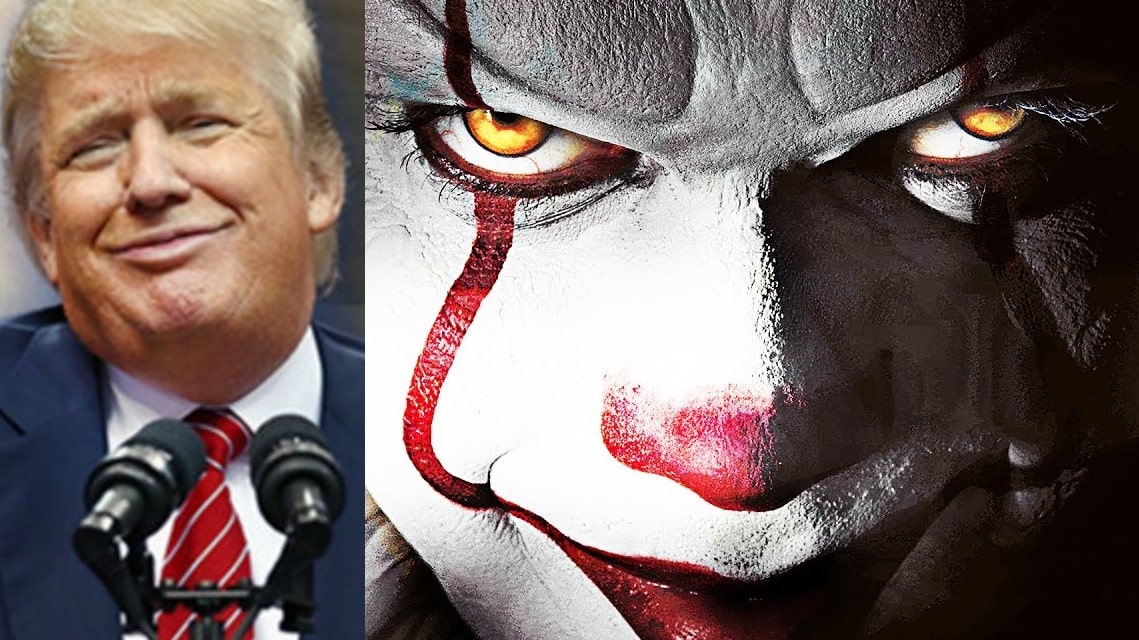 The upcoming movie adaptation of Stephen King’s ‘IT’ novel is one of the most buzzed about movies of the year. A lot of people I know are pumped to see the film, including myself.

One person that apparently won’t be watching?

That is, according to a recent tweet from King himself:

Donald Trump blocked me on Twitter. I am hereby blocking him from seeing IT or MR. MERCEDES. No clowns for you, Donald. Go float yourself.

This isn’t the first time that King has spoke out against Trump:

Donald Trump is unfit for office. Needs to be removed.

As far as Stephen King’s involvement in the upcoming film – he wasn’t involved at all:

“I wasn’t involved at all. I wished them well,” he said, before admitting: “Geez, I don’t even think they sent me any swag from that one! But maybe that’s a good thing. I’ve seen it, it’s fabulous.”

According to director Andy Muschietti, there was a reason for that:

“I’m very happy making an adaptation, my interpretation of the story, and I would be thrilled to meet Stephen King, but there comes a time in the process where you start feeling good with your interpretation of it, and your contribution to the story, and it doesn’t feel like I want to discuss my ideas with him, you know? I don’t know. It feels like something that I would be embarrassed to tell him, you know? ‘Your words and your moments don’t work,’ right? [laughs].”