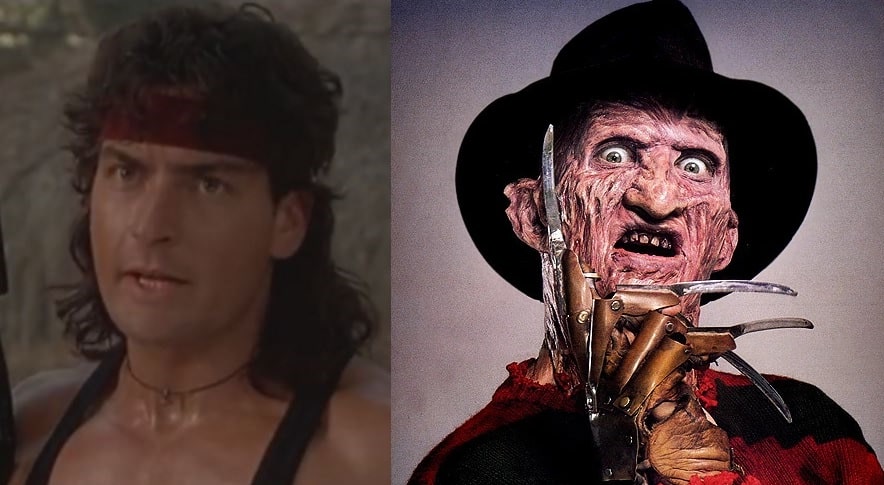 Few actors/celebrities over the past decade have been in the headlines as much as Charlie Sheen. His constant shenanigans and notably downward spiral have been a constant in the tabloids, leaving many to forget that Sheen is actually a pretty solid actor.

Sheen, who has been in quite a few iconic films like Wall Street and Major League could have possibly had another iconic role under his belt. Producer Bob Shaye recently explained that Charlie Sheen could have been in A Nightmare on Elm Street in a recent interview with Vulture:

“Charlie Sheen was initially cast as Heather’s boyfriend, and he wanted $3,000 a week, which we couldn’t afford.”

To think about this now is interesting, as A Nightmare on Elm Street is one of the most iconic horror films of all time. While many may forget now, Sheen had a very successful acting prime during the 1980’s and 1990’s, proving himself to be one of Hollywood’s best young stars at the time.

It is pretty wild to think that Sheen was replaced with Johnny Depp, whose appearance as Glen was the breakout for the young star. While Sheen does not have a lot of versatility as an actor, Depp has proven himself to a skilled actor who can disappear into any role he’s given. Would Sheen’s appearance in this film change his career, or even life in a positive way? No one will ever know.

What do you guys think of Sheen possibly appearing in A Nightmare on Elm Street? Let us know in the comments below!