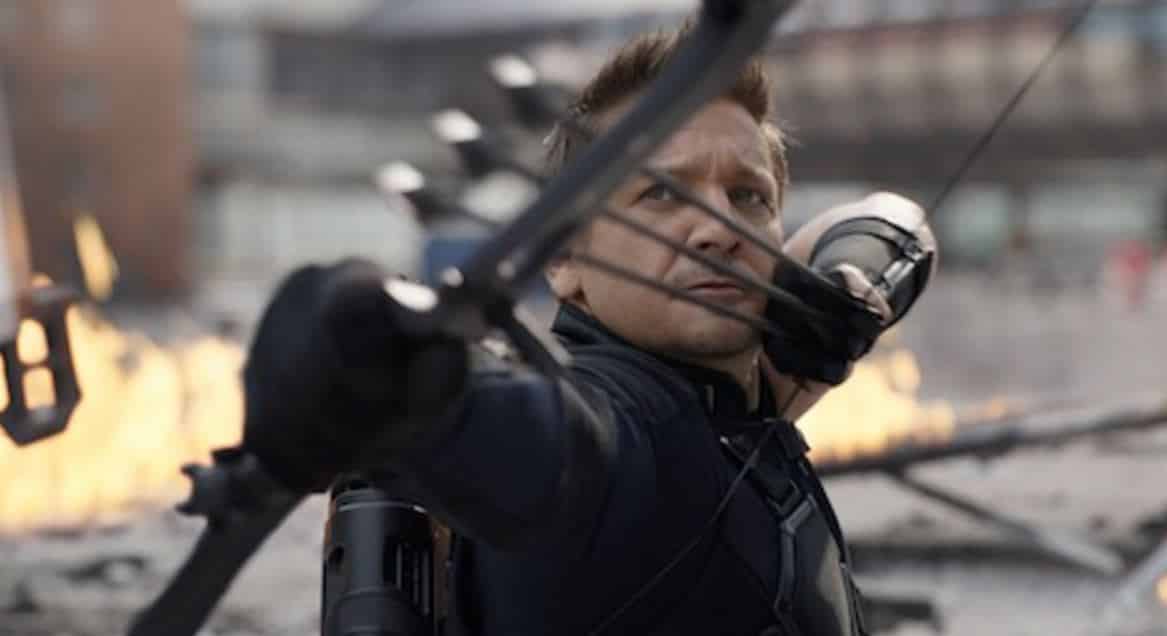 A fascinating new rumor suggests that Clint Barton may abandon his Hawkeye alter ego in Avengers 4. If so, he’ll likely do so in favor of a darker, lonelier identity.

In the comics, Barton became Ronin after the events of Civil War. He’s a mysterious, sword wielding character. Yes, you read that correctly, a sword. It’s hard to imagine Hawkeye without his signature and arrow, but there’s a very good reason behind the drastic transformation.

According to MCUExchange, our favorite snarky sharpshooter will endure an unimaginable loss. Feeling adrift after the tragic event, he will adopt the persona of Ronin – the Japanese term for a samurai with no clan or master. But what could this devastating loss be?

All signs point to his most beloved possession: his family. After years of thinking that Clint and. Natasha were eventually going to get together, we learned in Age of Ultron that Barton in fact has a loving wife and a few adorable kids. What the what? Yup, he’s actually a devoted family man, who spends his downtime renovating his old farmhouse in the middle of nowhere, chopping firewood, and fixing the tractor. He even retires (albeit briefly) after the Sokovia incident to spend more time with them and keep them safe.

It seemed like one hell of a reach for the 616 faithful. However, in Marvel’s Ultimate universe, Clint does in fact have a family. (They’re murdered by none other than Widow herself in the comics – the ultimate betrayal.) That sounds dark as hell for the MCU, right?

But they’ve taken so much criticism over the years for being too light in tone, and especially for not killing off any characters. This would be a way to change that reputation, and give an important member of the team a heavy storyline, without killing any of the main heroes.

Evidence supporting this is thin at the moment, but we do know that the superhero will have a drastically different look in A2, and we also know that some filming has taken place in Japan – the home of the concept of ronin. Another possible connection is to the Secret Invasion storyline, in which the shapeshifting Skrulls infiltrate the superhero ranks, impersonating many of them in an attempt to gain control of Earth.

The Skrulls, as you may know, will be introduced to the MCU in 2019’s Captain Marvel. The Secret Invasion story would be a perfect way to bring them in. And it was during the SI arc that the Hawk disappeared, and Ronin took his place. If this does happen, expect the story to be treated very mysteriously. In the comics, not even his fellow supers know Ronin’s true identity.

Could Secret Invasion be part of Marvel’s next phase? If so, what does that mean for Hawkeye? Tell us what you think below!