A Look Back At Darren Aronofsky’s ‘Requiem for a Dream’ 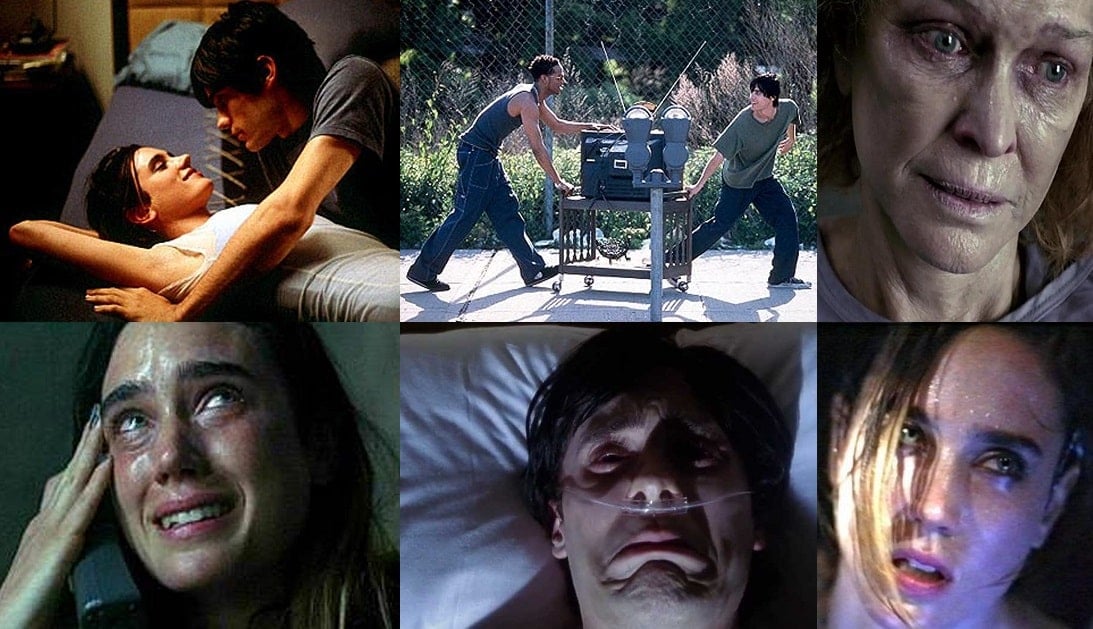 Darren Aronofsky first drew critical acclaim with 1998’s Pi, a film about a paranoid mathematician searches for a key number that will unlock the universal patterns found in nature. The critical acclaim and success of that film gave him the opportunity to produce 2000’s Requiem For A Dream, a film that by all accounts isn’t something the average moviegoer would want to watch more than once. It’s an awful film – but that’s why it’s so good.

It’s been classified as a “drug” film by most reviewers, but Aronofsky himself has stated this isn’t the case:

“Requiem for a Dream is not about heroin or about drugs… The Harry-Tyrone-Marion story is a very traditional heroin story. But putting it side by side with the Sara story, we suddenly say, ‘Oh, my God, what is a drug?’ The idea that the same inner monologue goes through a person’s head when they’re trying to quit drugs, as with cigarettes, as when they’re trying to not eat food so they can lose 20 pounds, was really fascinating to me. I thought it was an idea that we hadn’t seen on film and I wanted to bring it up on the screen.”

So what exactly is it?

The film starts out showing us how Harry Goldfard (Jared Leto) continuously pawns his widowed mother Sara Goldfarb’s television to fund the drug use by he, his best friend Tyrone and his girlfriend Marion. This upsets his mother, as she watches the TV quite frequently – game shows specifically. After she receives a call that she’s going to be featured on one of the game shows she watches, she becomes excited about wearing her red dress she used to wear with her husband, but finds out it no longer fits. She starts using weight-loss amphetamines – and becoming a maniac.

On the other side of the spectrum, however, Harry and Tyrone dream of being big time drug dealers to have all the money that they want.  Marion holds on to Harry’s word and believes Harry when he says he’ll have enough money to soon launch the clothing business she wants.

Without giving away much more, the film shows the characters spiral out of control as their addictions get the best of them.

Imaginatively evoking the inner landscape of human beings longing to connect, to love and feel loved, the film is a parable of happiness gloriously found and tragically lost. “Requiem for a Dream” tells parallel stories that are linked by the relationship between the lonely, widowed Sara Goldfarb and her sweet but aimless son, Harry. The plump Sara, galvanized by the prospect of appearing on a TV game show, has started on a dangerous diet regimen to beautify herself for a national audience.

It’s a very hard film to watch, but it’s a necessary one. It was actually rated NC-17 by the MPAA, a controversial decision and one that Aronofsky and the studio didn’t agree with:

“The MPAA has a place in the world, but definitely has to be re-thought. It is being run by people who really don’t know what the pulse is and where people’s minds are right now.”

“Despite the MPAA’s denial of the studio’s appeal to the NC-17 rating for ‘Requiem for a Dream’, Artisan Entertainment continues to stand behind Darren, his work and the final cut of the film.”

“Artisan maintains that the ruling is not appropriate, especially when one considers the sexual images that appear in other R, andeven PG-13 rated movies as well as the context in which the sexual scenes in question are portrayed within ‘Requiem for a Dream’ — the scenes are not gratuitous, appear very briefly and are key to the character’s physical and more importantly, psychological deterioration. Artisan Entertainment will release ‘Requiem for a Dream’ unrated in order to protect Darren’s creative vision and to allow audiences to view the film as it was originally intended.”

“The film was always designed to culminate in a two minute avalanche of sounds images and ideas. I wanted to create a punk movie and I wanted to bombard the audience with an intense roller coaster ride.”

Upon the film’s release, it received mostly great reviews, as it currently boasts a 78% on Rotten Tomatoes:

Rolling Stone: [It] may be a bummer to some audiences, so harsh is its view of the drug culture. But no one interested in the power and magic of movies should miss it.

Reel Talk Online: At times disturbing and always intense, this flick offers its own acid trip for viewers and is a first-hand look at four people who become trapped by their own hell.

Chicago Reader: A staccato narrative parallels the experiences and hallucinations of a woman on drugs with those of her son and his friends.

BBC: This is, without a doubt, cutting-edge film-making.

Roger Ebert: Aronofsky brings a new urgency to the drug movie by trying to reproduce, through his subjective camera, how his characters feel, or want to feel, or fear to feel.

Though, it wasn’t without its negative reviews:

San Francisco Examiner: It’s one of the most beautifully unpleasant movies ever made — its reverse charge being that it is no fun at all.

Fort-Worth Star: If this is the future of cinema, I’d rather be home watching television.

The film scored an Oscar nomination for Ellen Burstyn, even though she ultimately lost to Julia Roberts’ performance in Erin Brockovich. Looking back on that now, it’s not surprising, given The Academy’s reluctance to nominate Independent films back in the day. In a perfect world, Aronofsky and Jared Leto would have both been nominated. Aronofsky’s unique style of directing ultimately made the film. Leto’s acting is great and he even said that he befriended actual heroin junkies to prepare for the role. Clint Mansell also creates an amazing musical experience that really defines the movie.

Marlon Wayans and Jennifer Connelly are great in the film as well.

But then again, it’s The Academy we’re talking about here. They tend to go with what’s popular at the time as opposed to what’s the best.

Overall, the film is still one of my favorites. It’s bleak and disturbing and one that you’ll definitely never forget – kind of like this scene:

It details the downward and depressing spiral of people that just want to make it in this world in their own unique way – but let their addictions spiral out of control. It’s hard not to feel for the characters, but it’s hard to feel for them at the same time knowing that they’re responsible for their actions.

If anything, Mother! isn’t Aronofsky’s first Horror film – Requiem for a Dream is. Even if it doesn’t seem like it on the outside looking in.