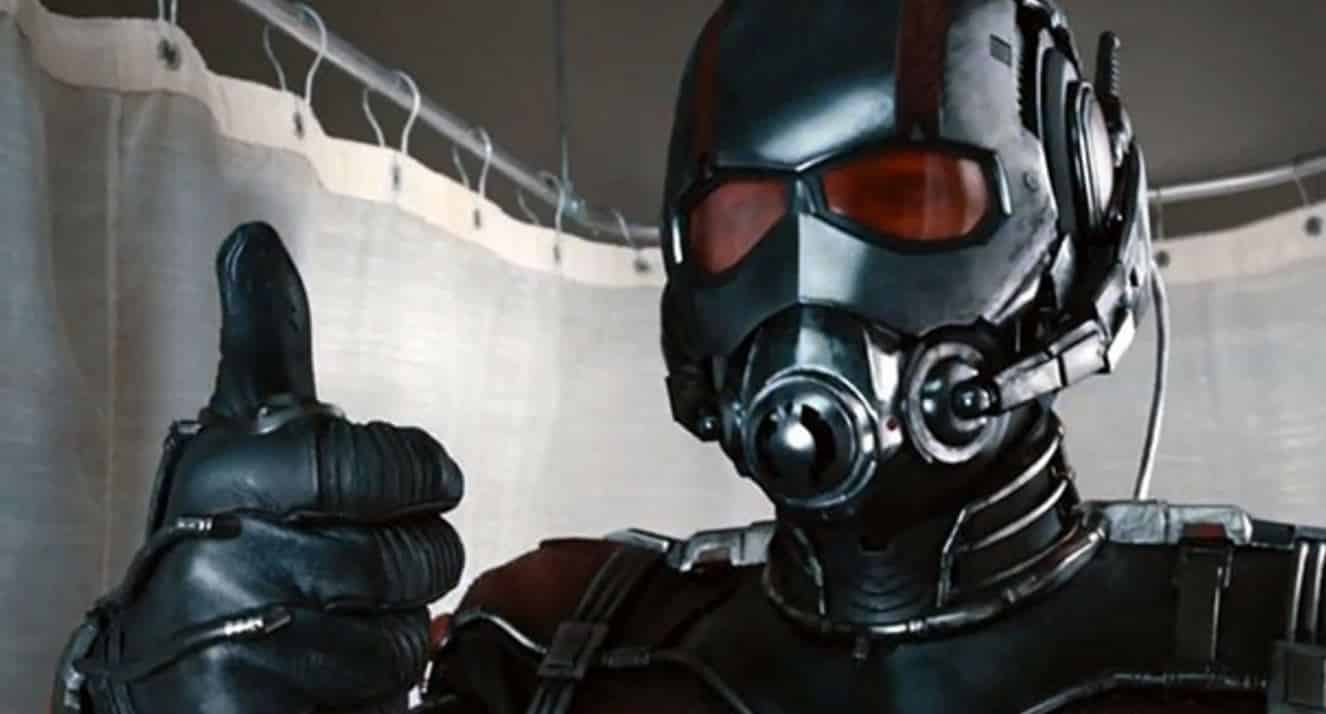 Photos from the set of Marvel’s upcoming Ant-Man & the Wasp have emerged revealing a new suit for Paul Rudd’s title character. Currently, little is known about the plot of this sequel, but we can imagine that it will delve further into the story of the original Wasp (Janet Van Dyne, who is set to be played by Michelle Pfiffer) while paving way for the emergence of her daughter, Hope Van Dyne (Evangeline Lily) as the iconic hero. This assumption can be made thanks to our first glimpse of Lily in the Wasp suit in earlier set photos.

The image, courtesy of Atlanta-based photographer Atlanta Filming, shows Rudd’s stunt double, Brett Smrz, clothed in a red and black suit. This new suit is more reminiscent of Deadpool rather than Ant-man, thanks to the deeper colours, sharper lines and more prominent paneling. Whether this new suit brings new abilities is unclear, though adjustments are to be expected following Scott’s brief transformation into Giant-man during Captain America: Civil war.

Now this is super cool. This is #AntMan‘s stunt double. If you know any kids that this may help uplift feel free to take it. pic.twitter.com/SIAlSvNGTK

While this is not the first that time the suit has been spotted (Paul Rudd recently sported the suit for Marvel Studios’ Hurricane Harvey fundraising campaign video), this is the clearest image we have of the new armour. Alterations have also seemingly been made to the Wasp costume since we last saw it at the end of Marvel’s Ant-man, it now appearing as a fuller and darker suit than what we have previously seen.

While fans continue to speculate over what meaning these changes may have, we will have to wait a while longer for definite answers, as Marvel’s Ant-Man and the Wasp is due for release July 2018.