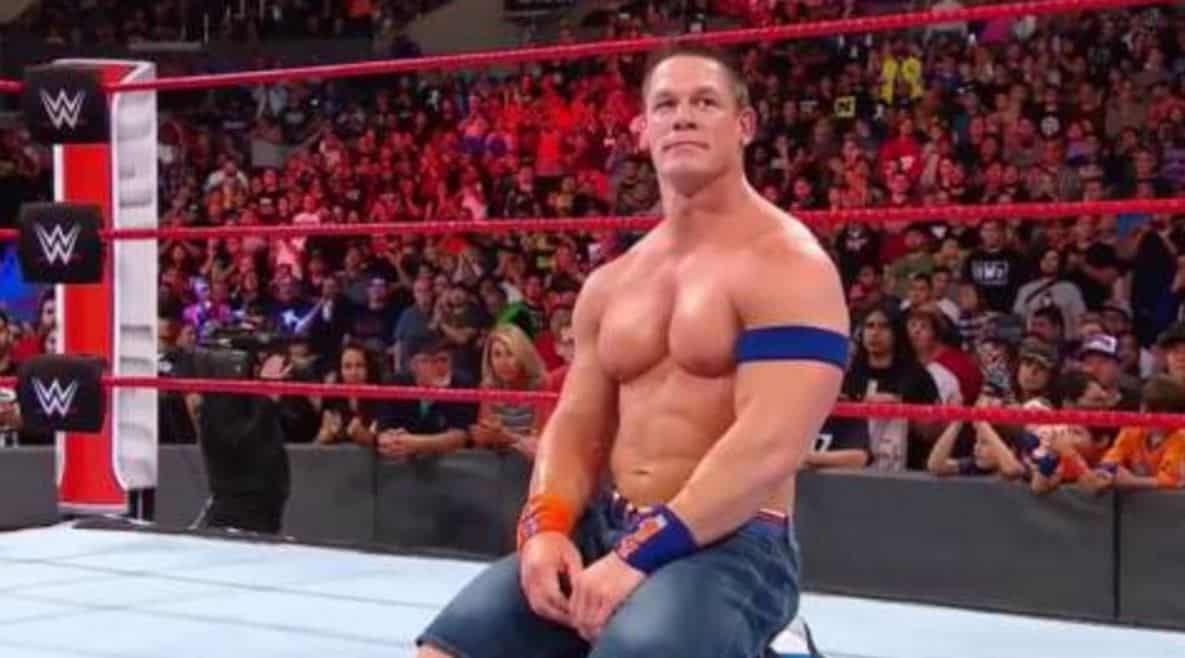 Last night at WWE’s “No Mercy” pay-per-view event, John Cena had an epic match with Roman Reigns. After many near-falls by both competitors, Reigns finally emerged victorious. But it was what happened after match that has people talking.

The build-up to the fight had a theme of legend vs upstart, genuine article vs carbon copy. Cena’s 15-year career has seen its share of ups and downs; times when he was incredibly popular, and times when he was the most hated man in the company. Reigns has followed a similar trajectory, albeit in a shorter amount of time. Tenure aside, however, many see the former Shield member as being an intentional, meticulously planned Cena 2.0, rather than someone who organically developed into a heroic figure.

This clash of titans was meant to settle the matter once and for all; to determine if Reigns is a cheap facsimile, or the legit future of the company. The two put on a memorable match, with each getting in at least half a dozen pinning predicaments. But in the end – however implausible it may be – Reigns was the winner. That in itself isn’t a great shock; veterans like Cena often lose to “put over” younger talent.

However, after the fight ended, Cena spent several moments in the ring, looking defeated. The crowd slowly began chanting “thank you Cena,” the sort of cheer we usually only hear after a competitor’s last match. Then, after walking up the ramp, Cena stopped at the top to give his trademark military salute to the fans. He appeared to be holding back strong emotions as he did so, holding the salute for a long moment before slowly walking away.

So, is this the end for Mr. Hustle, Loyalty, Respect? He appeared on Raw talk immediately after the broadcast, and this is what he had to say when Jerry Lawler asked if he’s gone now.

“Well, for years, everybody’s said they couldn’t see me. So was I ever here in the first place? *laughs*  But I just think my role is different. I said this same thing on the podcast to Edge and Christian. Regardless of if I have outside opportunities or not, I’m 40 years old. And I have 15 years of experience here in the WWE – not at a normal level, but at an elite level. I don’t know how much longer I can keep it up. If I have opportunities outside, great. Even if I didn’t, I think I’ve gotta know when to say when.

But I’m not done. I just don’t know if I can keep going at the pace I’ve been going, and I think that’s a major thing for me to try to consider. I mean, this is my family. This is my life. I eat, breathe, and sleep WWE. And I don’t think anyone, whether they like me or not, can argue that. So, uh, I guess I’ll be like a weird Batman character. When they shine the light, I’ll come running.”

So. While we haven’t seen the last of the legend, it certainly sounds like this may have been his final match as a full-timer. Perhaps he’ll take a nice long vacation, and when he returns, transition to an Undertaker type role, where he only shows up a few times a year, but each appearance is a major event.

What do you hope to see from John Cena in the future? Tell us your thoughts below!

Video: Comparing The Georgie Death Scene From Both ‘IT’ Adaptations
IT: CHAPTER 2 Gets An Official Release Date
Advertisement
To Top