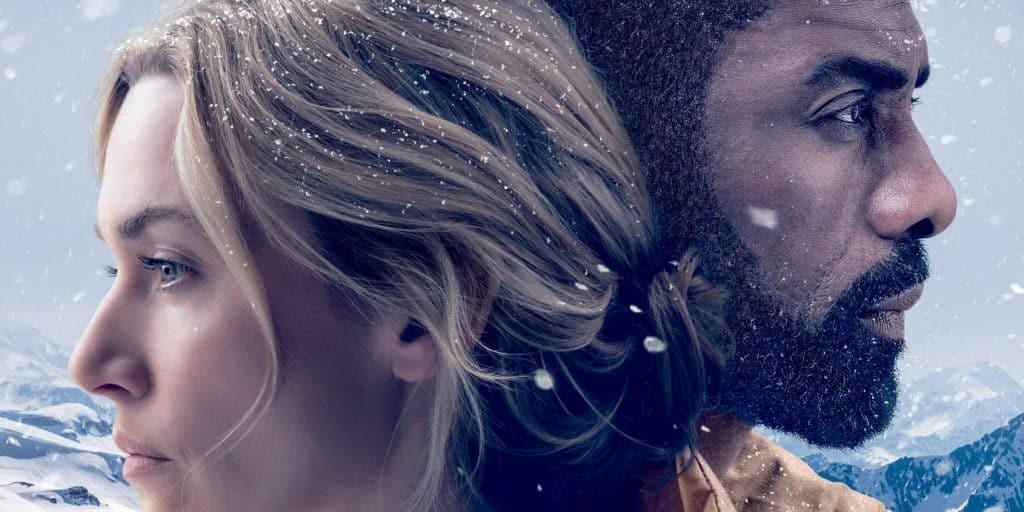 Featuring two Oscar-caliber actors, one would think The Mountain Between Us would be a serious awards player. Instead, its a melodramatic story of survival, one that has some merit despite its insincere core.

The Mountain Between Us follows two strangers who must travel together for important business. When their plane crashes stranding them on a mountain, they must fight to survive the dreary conditions.

Idris Elba and Kate Winslet are two bonafide stars, and its fun to see the two sharing the screen in a different kind of role. Both actors are strong as usual, developing a good chemistry as they fend for survival. The film does take a turn that sours their dynamic, but I will touch on that later.

The Mountain Between Us feels like a throwback to a different era, but I say that in a good way. In todays climate of constant action, the film takes a deliberately slow pace as the leads try to process the situation. The adventure aspects are enjoyable in the manor of a page-turning novel, hooking audiences moment to moment despite noticeable flaws. I credit foreign director Hany Abu-Assad for some strong direction, taking advantage of the practical environment with some impressive camerawork and shots.

The film takes a turn however in the second half that makes it a lot more melodramatic. Not to spoil too much, but Winslet and Elba’s relationship is taken to another level of intimacy, one that I don’t think this film earns. It’s the kind of turn that well either enhance audience’s engagement for the film or make them lose interest.

This turn makes the second half of the film less of a story of survival and more of a film about melodrama. While this melodrama isn’t as eye-rolling as it could be thanks to its cast, these moments never feel all that genuine. The emotional punches the film has in its final third largely left me unaffected.

The Mountain Between Us isn’t without some strengths, but its melodramatic approach makes it more of a rental than substantial viewing.

Continue Reading
You may also like...
Related Topics:Idris Elba, Kate Winslet, The Mountain Between Us