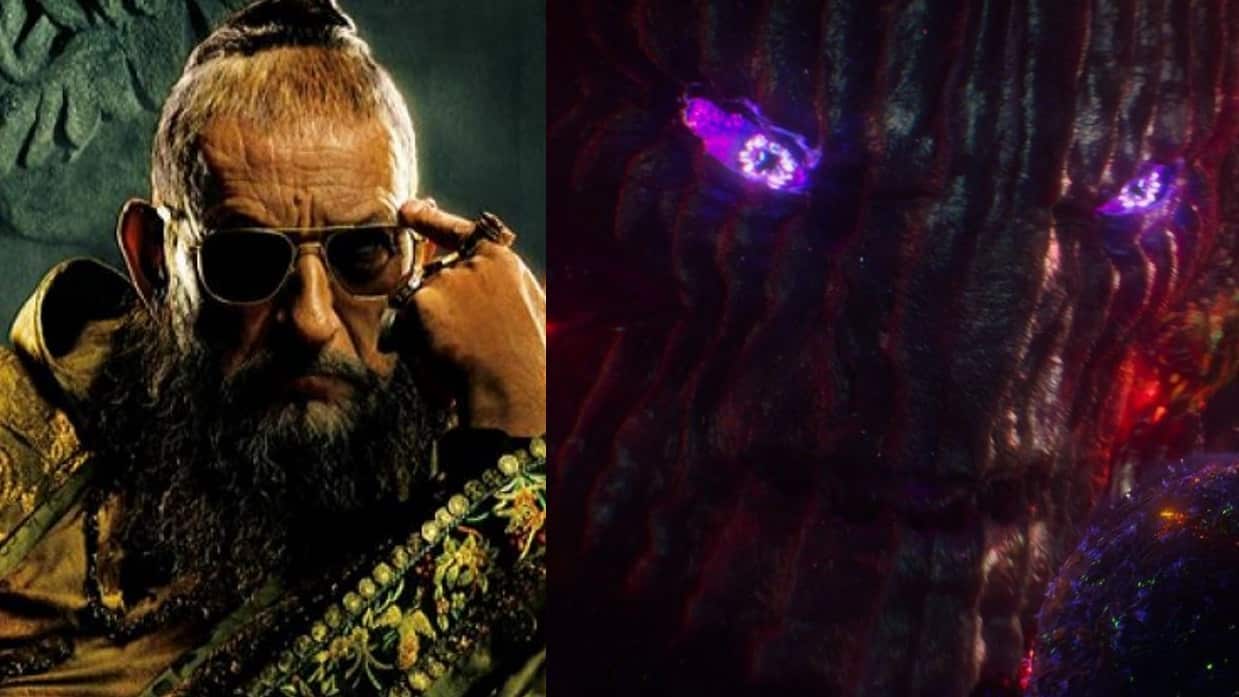 There aren’t many criticisms that can be leveled at the Marvel Cinematic Universe, but the regular inclusion of lackluster villains is the one criticism that Marvel has often struggled to shake off. Their heroic characters are carefully crafted, coming to the party with heartbreaking histories and a layered network of interesting relationships with one another. Which largely isn’t true of their opponents, who tend to have pretty shallow reasons for being angry at the world, and ultimately only hang around for the duration of one movie.

Those colourful pages inMarvel comics are filled with highly dangerous and genuinely interesting antagonists, whose live-action versions unfortunately don’t come anywhere near being as entertaining. Which isn’t the fault of the actors. The majority of performers cast as villains in MCU projects genuinely give it their all, but sketchy backstories and hammy dialogue ultimately conspire to hinder their performances.

Sure, some like Mickey Rourke’s ‘Whiplash’ and Guy Pearce’s ‘Killian’ are just plain boring. But then so were their original pencilled versions. Far more tragic than than these are the bad guys who had a huge impact on the comic universe with recurring appearances in major storylines, only to be reduced to disposable cannon-fodder when the time came to step up to the MCU.

Here’s our list of the top 10 most disappointing villains in the Marvel Cinematic Universe: 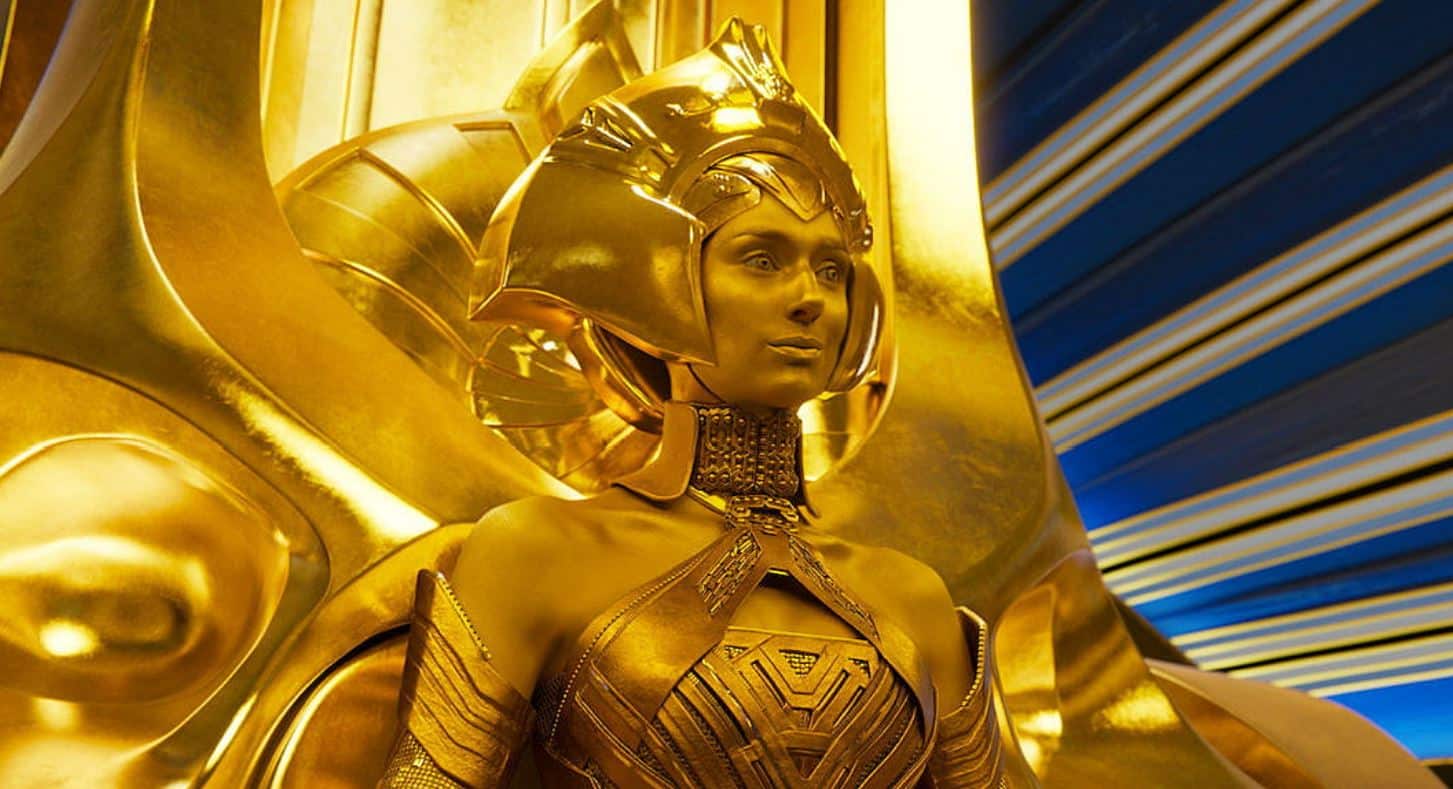 Elizabeth Debicki’s performance as the vengeful High Priestess of the Sovereign is a classic case of unfulfilled potential. In the comics, she is a cloned version of Adam Warlock. As powerful as she is beautiful, Ayesha is driven by a conflicted and skewered desire to do what she believes is right, meaning she ends up making enemies by helping the downtrodden as well as battling heroes on other occasions for her own selfish reasons.

The MCU version we see in Guardians of the Galaxy Vol. 2 was teased in the trailers as some kind of intergalactic dictator, as ruthless as she was attractive. What audiences actually ended up with was a caricature that spent the entire film on the verge of descending into a full-blown comedy character. Between her innuendo-heavy flirting with Starlord, and her childish fits when fighting the space battles, she’s a disappointing shadow of the original comic book character. 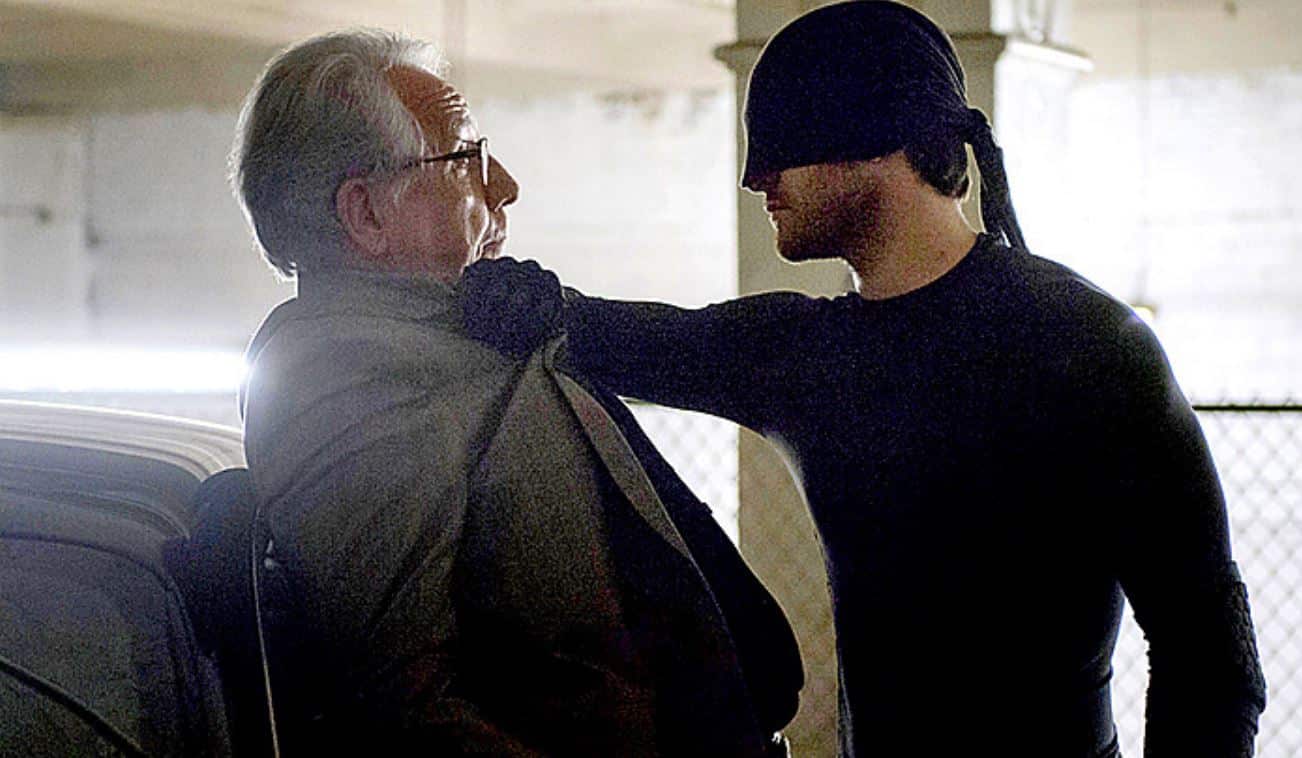 It was always going to be a challenge for Marvel to transfer a crime boss from comic to screen who loosely resembles and models himself on an Owl. But try they did, with the ever dependable Bob Gunton playing Leland Owlsley during the first season of Marvel’s Daredevil.

It’s a short-lived portrayal, with Owlsley meeting his end at the hands of an enraged Wilson Fisk, after attempting one double-cross too many. This is in sharp contrast to the iconic gangland boss from the comics who spent decades alongside Hammerhead, Tombstone and Silvermane fighting for overall control of New York, leaving a trail of bodies in his wake.

The original version of Korath is a mighty Kree warrior, founder and leader of the ‘Pursuer’ Caste. As well as being a skilled fighter, he is also a renowned geneticist, and one of the most famed servants of the Empire. He fights in countless battles, eventually meeting his fate at the hands of the Phalanx.

Compare that to the bumbling and incompetent character played by Djimon Honsou in the original GOTG movie. He’s inept to the point of farce, seemingly unable to catch a common cold, let alone a Guardian Of The Galaxy. Plus he’ll forever be reduced to a gormless facial expression and one liner, having acted as the punchline for the movie’s first trailer. All very disappointing. 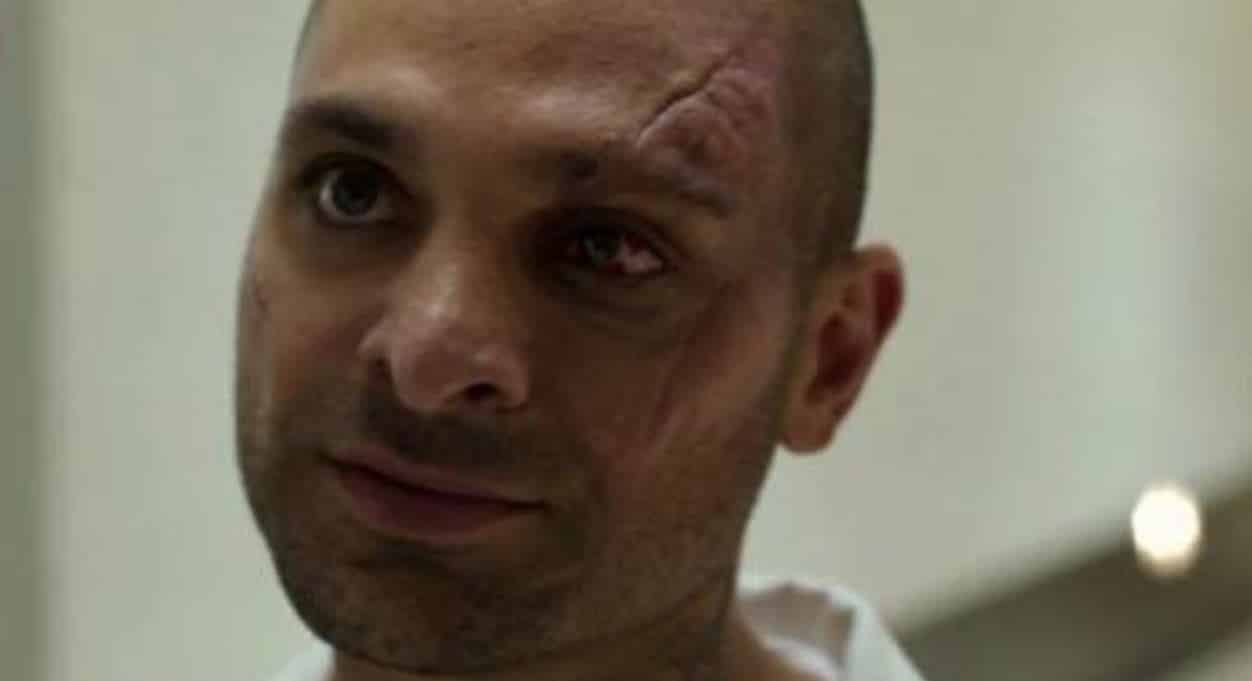 It’s quite rare for any Marvel character to have adopted a significant number of different identities, and so it’s a testament to the popularity of Mac Gargan that he’s managed to play two major villains and an anti-hero. Originally presented as Sinister Six member ‘The Scorpion’, he would go on to become the new ‘Venom’, and subsequently ‘Anti-Venom’ when the symbiote moved on to Flash Thompson.

That’s all in stark contrast to the yawn-inducing performance delivered by Michael Mando in Spider-Man: Homecoming. A hoodlum so insignificant he isn’t even a member of the main gang, he spends his two brief appearances getting beaten up, before being put in prison. 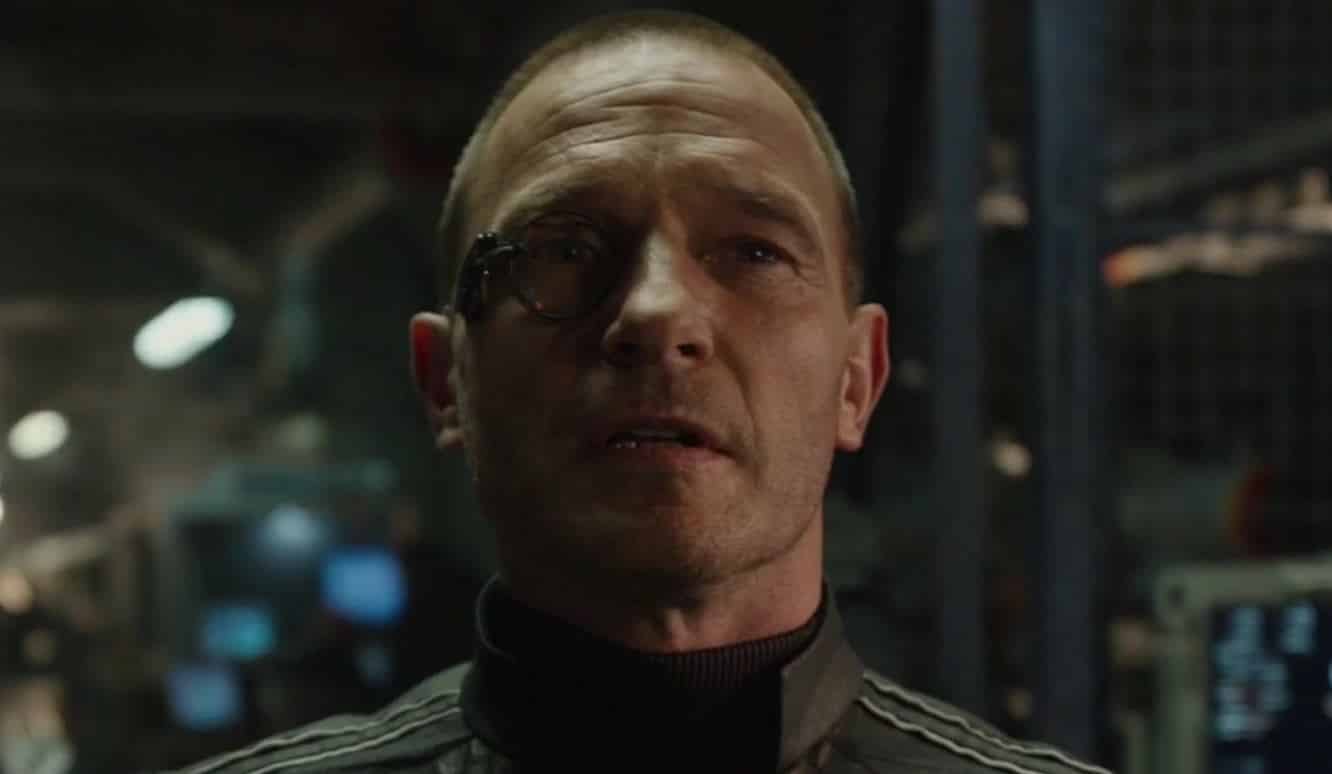 In the comics, Baron Strucker is a key component in the Captain America backstory. Along with Arnim Zola and Helmut Zemo, he played an integral role in Adolf Hitler’s plans during World War II, and was as great a threat to the American people as the Red Skull himself.

The MCU version is one of the most disappointing aspects of Avengers: Age Of Ultron. Having teased the character as some kind of sinister puppet-master at the end of Captain America: The Winter Soldier, he is instead reduced to the role of a minor HYDRA functionary, who lies dead 20 minutes after he appeared onscreen. The subsequent introduction of his angry son in ‘Agents Of SHIELD’ provided some atonement for this, but Strucker was a character crying out for a recurring villain role. 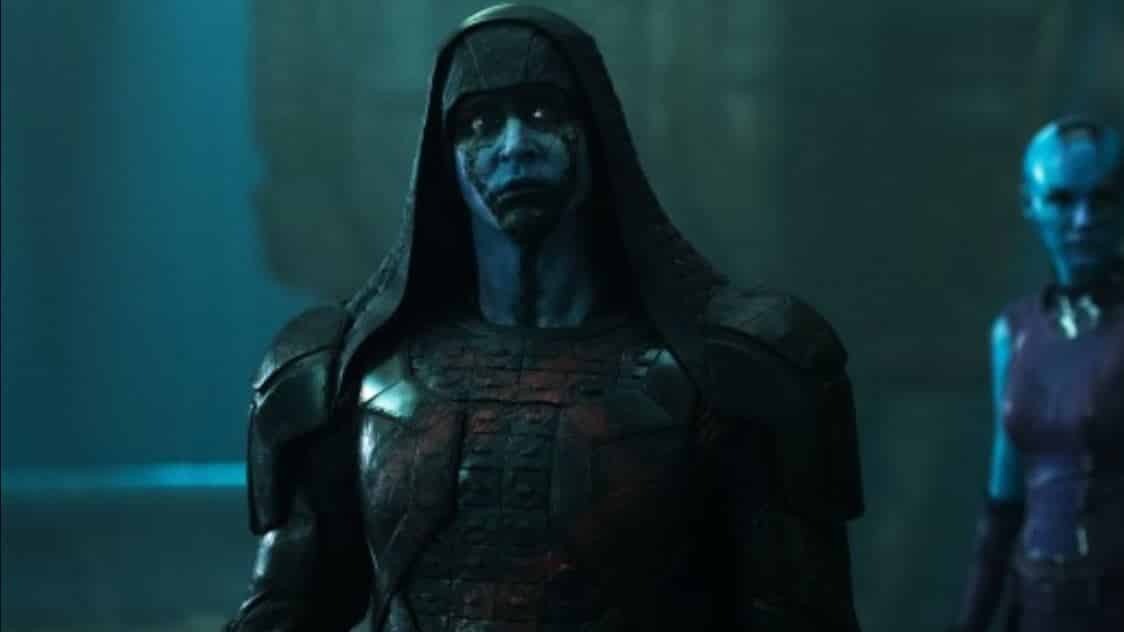 For longtime readers of Marvel comics, Ronan is one of the most endearing and engaging alien characters. A noble and proud warrior, he would go to any length to protect the Kree Empire. But his rage and aggression were also tempered by a strong sense of political awareness, which has seen him marrying in order to cement peace for his people, and even allying with his enemies in the face of greater threats such as Annihilus and Galactus.

This is in sharp contrast to Lee Pace’s version of the character. A thinly-sketched patriot, who’s only real distinction from anybody else is his hammer, he spends half of Guardians of the Galaxy shouting at anybody who will listen, before being defeated by some draft dance moves. Painful. 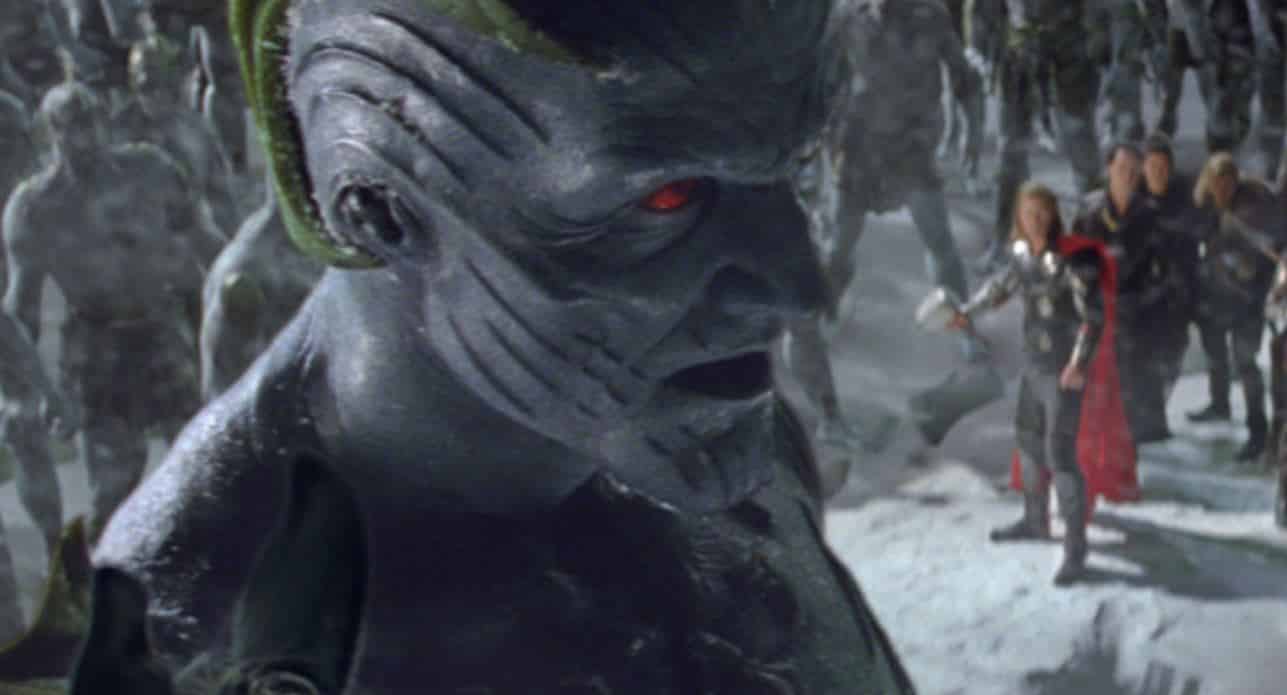 Whilst the MCU version of Laufey does acknowledge that he is the biological father of Loki, there the similarities kind of end. A relatively useless leader, he spends his days holed up in his frozen kingdom, monolouging, and pining for a return to the good old days. You know, before Odin popped over the Rainbow Bridge and humiliatingly kicked his ass?

The comics version of the character is far more engaging. More animalistic and aggressive than his cinematic counterpart, he has the ability to form frozen weapons with his hands, and to manipulate the terrain of his kingdom to form traps and barriers. Far from hiding away from his old enemy, Laufey spends pretty much every hour of every day invading Asgard. And getting his ass kicked… 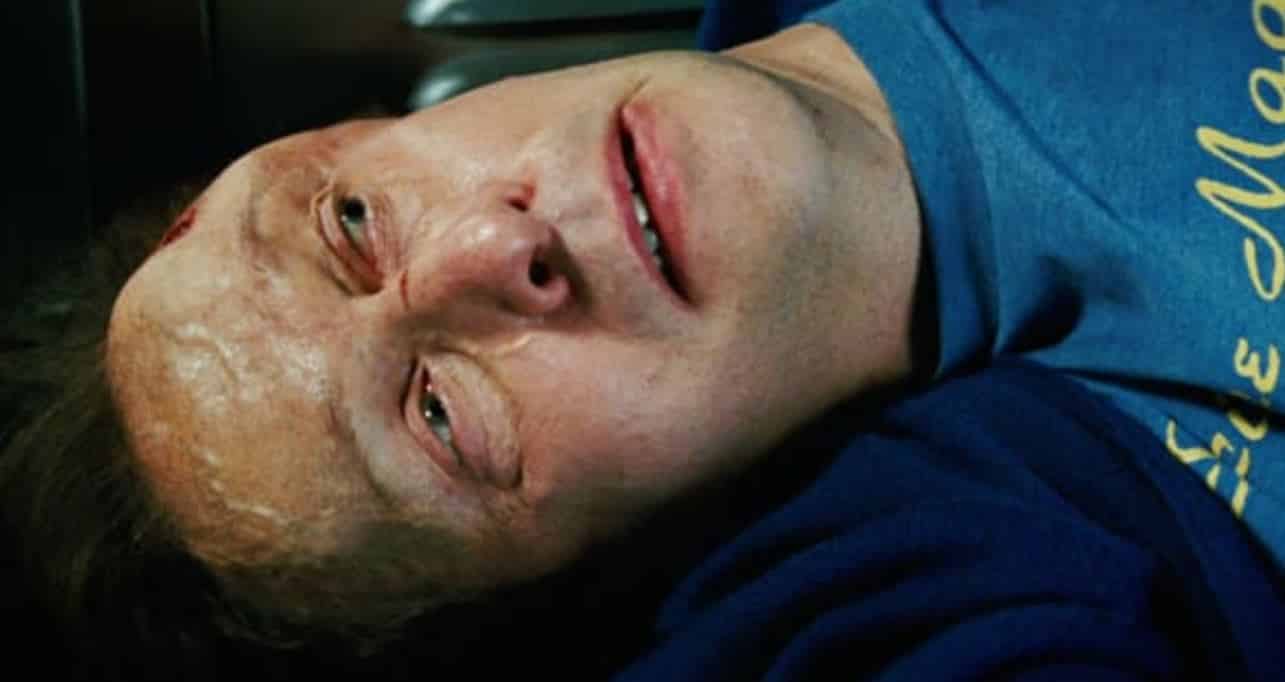 For some fans, Tim Blake Nelson’s portrayal of The Leader back in 2008’s The Incredible Hulk is one of the MCU’s big missed opportunities. A major player in the movie’s storyline, by the end credits he had been contaminated with gamma DNA, poised to become the franchise’s next big villain. Which, of course, never happened.

In the comics, one of the key selling points behind the Samuel Sterns character was the fact that prior to his contagion, he was an average Joe. This was one of the primary factors that contributed to him becoming a villain, as he couldn’t handle his newfound super intelligence. Blake Nelson’s version is a messy blend of bumbling incompetence, with slightly sinister motives, who turned out to be no real loss to the ongoing Hulk storyline. 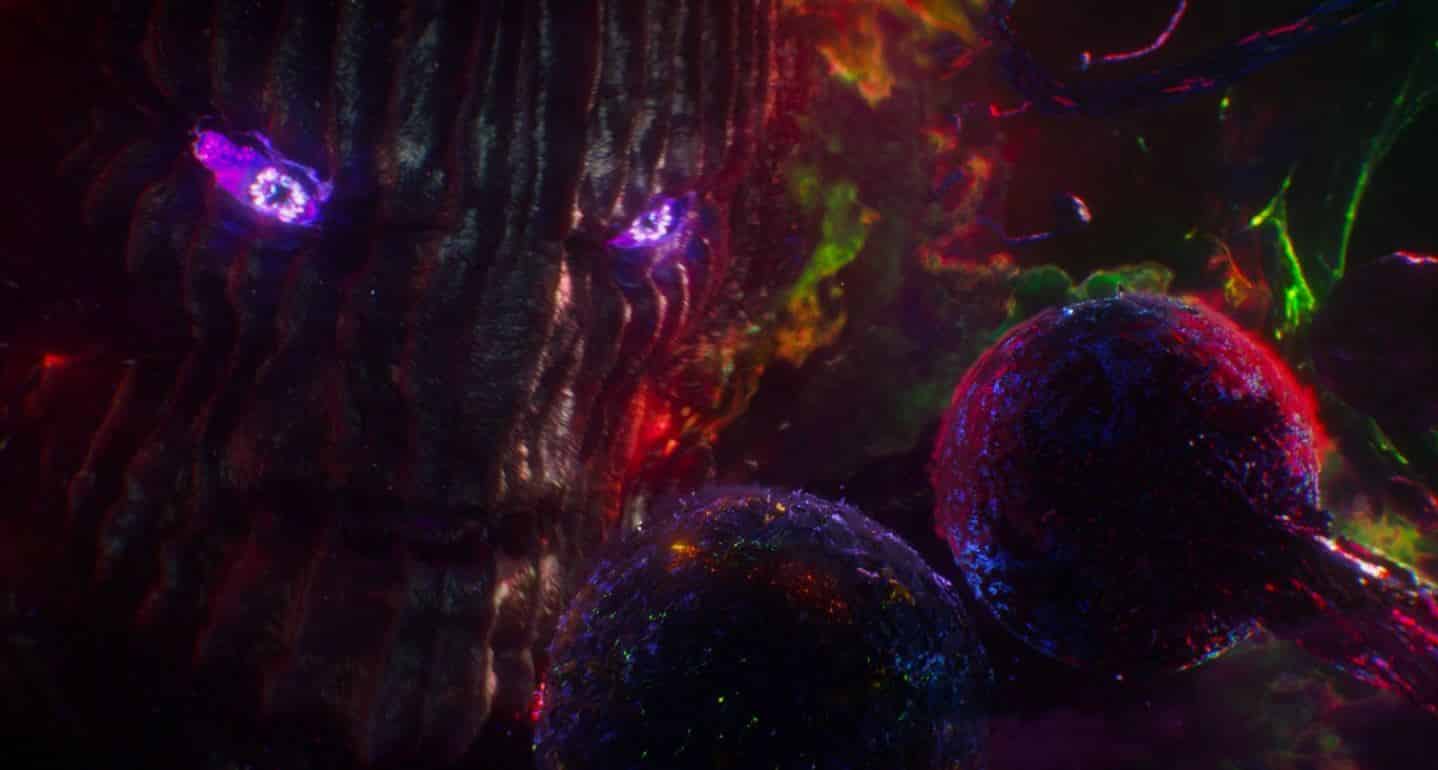 Two of the best things about being an extra-dimensional demonic entity is that you can alter your appearance, and take possession of people. Bearing that in mind, Marvel could have come up with a million ways of transferring the character from page to screen, whilst still retaining some small level of loyalty towards the original flaming-faced version from the comics.

Why, oh why then, did we end up with the CGI abhorrence that the closing scenes of Doctor Strange presented us with? Seemingly so desperate to retain the floating-head format of the original, Marvel hurled together an incoherent and messy construct, which didn’t remotely threaten any peril towards the Sorcerer Supreme. And they didn’t even let Tony Todd voice over it over, using Benedict Cumberbatch instead. 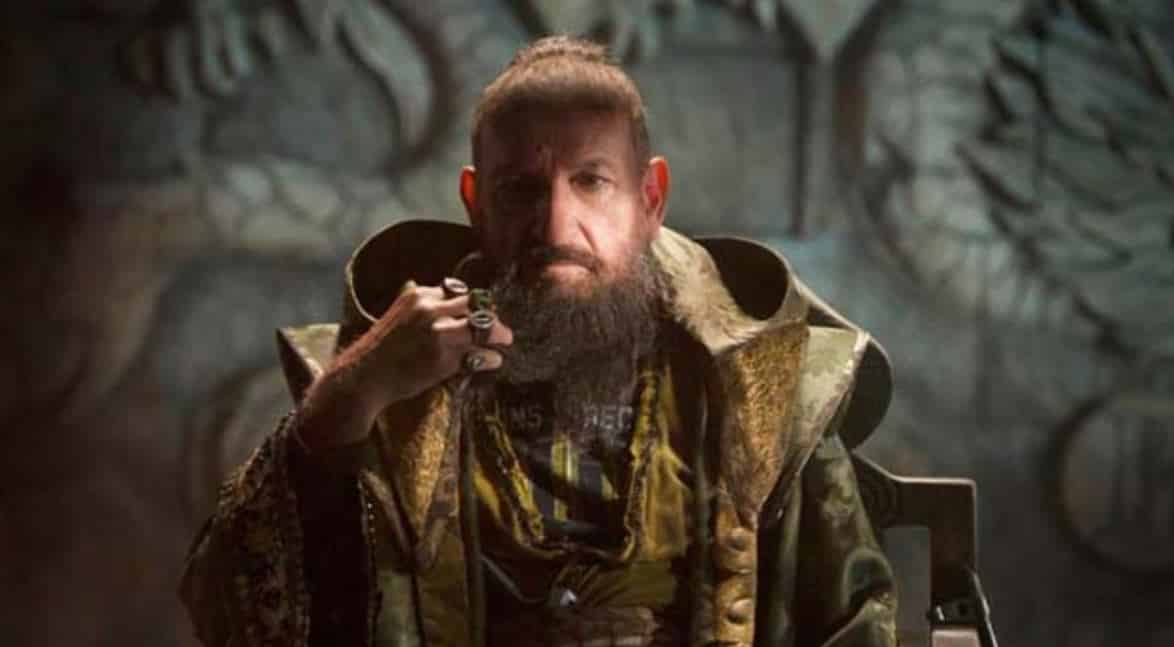 Yeah. You probably saw this one coming, as it’s widely recognised to not be Marvel’s finest hour. Sure, a long-haired, green-skinned magician with a taste in exotic jewellery was always going to need to be adapted heavily for a live-action incarnation. Marvel managed to screw it up though. Not once, but twice.

The Mandarin is Iron Man’s ultimate nemesis. As resourceful as Tony Stark, but placing his faith in forces much darker than mere technology. He is virtually unstoppable, with ambitions no less than global domination. Having fallen far short of the mark with the Middle Eastern minor warlord they inserted into Iron Man, Marvel decided to hit the ‘reboot’ button and try something revolutionary with Ben Kinglsey’s performance in Iron Man 3.

Not even a further cameo in a subsequent One-Shot, and the reveal there may be YET ANOTHER Mandarin out there in the MCU can compensate for the train-wreck of an idea that was to have Kingsley playing a dude who is playing a dude. It’s not funny. It’s not clever. It’s not remotely entertaining…

Let us know who you thought the worst MCU villains were in the comments!