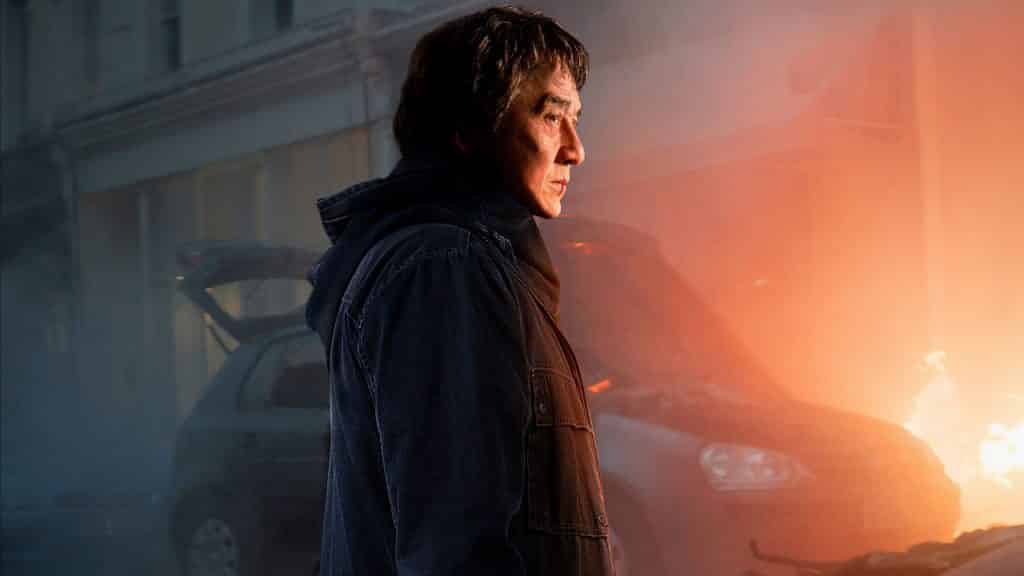 Jackie Chan is not only a legend when it comes to action, but is also one of the most beloved and likable Hollywood personalities there is. Appearing in his first starring role in seven years, Chan shines in The Foreigner, which is a solid modern actioner.

The Foreigner follows Quan, a humble businessman whose life turns upside down when his daughter dies in a terrorist bombing. He will stop at nothing to get revenge, even that means involving himself in a massive political scheme.

Chan is the heart and soul of this film, and I think he will surprise a lot of people with his performance here. He gets across a lot of pain and anguish with skill, and handles the heavier material with ease.

What everyone is likely paying to see here is Chan back in the role of an action star, and he certainly doesn’t disappoint. I appreciate that The Foreigner views Quan less of a psychically embedding presence, more so a savvy planner who always has a step up on his rivals. Veteran director Martin Campbell is a pro when it comes to shooting action, with each sequence having fluid camerawork. I also throughly enjoyed how inventive each sequence was, with the tactical ideas being a lot of fun to watch unravel.

The Foreigner is one of the few actioners to make sincere effort when it comes to its story. David Marconi’s adaptation of a book is very effective, spinning an interesting spider web of relationships and complicated pasts. It may not be the most original story ever, but its told with a surprising amount of depth.

Marconi’s script at times can get so in-depth with the political intrigue that it can lose focus. I was surprised just how little screen time Chan has in the film, with Pierce Brosnan arguably stealing much of the screen time as the corrupt politician. I appreciate the effort in developing all these different archs, but there are a few too many characters. The film also lacks personality from a direction and story standpoint, with all this being familiar for anyone whose seen a modern actioner.

The Foreigner will not win any awards for originality, but its certainly will go down as one of the year’s biggest surprises. Its a solid actioner, one that equals with impressive action and solid storytelling.