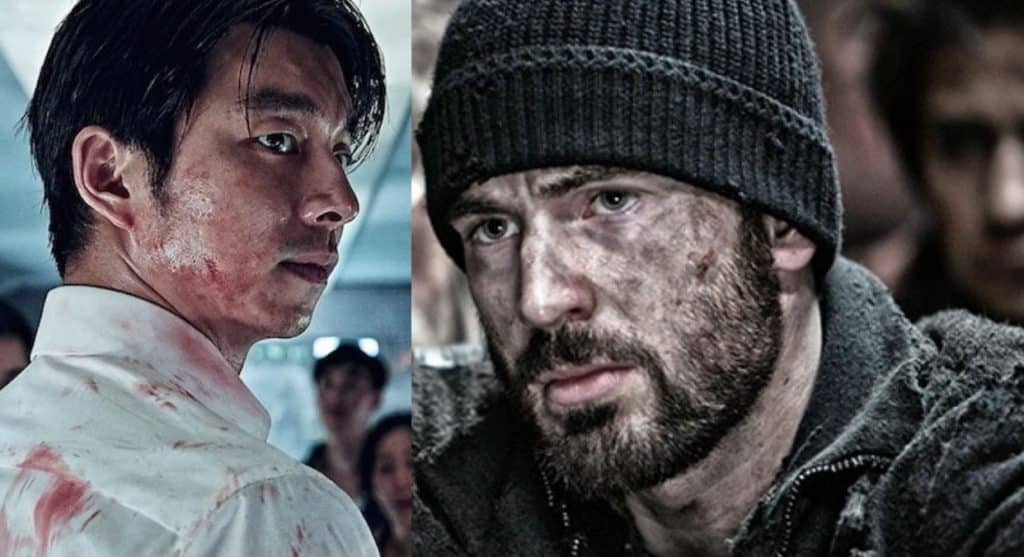 If you judged potential travel destinations purely on the output of their film industry, there’s no way on God’s Green Earth you’d ever take a trip to South Korea. The good Korean films, that is. Every male you pass in the street is either an alcoholic cop, or a sinister serial killer. Every smiling young girl is either a ghost or a vengeful killer. And every, absolutely EVERY inanimate object is going to end up violently inserted into your body somehow. Be it sexually, or otherwise. (There also appears to be a lot of worryingly random use of octopi too…)

A lot of cinema goers seem to have a truly unfair aversion to foreign films, particularly those with subtitles. What they don’t realize is that a significant percentage of Hollywood’s output are remakes of far superior foreign fare. South Korea’s truly unique history and political situation have bred an utterly depressing, yet totally engaging brand of cinema.

Life is cheap, but love is the reason for everything (however perverse a love it is). If you need to be violent, then there are no half-measures. And if you need to be scary, you scare the living shit out of your audience. We here at ScreenGeek absolutely love this genre. So as Halloween will soon be upon us, allow us to share with you our favorite terrifying Korean horror films: 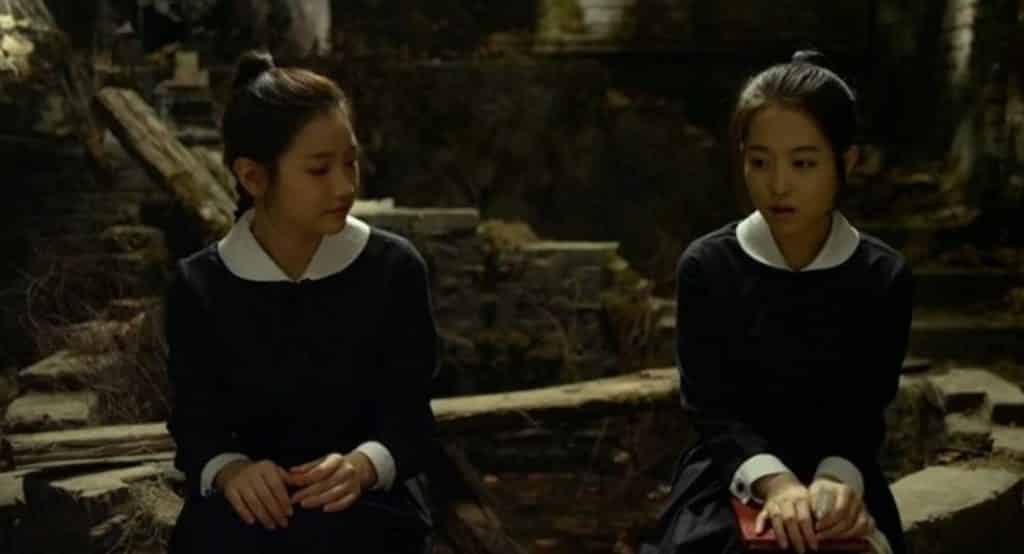 This engaging and thrilling story finds a sick girl at an isolated boarding house finding in herself a renewed strength, counterbalanced by the discovery of some dark and terrible secrets. Like so many of the other entires on our list, one of the greatest strengths of this movie is the care and attention to detail that have gone into filming it, resulting in some simply beautiful footage. It contains an incredibly strong cast of compelling characters, and comes to a conclusion with a truly killer third act.

Set in 1938, at the height of the Japanese occupation of Korea, proceedings open with Ju-Ran (Park Bo-yeong) forced to relocate to unfamiliar surroundings, including a new home and a new school. Upon her arrival she is provided with a new Japanese name, and new clothes. What follows are a series of mysterious and terrifying revelations, each bringing with it a more damaging truth.

One particular quirk to The SIlenced is that it is filmed with the characters speaking interchangeably between both Japanese and Korean. The narrative acts a a pretty overt and scathing critique of the Japanese attempt to dominate, and try to eradicate the native Korean culture. So, one way of looking at it is that this is an educational movie, which gives you even one more reason to watch it, right? – Sylvia Maixner 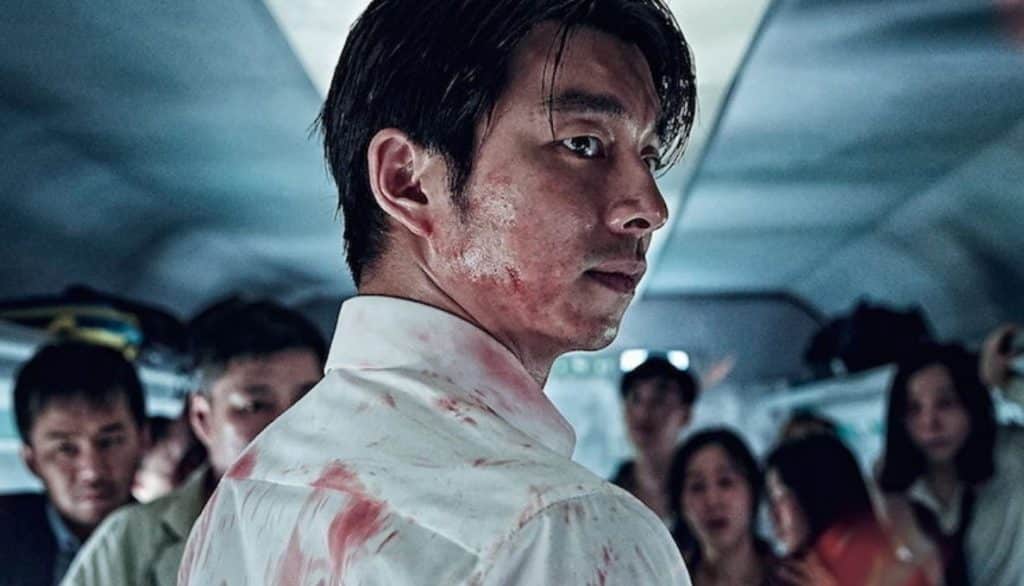 Just when you think that movies about zombies couldn’t possibly have anything else left to offer, something new and special comes along and completely re-writes the genre. Last year that oh-so special something was Korea’s take on zombie movie, ‘Train to Busan’.

Sure we’ve already seen zombies on planes, trains and automobiles in the past, but not like these bad boys. As fast as their counterparts from the ‘28 Days’ movies and seemingly impossible to kill, they swarm and pour throughout any corridor they find themselves in. Their bite converting their victims in a matter of minutes, rather than hours.

As Seoul falls to the outbreak, a high speed train leaves the main station unaware of the carnage that is unfolding behind it, and with a very unwelcome passenger on board. The virus then spreads from the rear carriages to the front at vicious speed, leaving the few survivors with a series of ever desperate options left for survival.

The story takes the time to fully script the main characters, making the audience fully invested in their fates. Whilst the moral themes that are examined during the struggle for survival are nothing new, they are explored to a depth that would break even the hardest of hearts. This is, hands down, the best zombie movie of recent times, and makes ‘The Walking Dead’ look utterly tame in comparison. – Simon Andrews 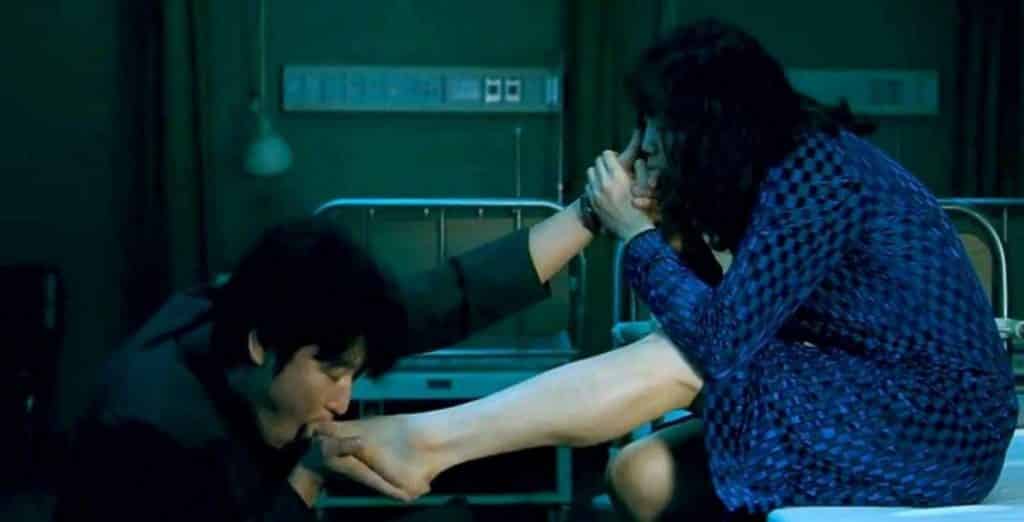 This movie sees a priest afflicted with a rather nasty dose of vampirism, which is somewhat unfortunate given his chosen vocation. Whilst fighting to control this newfound thirst for blood, he also battles to retain his once unwavering faith, and a growing obsession with the beautiful wife of his childhood friend.

As is standard with a Park Chan-wook film,Thirst is slow-paced, filled to the brim with melancholy, and achingly beautiful to behold. It contains a large number of lengthy shots, complemented by drawn-out moments of silence and reflection. In less expert hands, such a technique could be really, super boring. Here though. frankly, it’s pretty damn neat perfect.

Kang Ho-song, who you’ll most likely recognise from either The Host or Snowpiercer, is truly heartbreaking as Sang-hyeon, the aforementioned priest-turned-vampire. His chemistry with the fiery lover Tae-ju (played by Kim Ok-bin) is a meaty, messy, magnetic thing to behold.

A word of warning, this is a LONG movie. At 2 hours and 13 minutes it does take its time. However, if you want a horror that is quiet and lingering, and about more than just the monsters that go bump in the night, it’s well worth the time you’ll spending it. – Sylvia Maixner 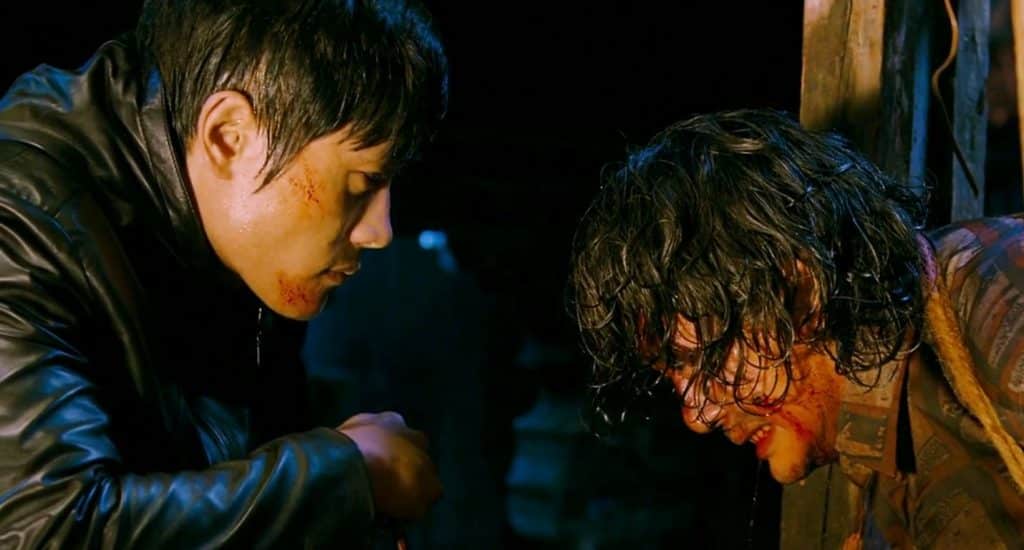 When you ponder the subject of Korean horror movies, this may well conjure up images of black-eyed, pale-skinned ghost children that sound like a cat whenever they open their months. Now, I’m not saying that that isn’t utterly terrifying, it’s just that this movie totally bucks that trend. I Saw the Devil falls in the line of a cat and mouse game. Only thing different here is that the mouse is the one hunting for revenge, lets the cat go, and decides to pop up once in a while to show the cat who’s the boss. Interested yet? You damn well should be.

Jee-woon Kim—the man behind A Tale of Two Sisters—pushes his directing skills to the limit in this ultra violent horror film about a detective seeking revenge on the serial killer that took his wife. It also stars Oh Dae-su himself, Choi Min-sik, in a role that showcases his talent for versatile acting across a series of very memorable scenes.

The film is gory as hell and really plays on your perspective on what revenge can do to one’s soul when seeking it. Also, I have to point out a simply amazing sequence where two serial killers fight each other for their next victim wthin the confines of a moving vehicle. If you want a film that’s creepy, bloody, and wonderfully shot, you’re going to want to watch this one. – Mark Salcido 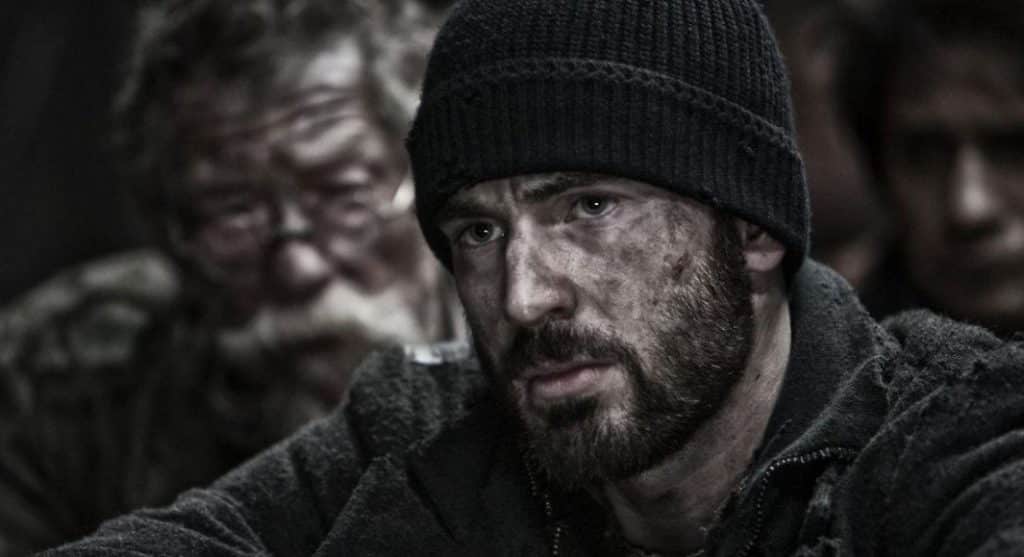 Effectively buried by Harvey Weinstein following ‘creative differences’ with director Joon-Ho Bong, Snowpiercer has never received the reach or praise it fully deserves. Even with Weinstein’s recent and rapidly spectacular fall from grace, it may never do. But with a strong cult following and a planned TV adaptation in the works, the movie may finally come out of the shadows at some future point gain the accolade it deserves.

It’s by no way a perfect film. Filled with narrative plot holes you could drive the titular super-train through, the story doesn’t quite successfully make the jump from graphic novel to screen. What it does have though is heart, and beauty. With exceptionally memorable set design and brutally choreographed fight sequences, whatever your opinion on the movie as a whole, it will stay burned into your memory for some time to come.

The beauty of the onscreen imagery is offset by a savage storyline. With the standard punishment for rebelling against the train’s rulers to have an arm frozen off (and there is a LOT of arms being frozen off), our protagonists have little to lose with their desperate uprising. Much like a computer game, as they progress further and further up the train, their opponents become more lethal, leading to fountains of claret alongside piles of shattered and broken limbs.

Whilst not a horror movie per se, the morality which is examined and levels of violence are indeed horrific. And with a cast including Chris Evans, Tilda Swinton, Ed Harris, Octavia Spencer and John Hurt, this definitely needs to be on your radar. – Simon Andrews

We’re back in ‘a lonely young girl’ territory here, as our protagonist returns home following a stay in a mental health institution, only to find a worse horror waiting for her.

A Tale of Two Sisters is based on the classic folktale ‘Red Flower, Red Lotus’, proving that Korean fairy tales are just as terrifying as their Grimm Brothers counterparts.

Focusing on a quietly expanding sense of dread, A Tale of Two Sisters follows the “show very little, mess with your brain very much so” storytelling style of horror. As much as it is ghost story, this film is more a tale of guilt and broken families. Every shot feels deliberate, and the pacing is a slow burn, feeling more like a Lovecraftian version of something Shakespearean. It’s creepy and spooky, and essential Korean horror viewing. – Sylvia Maixner 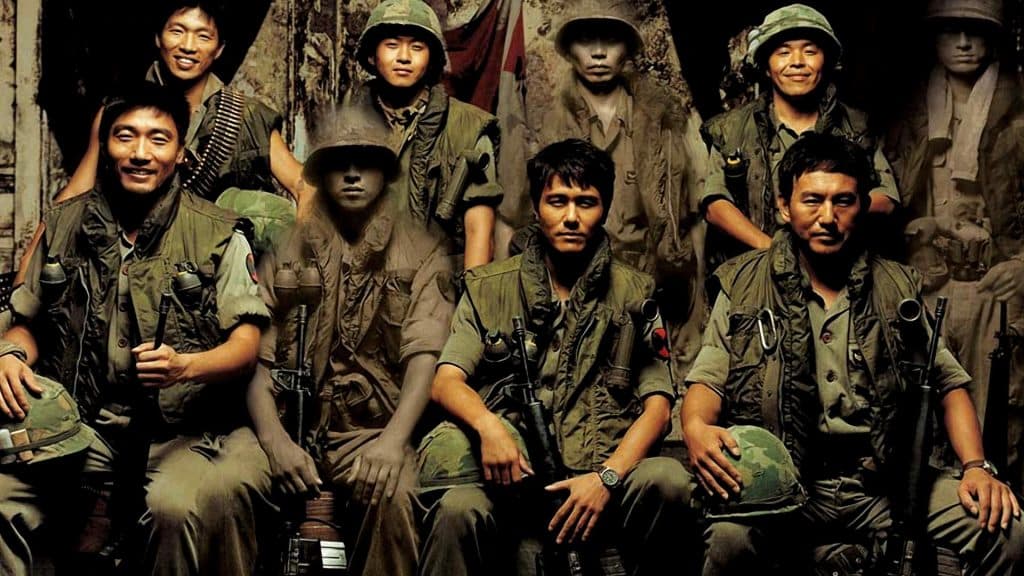 Here’s another rather unconventional Korean horror offering that makes it onto our list. Set in 1972, the story takes place in wartime Vietnam and follows a company of South Korean soldiers as they try to reach the location of a mystery transmission, apparently sent out by another group of missing soldiers. What unfolds is an utter mindf*#k of a movie involving ghosts, weird lapses in time, and a tin of WTF moments.

The film is one of those hidden gems that deserves a repeat viewing, so you can stand a chance of understanding the whole spectrum of what is taking place. Its a story that is refreshingly intimate as you follow the platoon’s Lieutenant, as he slowly falls into madness while desperately trying to survive.

And to answer your foremost question. Yes, there is a lot of blood in it and a whole host of reasons to find this movie scary—I just don’t want to spoil it for you. If it makes you feel better, there’s a scene where someone is on the receiving end of a blood shower. So, give it a watch if you can find this film and be prepared to obsess over the ending, while you’re at it. – Mark Salcido

So there you have it. Will you be watching any of these K-Movies? Be sure to tell us in the comments!