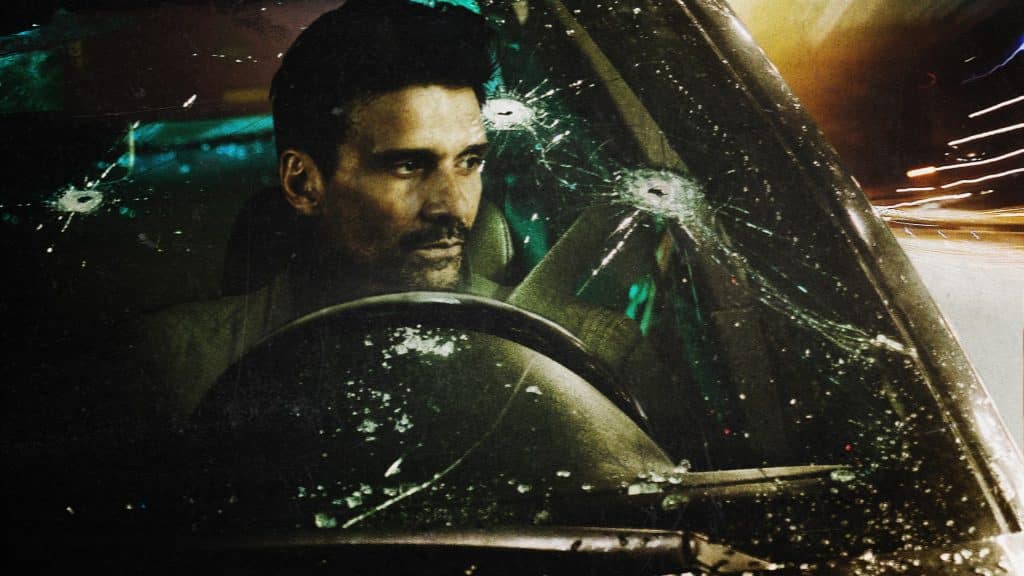 Action movies are a dime a dozen these days, which makes it even harder for an actioner stand out. I certainly credit writer/director Jeremy Rush for trying with Wheelman, a film shot mostly through the perspective of a car. While it doesn’t ultimately divert from formula, its a well-engerinered and enjoyable diversion.

Wheelman follows a getaway driver (his name on IMDB is Wheelman), who after pulling off a bank heist realizes he has been double-crossed. He must rush around the city to save his family and get out of this messy situation.

The most notable aspect of Wheelman is its stylistic approach. Shooting an action film mostly through interior and exterior shots of a car is an interesting concept, and it was previously achieved in the Tom Hardy flick Locke back in 2014. The important achievement Rush makes is not being beholden by this concept, which prevents it from feeling like a gimmick. As a stylistic choice, it mostly works effectively, grounding the audience in the situation along with our wheelman. The action scenes here also work well, clearly capturing the moment while adding some fun touches along the way.

Workman-like is a good way to describe Wheelman, both through its characters and execution. I credit Rush for keeping this a tightly-paced flick, with its 82 minute running time being a good fit for this film’s “one night” premise. The glue that ultimately holds this film together is star Frank Grillo, who proves to be a capable everyman throughout. He brings weight to these situations and characters when it really isn’t there in the screenplay.

Like most actioners, its the screenplay that makes for much of the blindspots. Rush does make an effort to give some sort of stakes with the wheelman’s family, but both through writing and execution feels very formulaic. The narrative in general, if you would even say there is one, is simplistic to a disappointing degree. There are no interesting twist and turns, and I wish Rush put it as much ingenuity into the script as he did in his filmmaking.

The Wheelman is an interesting stylistic experiment, and while the narrative can’t quite match its style, it still packs an effective punch.