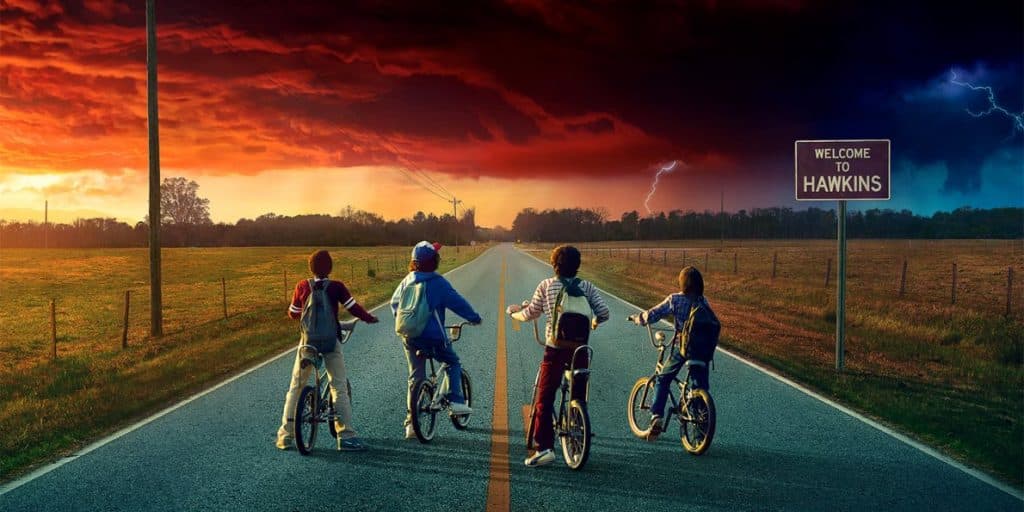 Netflix has had quite a few successful original series, but none have reached the pop culture mainstream quite like Stranger Things. With the massive fandom following the 80’s science fiction throwback series, there is a lot of pressure for the second season to match the quality of the original. Somehow, Stranger Things Season 2 ups the ante, giving audiences an equally entertaining, yet more dramatically fullfilling endeavor.

Season 2 picks up roughly a year after the original, with Will Byers nearing his one year anniversary of going missing. It appears that the supernatural forces previously effecting the town are back, and the gang must get back together to save Hawkins as well as their friend.

Fans of the first season will be delighted to see more of the same, just in a different package. The heart of this show is its impressive ensemble cast, featuring a great mixture of veteran stars (Winona Ryder and David Harbour), as well as upcoming talents (Finn Wolfhard and Millie Bobby Brown). Everyone involved is comfortable with one another at this point, with their naturalistic chemistry continuing to be ever-present. There is an earnestness to the cast, especially the kids, that makes them instantly likable.

Unlike the first season, season two does not start fast out of the gate. Instead, the first few episodes have a more gentle pace, catching the audience up to speed with these characters. This is a welcome addition, as the characters and their dynamics are fleshed out even further. I found myself more drawn into the characters this season than in the past, with many of them overcoming the stereotypes they’re originally based around.

Still, Stranger Things delivers the tense, binge-worthy episodes that audiences expect. The Duffer Brothers, as well as a few other notable directors (including Pixar standout Andrew Stanton) do a great job of mixing tense horror bits with coming of age drama and humor. The final two episodes in particular are restlessly fast-paced, delivering the kind of exciting and provocative action one would typically expect to see on the big screen. I found this season a lot more binge-worthy than the original, with the cliffhangers between episodes leaving the audience breathless. The filmmaking in general is very impressive throughout this season, with the show having an engrossing cinematic scale to it.

Stranger Things Season 2 offers fans of the series a mix of excitement and heart, as well as tweaking the series formula with successful results.