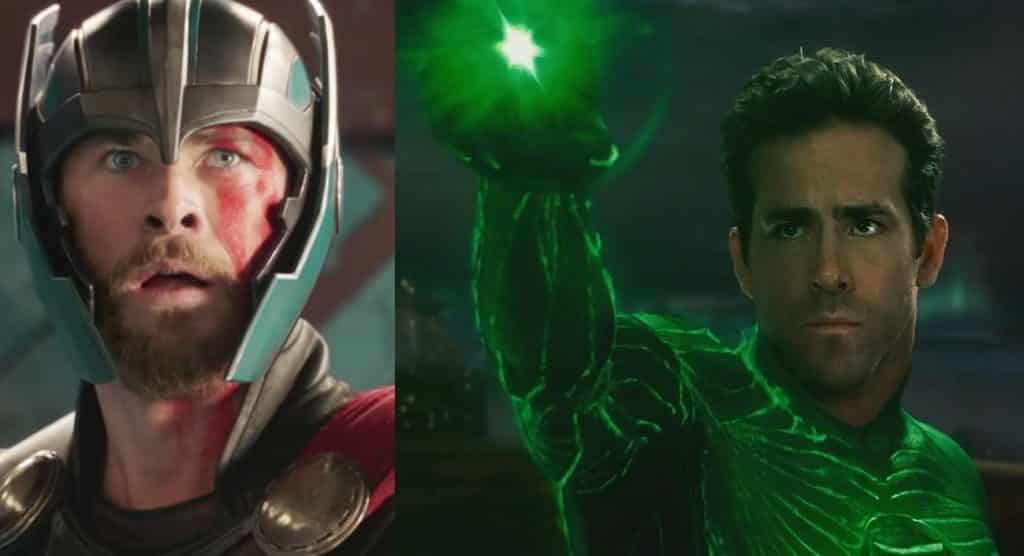 Apparently the latest Marvel Cinematic Universe movie, Thor: Ragnarok, has a secret crossover with DC’s Green Lantern. And it all starts with a Shake Weight.

Before Taika Waititi got the chance to direct the latest Thor sequel, he had previously acted in Warner Bros.’ 2011 Green Lantern movie adaptation. And now it turns out that he brought something to Thor from that very production.

There’s a point in the film where Karl Urban’s character Skurge is bragging about his collection of trophies from Earth. One of these just so happens to be a Shake Weight – according to Fandango:

“The Shake Weight is actually a DC crossover,” Waititi said. “Oh, that’s my Shake Weight. That’s mine, and that was something I bought while I was in Green Lantern.”

Waititi explains he had a lot of spare time when the Green Lantern film turned into an epic space odyssey and his character was left behind on Earth.

“So I was in New Orleans and I was in Green Lantern, but I was barely doing anything,” Waititi said. “I’d be in my hotel room and it’d be like 1 AM, and the infomercial for the Shake Weight came on. I was like, “Screw it! I guess I’m buying everything I see on TV tonight – I’m gonna buy knives and some sewing thing. I bought exercise DVDs, too, but the one thing I bought that I kept was that Shake Weight… and then I had it shipped to Australia and I put it in the movie!”

It’s certainly an interesting connection, especially considering it brings together two polar opposites in the comic book industry. Who knows, maybe we can expect more crossovers and Easter eggs in the future?

How do you feel about this connection between Marvel and DC? Let us know in the comments section below!