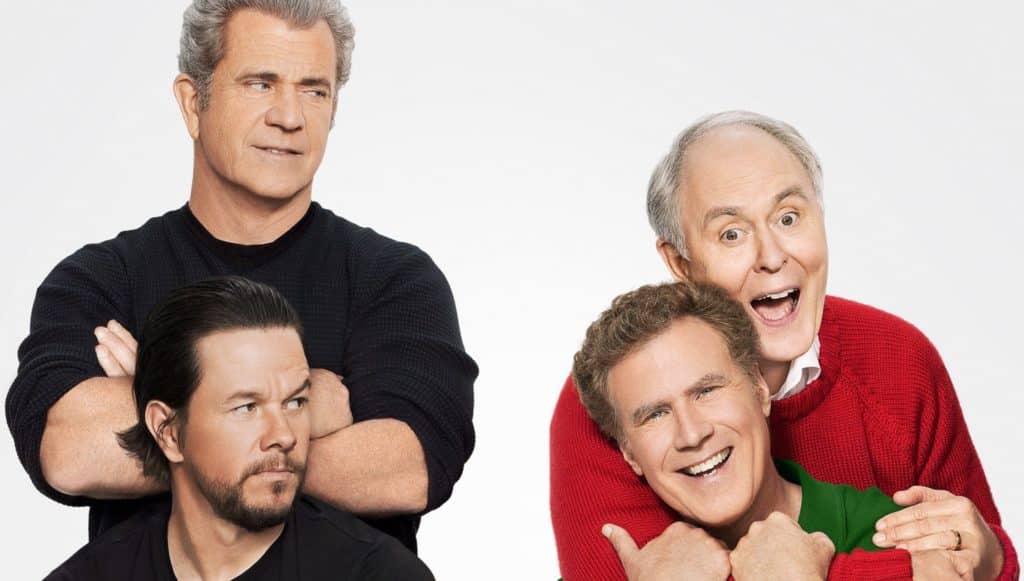 Following up its middling predecessor, I wouldn’t call Daddy’s Home 2 a bad movie, because its barely even a movie. While there are some amusing moments along the journey, this is easily one of the year’s laziest films, wasting its dynamic comedic cast as well as the audience’s time.

The film follows the Brad and Dusty, who are continuing to feel out their roles as fathers and step-fathers respectively. When they decide to host Christmas together, they are in for a scary surprise when their fathers also come into town.

The fleeting moments of humor here are all dedicated to this cast, which features a lot of committed comedic actors. Will Ferrell is shameless and will do anything for a laugh, and while many may be sick of his shtick, he still continues to find ridiculous ways to get a giggle out of me. The new additions of John Lithgow and Mel Gibson as Brad and Dusty’s respective fathers also has its fair share of moments, with the veteran stars netting a few winning gags. Gibson in particular is fun to watch playing off his tough-guy exterior.

At the same token, much of this cast is also left having nothing to do. Mark Wahlberg has proven his comedic chops in the past, but he just seems kind of bored here. His character is just kind of there, and his more reserved personality makes him ineffective comedically. The rest of the supporting cast, especially the respective actresses here, having nothing to do but sit on the sidelines and make a reaction when something ridiculous happens.

Daddy’s Home 2 harkens to the days of Adam Sandler’s worst comedies such as Just Go With It and Jack and Jill due to just how little it actually tries. Sean Anders and John Morris’ script is embarrassing, with their effort qualifying for the bare minimum it takes to conjure a narrative. I get that a comedy is all about making the audience cackle, but its never a good sign when a movie just doesn’t try. It’s a shameful mix of painfully generic cliches and cloying moments of forced sentimentality. If you’ve ever seen a studio comedy before, you can guess every plot beat before it happens.

Anders also directs the film, and doesn’t do his script any favors. Each comedic set piece is overplayed with an obnoxious use of score drowning out whatever antics are going on. The film is visually flat, with Anders never taking an opportunity to add to the comedic moments in any meaningful way. Similar to the script, its an absolute bare-minimum effort, with the talent involved here just showing up for the pay check.

Daddy’s Home 2 has some talented actors and a solid nugget of an idea, but none of that can hide the little effort that was put into this film. It’s a bland, conventional, and lazy comedy that fails to garner much laughs.

Continue Reading
You may also like...
Related Topics:comedy, Daddy's Home 2, Will Ferrell