Review: Murder On The Orient Express 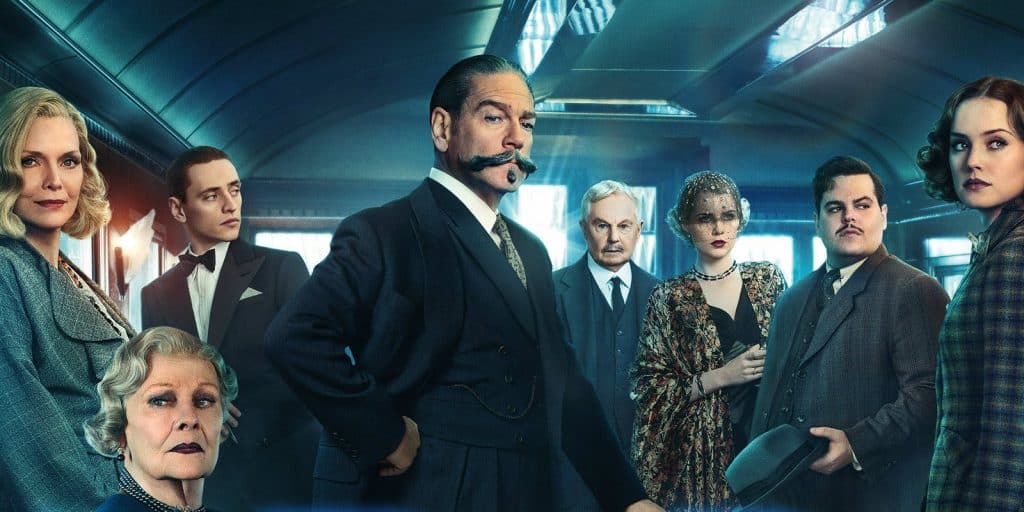 Harkening back to classical detective narratives, Murder On The Orient Express aims to be a refreshing throwback in an era of big blockbusters. Due to its woeful execution and mundane storytelling, its a high-profile trainwreck, one that wastes its illustrious material and high-profile cast.

Murder On The Orient Express is based on the Agatha Christie detective series that follows Hercule Poirot, a high-strung and detail-oriented detective who is known to be the best in the world. When taking a train for a leisurely break from crime solving, a passenger on the train is murdered, thrusting him into another complex case.

Much of the success or failure of the film is placed on Kenneth Branagh’s shoulders, with him both starring and directing in this vanity-esque role. What sinks the movie is that his efforts misses the boat in both departments. As Hercule Poirot, Branagh is meant to come off as acidic, yet charming, but I mainly found him insufferable. His supposedly witty banter usually falls flat, and Branagh’s is never able to ground the character in reality or endear him to the audience. The few and fleeting attempts to give the character some humanity or development end up feeling like sidetones, which is odd considering the character is in almost every scene.

As a director, Branagh has made a few higher-budgeted films like Thor and Jack Ryan: Shadow Recruit, but similar to his effort there he seems overmatched. Despite being shot in 65 mm, this film is still downright ugly, with the use of CGI in the film’s exterior shots having the look of a last-generation video game. Branagh and his long-time cinematographer Haris Zambarloukos never are able to visually capture the luxury of this train or the ranging emotions of the people inside it. Their attempts at defining a sense of style miss the boat, with the overhead shots in particular being woefully executed. This is a handsome production, so its visually-inept execution is disappointing.

Michael Green’s attempt to adapt Christie’s storied tale fails to capture the heart of the material. While the narrative has some memorable plot beats, it feels like a train caught in a standstill, never progressing with much momentum. Where the story fails the most is trying to capture some emotional resonance when it comes to both Poirot and the train’s passengers. This film’s overblown and melodramatic final third falls incredibly flat, playing up big emotional beats that were never earned in the material.

The Murder on the Orient Express features a high-caliber cast, but wastes them at every juncture. Aside from Poirot, none of the characters have either the screen time nor spark to make their small roles stand out. With names like Judi Dench, Michelle Pfeifffer, Daisy Ridley, and Johnny Depp being involved, its a letdown that none of them are able to have much fun with this material. It’s an ensemble film with none of the ensemble truly making a mark on this material.

The Murder on the Orient Express has some decent aspirations and a solid concept, but its problematic execution at every juncture creates a half-baked and frustrating mystery. Let’s hope if Poirot is to return to the big-screen, he does so with a better script and direction.