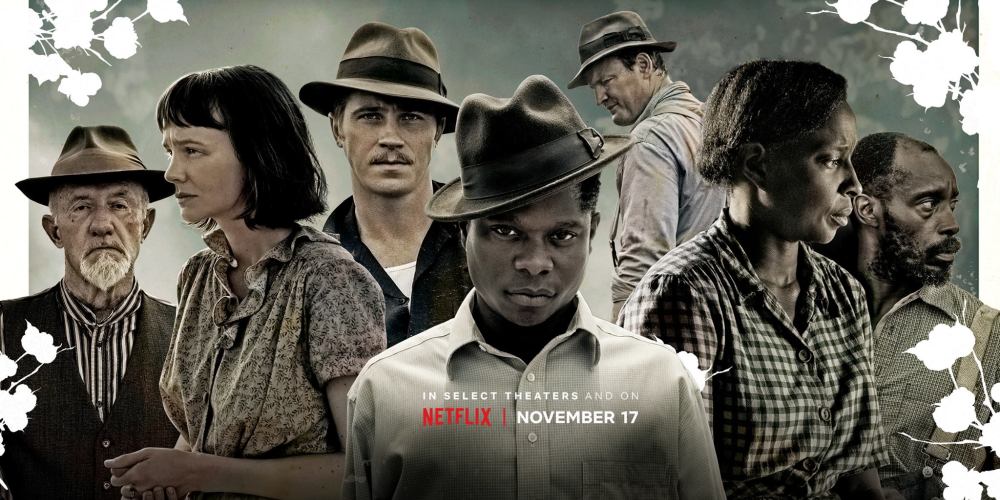 As one of the standouts of this year’s Sundance Film Festival and a potential Oscar player coming March, Mudbound is a film deserving of all these praises, serving as an equally ambitious, yet intimate tale of class and racial struggles. Its also the best Netflix Original Film yet, showing the potential this streaming player can have in film.

Based on Hillary Jordan’s novel, Mudbound follows two families stuck in rural Mississippi in the 1940s, living a life of constant work and racial tensions between them. When two men from the family return home, their new world-view challenges the preconceived notions of the era.

If there is one aspect to take away from this film, its the writing and directorial efforts of Dee Rees, which confirms her as one of the most assured indie auteurs working today. Mudbound is a sprawling epic, ambitiously capturing the lives of several different characters in their complicated situations, but it thankfully matches that ambition with an eye for genuine moments.

Rees’ film looks impeccable, soaking its audience in its mud-heavy farmland that engulfs the characters. Rees and cinematographer Rachel Morrison create a defined sense of place, one that has a continually presence on the film and its characters. Despite working with a small budget, I credit Rees for being able to capture a grand sense of scale visually, making those limitations impossible to detect.

What truly leaves an impact is the performances, which capture Mudbound’s thoughtful and relevant themes of class struggle and racial tension. Garrett Hedlund and Jason Mitchell have great chemistry together onscreen, with their growing friendship becoming the heart and soul of this film. Carey Mulligan, Jason Clarke, and an unrecognizable Mary J. Blige all give award-worthy performances in what is easily one of the year’s most accomplished ensembles.

Rees’ script isn’t perfect, but is an admirable adaptation of Jordan’s novel. It’s breathtaking just how easily Rees’ develops these two families, with several characters having the depth to leave an impact on the audience. At the same token, the film’s narrative can be a bit sporadic, with some narrative detours not being nearly as effective as others. While the conclusion was a pleasant surprise, I think the film wraps up its complicated dynamics a bit too cleanly for comfort.

Mudbound is Netflix’s most accomplished original film, telling a powerful and impressively ambitious tale with masterful execution. Dee Rees is certainly a name to look out for going forward.

Review: Murder On The Orient Express
‘Justice League’ Review: An Okay Movie Despite Its Many Flaws
Advertisement
Advertisement
To Top