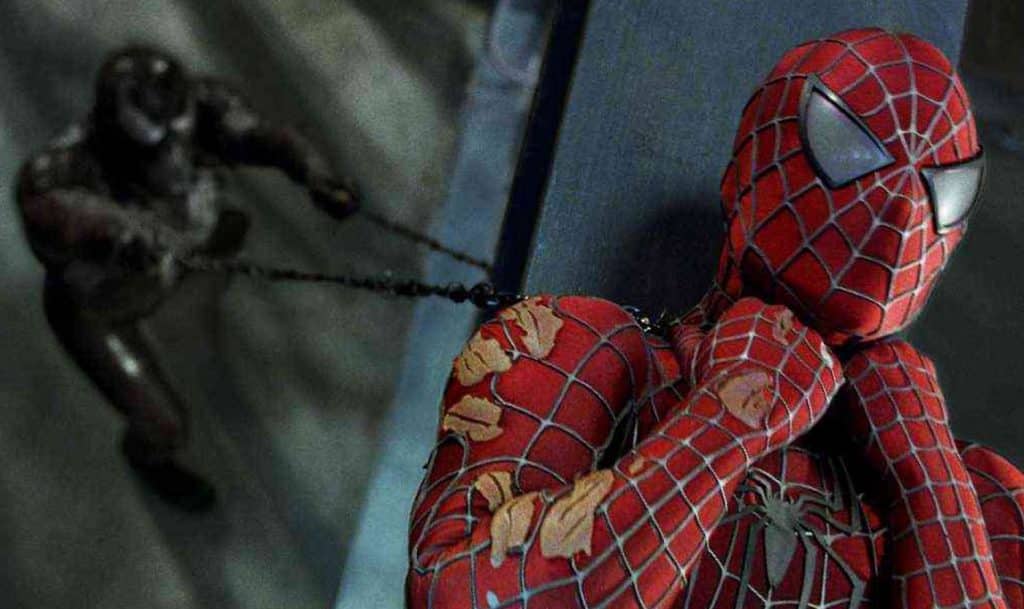 Sam Raimi is certainly an accomplished name when it comes to horror, but the accomplishment he will forever be linked to is bringing everyone’s favorite neighborhood web-slinger to life on the big screen. Fans were overjoyed with both Spider-Man and Spider-Man 2, with both films faithfully adapting the comics with heart and flare. Then Spider-Man 3 happened.

Looked at by many as the most anticipated film of 2007 (boy does time fly), Spider-Man 3 was suppose to be the great follow-up to Spider-Man 2, which is still one of the best received superhero films of all time. With its talented young cast maturing into their roles and Raimi’s skilled work behind the camera, the film seemed like a sure-fire slam dunk.

While the film performed respectably at the box office (nearly 900 million worldwide), it still was noticeably a few steps behind its predecessors. The gap was even clearer critically, as Spider-Man 3 currently holds a barely-fresh 63% on Rotten Tomatoes (the previous two films scored 89% and 93% respectively). Time has not helped the film either, with most fans remembering the film now for Topher Grace’s bad portrayal of Venom – and this:

I know what you’re thinking, this sucks. But I am here to tell you that I like the Peter Parker evil dance, and I also enjoy Spider-Man 3 for what it is, a way too ambitious mess that still packs its fair share of entertainment and dramatic substance. I would even go as far to say that it’s an improvement over several other web-slinger films, including the last entry Spider-Man: Homecoming.

Throw all the tomatoes you want at me, but there are some justifiably good aspects about this film that many fans often overlook. The trio of Tobey Maguire, Kristen Dunst, and James Franco make for a continually effective friend triangle as Peter, Mary Jane, and Harry Osborne. Maguire to me has always been the perfect embodiment of Peter Parker, as the brainy screw-up who continually struggles to maintain the balance between his life and his alter-ego. Kristen Dunst makes for an effective Mary Jane, and their chemistry from first film to third is effective. Franco is probably the weak link of the cast, as a lot of his delivery can come off as wooden. However, his performances does improve throughout the film as he gets more to do.

Action-wise, Spider-Man 3 is still impressive. The CGI is somewhat iffy compared to today standards, but Raimi’s high-flying camerawork more for makes up for it. His ability to capture frenetic movement and areal flight is impressive, as I love the stylish touches he adds along the way. The scene in particular in which Peter reaches out for his wedding ring in slow-motion is a cool use of the technique as well as a representation of his spider-senses. Each set piece feels epic, and they are used sparingly-enough so it never feels bombastic.

Spider-Man 3 has a villain problem, but I would say 2 of the three villains are actually effective. Thomas Jane’s performance as The Sandman is quite good, as he brings to life this tragic hero-type character who has to steal and break laws to save his daughters. Its a simple arc, but Jane’s performance sells it, and The Sandman sequences are impressively done. Franco’s arc as The Hob Goblin is hit or miss at times, but I would say that it concludes Harry and his friends arc with a bittersweet note that rings true.

Now its the time that many of you have been waiting for, The Great Dancing Peter Parker defense! The idea of having Peter transform due to the Venom symbiote is a great one, and I can see that fans would expect Peter to transform into a more edgy, badass hero.

However, Raimi and his writing partners had a completely different idea. Peter does transform into an apparently more edgy hero, but it is his nerdy impression of what a bad boy would do and less so him being an actual badass. The whole montage of him being bad and dancing I think is entirely played for laughs, and under that context its really entertaining and effective. It also stays true to who Peter Parker is as a character, which is The King of All Nerds. I’ll agree though we could have done without that five minute scene in the jazz club.

As I mentioned earlier, Spider-Man 3 is still a mess, and its clear that Raimi and company bit off a bit more than they could chew. The introduction Gwen Stacey is wasted, with Bryce Dallas Howard’s performance failing to represent the character well. She is a foil to Peter and Mary Jane’s relationship, but has no purpose outside of that.

Perhaps the even worse introduction is of Eddie Brock, who is played by the completely non-threatening Topher Grace. Between Spider-Man 3 and Predators, I have no idea why anyone thought he would be a good fit as a villain, let along one of Spider-Man’s key rivals. His performance as a pathetic version of Brock is fine, but seeing his face in the Venom symbiote is embarrassing. It would have been such an easy fix just to make the character CGI and have another actor do voice-over, but instead we have Eric Forman trying to kill Spider-Man.

Spider-Man 3 also takes itself far too seriously at points, being one of the many superhero films that tries so hard to have that “epic” feel. Its two and a half hour running time is bombastic to say the least, and even Sam Raimi wasn’t happy with how the newer elements of the film turned out.

That being said, I think Spider-Man 3 certainly achieves more than it falters, and I give the movie kudos for trying to give these characters a well-rounded dramatic arc.

Does it nail every moment or character? F*ck no, but as a conclusion to Peter and friends story its surprisingly intimate and well-realized. It’s a superhero film from a different era, taking a lot of interesting risks that may not always payoff, but are interesting nonetheless. And to this day, I still claim that Tobey Maguire is my one and only Spider-Man.

Continue Reading
You may also like...
Related Topics:Marvel, Spider-Man 3

Could ‘Avengers: Infinity War’ Be The Last Time We See Hulk In The MCU?
The Chilling True Story That Inspired ANNABELLE
Advertisement
Advertisement
To Top