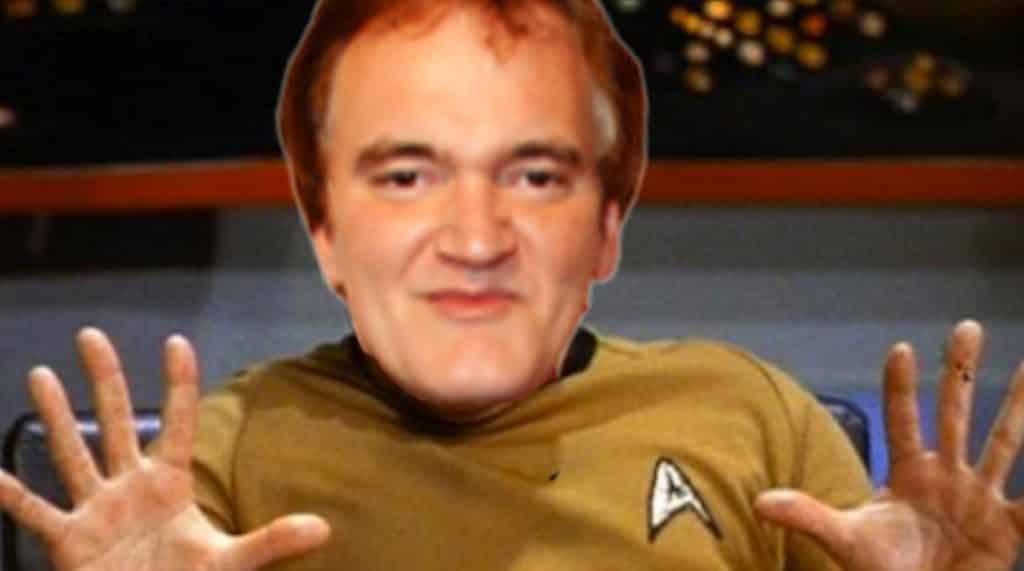 The strangest thing is happening in Hollywood currently, with director Quentin Tarantino pitching his idea for a Star Trek film. But what’s especially shocking is that it seems to actually be happening – writers are being attached and what would be a shocking first for the franchise is that the film will likely be Rated R.

According to Deadline, Tarantino was involved with a writers room setup by JJ Abrams at Paramount. He met with writers Mark L. Smith, Lindsey Beer, Drew Pearce and Megan Amram, where they pitched their ideas around for hours with Tarantino. As of right now, only one of the writers will get to write the film’s script, and so far Mark L. Smith is the front runner for the job.

Per the report, the R-Rating was very important to the director:

That rating was crucially important to Tarantino, who hopes to direct this Star Trek and who has helmed R rated films his entire career. Imagine how this could open storytelling lanes, or even what the banter on the bridge of the Starship Enterprise might be, if you conjure up memories of the conversations between Samuel L. Jackson and John Travolta in Pulp Fiction, or the banter at the diner between robbers before the heist gone wrong that triggered the action in Reservoir Dogs.

After a writer is selected, the script will be worked on while Tarantino finishes his next film. It is, of course, a movie based around the summer of 1969 featuring a fictional version of the Sharon Tate murder conducted by Charles Manson and his followers.

Whatever madness Quentin Tarantino is summoning, it’s certainly creating a turmoil through Hollywood. And if his R-Rated Star Trek is successful, there’s no telling what the impact will have on future films. There’s also no way to tell what effect it’ll have on the Star Trek franchise, but if these are going to be Tarantino’s last movies he’s sure going out in style.

The last Star Trek film was Star Trek: Beyond in 2016, followed in this year by the new Star Trek series entitled Star Trek: Discovery.

What do you think of the sound of this? Do you want to see an R-Rated Star Trek film from Tarantino? Be sure to tell us your thoughts in the comments!