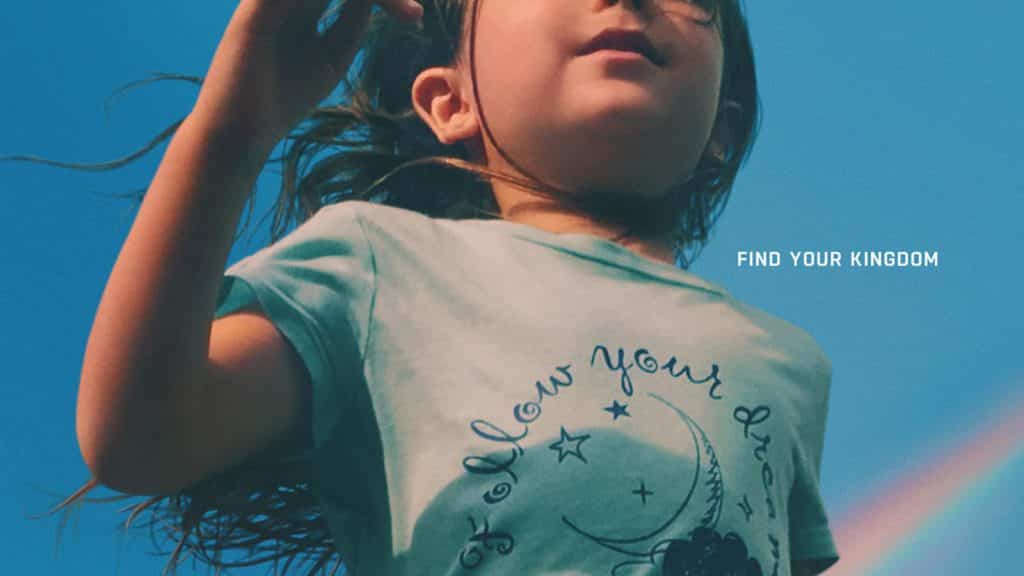 Upstart production studio A24 has been on an absolute tear, shocking the world last year when Moonlight won Best Picture. The Florida Project is their latest attempt at Oscar glory, as its a balanced and deeply-resonant portrait of childhood and poverty.

The Florida Project follows Moonee, a six-year old girl living with her irresponsible mother on the outskirts of Disney World. The film follows Moonee and her ragtag friends who look to make an adventure out of their situation.

Director Sean Baker made headway in 2015 with Tangerine, a poignant tale filmed impressively with a few I-Phones, and he continues his career evolution here. Baker as a visual storyteller has a deft eye, painting a detailed portrait of this slum area with some real vibrancy. As a story told from the perspective of a child, everything pops with some extra color, transforming the slummy hotel and vacant buildings into a magical area. It’s a brilliant quirk, and it also helps give the film a distinct and visually-arresting look. Some may consider the film’s pacing languid, but Baker helps the audience get comfortable in this repeating life cycle of desperation. The repetition of scenes builds off each other well.

Baker’s approach to the story is a great balance between sympathetic and realistic. A lot of what happens in The Florida Project is tough to watch, yet Baker is able to keep the film fairly balanced tonally. It’s by watching Moonee handle these adverse situations with her childlike wonder that makes for the film surprisingly humorous at parts. At the same token, Baker depicts the troublesome behavior incapsulated with this lifestyle that goes just beyond Moonee’s understanding. Despite countless bad behaviors, Baker never judges these characters nor their actions, creating a slice of Americana that is all the more profound.

Performance-wise, this film features some of the year’s most impressive work. Brooklynn Prince gives one of the most naturalistic child performance I’ve ever seen, bringing Moonee to life with a ferocious energy. Even when her character is a bit of a brat, its hard not to be charmed by the infectious performance. Willem Dafoe is getting serious Oscar consideration for his supporting role, and its much-deserved. The veteran actor shines in one of his more sympathetic turns as Bobby, the hotel owner who is often tasked with care taking for Moonee and her mom. Valeria Cotto and Bria Vinaite are also quite good in their respective roles.

Much discussion has been made about the film’s ending, which finds Baker taking an interesting risk with his narrative. That risk in my book pays off, concluding the emotionally affecting final third which won’t quickly be forgotten.

Perhaps my only issue is Baker’s use of perspective. Much of the film is set from Moonee’s perspective, but the film occasionally drifts to focus on other characters in the story. Not only is it inconsistent, but it also could have been done much better. Dafoe’s performance is fantastic, but his character ends up feeling like a bit of an enigma even after a few moments of development.

The Florida Project is an incredibly genuine tale of poverty and childhood, one that will resonant with audiences long after viewing.

Continue Reading
You may also like...
Related Topics:Oscars, The Florida Project

Review: Jim & Andy: The Great Beyond
Review: The Disaster Artist
Advertisement
To Top