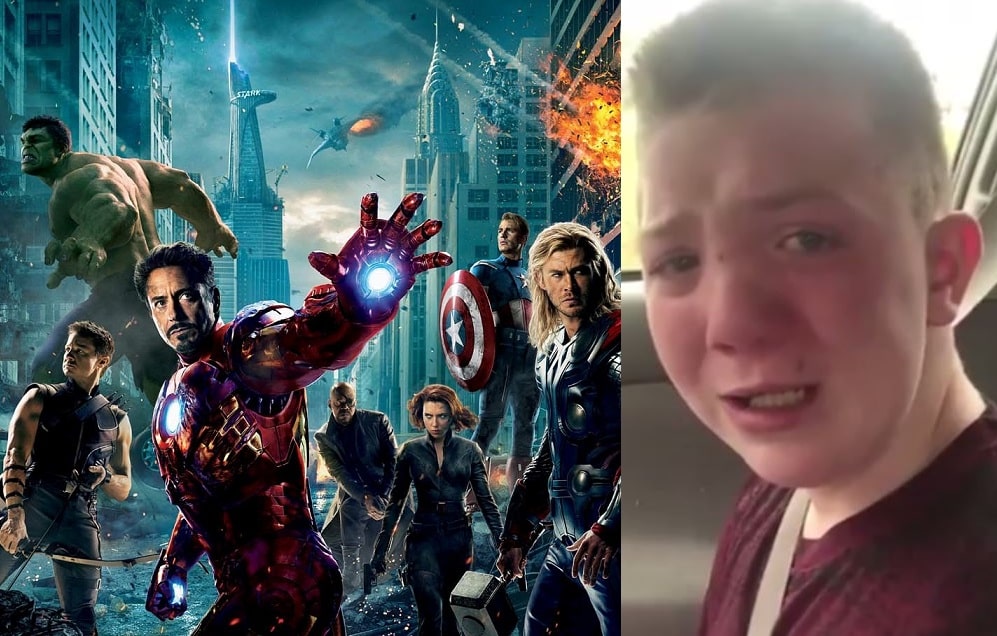 In case you’ve been living under a rock, a video surfaced of school student Keaton Jones crying after allegedly being bullied at school. Captain America star Chris Evans saw the video, and invited the kid to see Avengers: Infinity War.

Stay strong, Keaton. Don’t let them make you turn cold. I promise it gets better. While those punks at your school are deciding what kind of people they want to be in this world, how would you and your mom like to come to the Avengers premiere in LA next year? https://t.co/s1QwCQ3toi

Don Cheadle did as well:

Naturally, people on Twitter looking for something to be pissed about without gathering any facts came out and began criticizing the allegedly bullied student, and posting things that turned out not to be true, including messages exchanged between MMA Fighter Joe Schilling, who posted a screenshot of someone claiming to be Keaton’s mother.

He later admitted it was fake:

Did you also read that @joe_schilling said it could be a fake account? pic.twitter.com/wH9bIVhlOk

“I did not tell him that I would rather have donations instead of the help from celebrities.”

“I love my kids: Ya’ll people do not know me or my family,” Jones wrote. “Did y’all know that my son Keaton was spit on in school, picked on by teachers, that supposed to be there for him??? I’m guessing y’all didn’t because y’all wanna steady Judge me and say I’m using him for money that’s false.”

But Twitter ran with it as Schilling didn’t clarify that he fell for some random person on the internet – as did several websites, one of which posted this update: 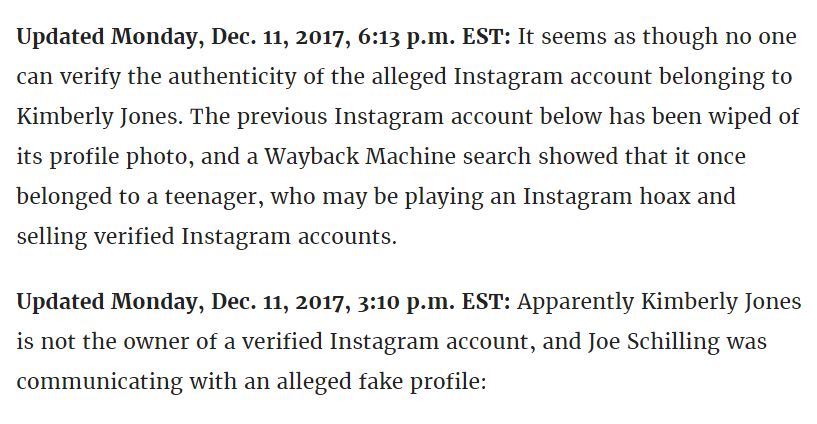 And Twitter then ran with it as fact – because that’s what happens. Even Don Cheadle retweeted the video of what has been proven as fake. That’s not anything against Cheadle, as it was Schilling who should have checked into it a little more:

Family is racist and he got served(taught a lesson on language usage)! Mom is a charlatan …

She said this to an MMA fighter that was reaching out… pic.twitter.com/lu5qD7egyi

Dear Chris. It’s a sweet gesture but you spoke too soon. Keaton was bullied because his 1st bully (His mom) taught him racism which he brought to school which in turn led to him being bullied. His mom uses the n word and requests money over help. Just thought you should know.

This horrible bullying incident didn’t happen in Knoxville. However, we are reaching out to the school system that Keaton attends and their law enforcement agency to offer anti-bullying training and support. #StandWithKeaton

How about stand with those black kids he called “n” ? You should know the both sides first, Sir. Every story has 2 sides. Be fair.

don said they took away the invite, just waiting for chris to say something tho

Anyone aware that he was calling his classmates racial slurs and bullying them first, That’s why he was bullied?

Sooooo are we gonna address the fact that he got bullied BECAUSE he was bullying others. And calling other kids the N word??

People, don’t blame Keaton for his racism. Blame his parents. Don’t blame celebrities for wanting to help. Blame Leaders who don’t lead and the lack of responsibility on social media. Bullying by adults makes bullying by children. We feel you @ChrisEvans . Good guy 100%

I’m doing some more digging I think there’s two pages. Instagram has his mother’s page verified but all her social media accounts are private now. I think the one Joe Schilling was messaging was fake or could be.

That is an account impersonating Keaton Jones’ mom. SHAME ON YOU for spreading Fake News. https://t.co/wPQogfdGBL CC: @Lakyn_Jones https://t.co/vAnDxmURte

“Now this might be a fake account pretending to be his mom. But this person who is doing the go fund me account needs to be put on blast”

Said by Joe Schilling himself.

How about you retract your FAKE NEWS now?

There have always been two sides of a story. pic.twitter.com/GaFSplQSXZ

Or maybe it was the other way around. They harassed him and he said it as he knew it would hurt them the most.
Or maybe he did not say anything and people just hate him for living in a patriotic family.

Or maybe you got it all wrong mate and he said the N word first. as much as bullying is unacceptable so is racism.

Sorry i didnt know you like copy and paste… here you go sir https://t.co/vNLoN6sdur

BOOM! Because using violence to solve problems is SO LEGIT! Wow, you are a class act bro! Lean in on that shiz!

This is Keaton’s mom^^ & apparently the person who exposed her ass also said Keaton calls kids at his school the N word soooo 👀 pic.twitter.com/LrmxKUGIkF

I guess this Keaton kid likes to say the n word

The same way you took his word he was being bullied? Where’s the proof?

I think the kid sobbing is proof enough

If you needed any further proof that Twitter and basically all social media is just pitting everyone against each other, it’s about to come.

They also went after Mark Ruffalo:

And is NOW profiting off of her son’s ‘pain’ with all of these celebrity supporters and a go fund me account nearing $60,000! I’m sorry but you can’t negate my humanity and expect my sympathy AND money as well! #kimberlyISthebully

Mark – sadly this was a ploy by his mother to get money – she wonders why “us whites” can’t just stick together 😭🙈😭 pic.twitter.com/zSCFrPzAqt

You know his parents fly the confederate flag, right?

There are alleged pictures of Keaton’s mom holding up confederate flags that have made the internet angry, as well as some other questionable comments – which is understandable:

Sadly this is how the ‘bullying’ led up to for Keaton Jones. His mother has made many racist comments and things saying depression is a joke on her Facebook. #KeatonJones was ‘bullied’ because he was bullying other students and calling them the N word. pic.twitter.com/UUkkoRcN0a

But isn’t Jones at a young enough age to maybe not go after him personally? Isn’t that more of a reflection on their parents at that point? Not according to Twitter:

don he’s racist can y’all do something

Keaton gained support from black media, artist, entertainers & athletes just for us to find out he was bullied at his school bc of his racist views & remarks towards black kids + his mom is a CONFEDERATE FLAG carrying, MONEY HUNGRY RACIST who bashes those who sit during anthem. pic.twitter.com/lx8Qyp9wH8

“Keaton is a racist! He called a kid a nigger!”
Do you have proof?
“here is a picture of him standing by a Confederate flag!”
How is that proof?

Keaton was bullied for being racist. His mom is a racist. Ya’ll just donated money to help out racists. Think about that

All the internet loves Keaton Jones, a lovely kid that got bullied *5 seconds later* we regret to inform you Keaton is a racist.

“keaton is a young kid who gets bullied at school”

“keaton and his family are also racist-
pic.twitter.com/r0cpIDfd1n

#GoFundMe
When you skipped the #Keaton video then realized he’s racist and his mom is a scammer pic.twitter.com/zD06cwy4T9

Keaton Jones update:
– Keaton accused of saying the n-word at school. No evidence he did.
– Keaton’s mother was accused of saying racist things and posing with a confederate flag. The account that posted this is not her account.
– The GoFundMe that got 55k USD is a fake.

So at this point, there are many allegations and accusations being taken and reported as real, when some of them have already been proven false, such as the GoFundMe account (set up by a scammer) and the Instagram messages.

It’s also clear that Twitter’s solution to solve bullying – is by more bullying. It’s been shown that vicious Twitter mobs can lead to some committing suicide, but apparently that doesn’t matter.