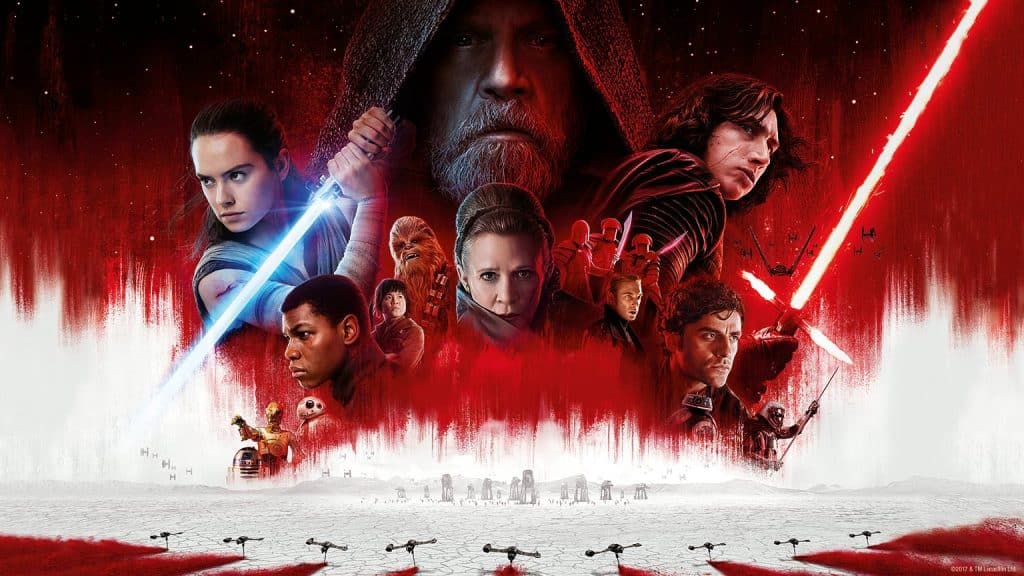 You know what you’re getting when your eyes land on the words “Star Wars”. Battles set in space, lightsabers, blasters, Stormtroopers missing their targets, talks about balance between light and darkness… the usual. Of course, after the credits had rolled for Star Wars: The Force Awakens, audience members were eager to see the next installment and counted the days until the release date. What was released was something that goes beyond what Star Wars is about. It goes beyond the blasters, the spaceships, the lightsabers, it goes beyond what to expect out of a Star Wars film and so much more. Let’s dive in and find out what I’m talking when it come to Star Wars: The Last Jedi.

I’m going to try and not spoil the movie for any readers because I think it’s crucial that you go in as blind as possible—but don’t poke your eyes out. Just to give you a taste of what this installment is about, the story takes place seconds after The Force Awakens. Rey has found Luke, Finn is still injured from his battle with Kylo Ren, and The Resistance is fleeing from The First Order as fast as they can. Got it? Good.

Now, lets talk about the acting. The acting here is top notch from all fronts. Everyone has brought their “A” game but some continue to stick out more than others. Daisy Ridley, Adam Driver, John Boyega, and Oscar Isaac still shine in this film and you see why they were picked to lead this franchise for a new generation. All four of them bring a level of nuance that this franchise has seen before but this time, its done right.

The standouts are someone new and someone old. Kelly Marie Tran who play Rose Tico is a welcomed added edition to the franchise as she brings out the best of Boyega’s character while holding her own. She really helps propel one of the subplots forward that feel deserved. The someone old? Mark-Thank-The-Maker-He’s-Back-Hamill.

People have been waiting for years for Luke Skywalker’s return and it is glorious. You would think that maybe he’s become a Yoda like monk over his years of mastering the force but what’s happened to him over time is something else. He is a broken man that realize the mistakes he’s made in his life that puts the character in a different light. Hamill not only fit back into the role like a glove, he elevated the f&%k out of it.

The action in this film—for the lack of a better word—is amazing. The film kicks off into high gear with a space battle that anyone can enjoy. What follows are a series of action set pieces that continue to top one another and is never tiring. There’s even a light saber battle that you don’t see coming that will have floored. It ranks up there with the only thing that’s worth a damn from The Phantom Menace, the Duel of the Fates scene.

The final battle scene between The Resistance and The First Order harkens back to that classic Battle of Hoth scene while making its own and is visually stunning as well.  What the action set pieces also do is give everyone a moment to shine. All four of the leads are given moments to confront their enemies and become something greater in the franchise.

We’re going to get into the direction and the writing since they were both helmed by Rian Johnson.

A bit of preference first: I have been a Rian Johnson fan since Brick so when I got news that he was going to direct a Star Wars film and knowing that he is a huge fan, I knew the film was in the right hands.

The direction of Johnson had become a bit worrisome when reshoots for the film were announced. By the start of the film, all the worries will be thrown out the window. This film was made by a Star Wars fan for Star Wars fans; Johnson just gets it. He understands the complexity of the characters and the inner turmoil that reside within them.

There are plot beats and twist that keep you guessing all the way into the final act of the film and even minutes before the end credits role. Even the way some scenes are shot come off with easy practical effects that works well in the film and where some directors might try to throw in CGI in it’s place, Johnson lets the camera and the viewer’s perspective do the magic.

What Johnson did was take some of the best parts of Empire Strikes Back and Return of the Jedi and molds it to a film that just tugs on the heart strings and raises your pulse. There’s even a scene in the film that completes a character’s arch in a way that brought tears to my eyes and when I began to drive home from the theater, I found myself sobbing like a baby…yeah. I ain’t afraid to admit it; a Star Wars movie made me cry.

The only hiccups for the movie is sometimes it can seem pretty long but that’s easily forgiven as the film plays on.

Many people have been calling this the Empire Strikes Back of the new trilogy. I would agree and at the same time, not agree with that assessment. It’s a film on its own but still brings the dark tone that was expected. What Johnson has done is created a masterpiece in cinema that might be a tough act to follow—I still believe in you JJ Abrams. I left the theater speechless at what I just saw, and I believe this is the Star Wars that I have been waiting for since I was 6 years old. I can’t recommend this enough. This Folks, might be the best Star Wars film ever made.