Review: Jumanji: Welcome To The Jungle 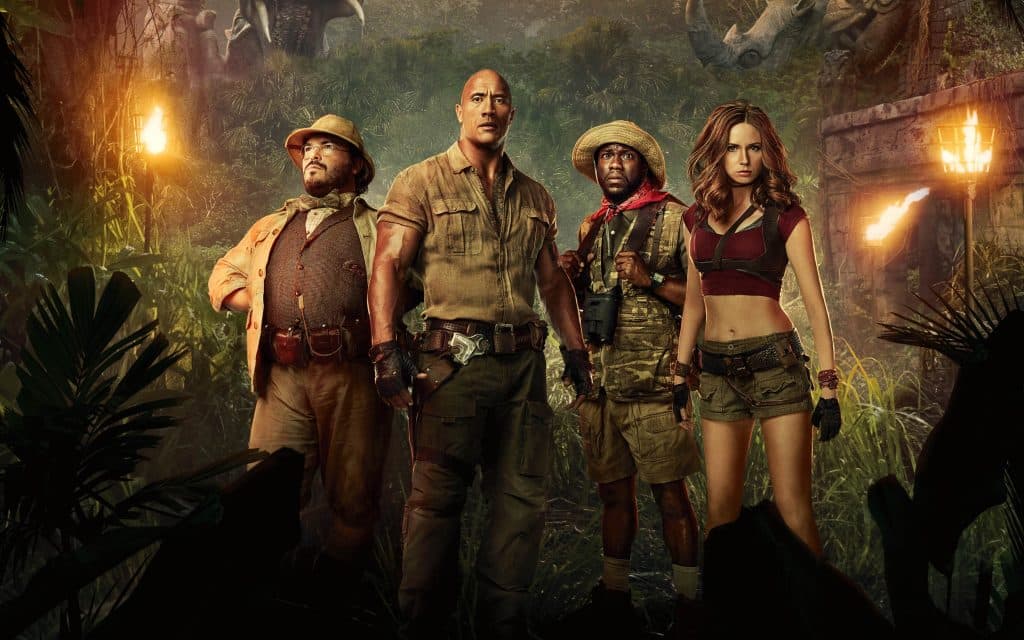 Jumanji is a film that has stood the test of time, even though it was neither a sizable critical or financial success. The film has developed a loyal fanbase, one that was upset with the fact that a spin-off Jumanji: Welcome To The Jungle was set to hit theaters. Despite some surprisingly favorable reviews (currently certified fresh on Rotten Tomatoes), I kind of hated this new Jumanji, as its a painfully generic blockbuster that doesn’t offer any sparks of creativity.

Jumanji: Welcome to the Jungle follows four misfit teenagers who while serving detention stumble upon a video game. This game ends up absorbing them into its world, making these teens complete an ancient mission before they are allowed to return to the real world.

Love it or hate it, the original Jumanji is a film that has sparks of life despite being a studio film. Joe Johnston directs the film with some real vibrancy, as the chaotic action takes center stage. It also helps a lot when the charismatic Robin Williams is the star of your film. This spin-off however is the definition of soulless, as its an extremely calculated studio film that is constantly moving on auto-pilot.

The film (and coincidentally its marketing effort), rests much of the responsibility on its cast of star actors. For some, their skill and charisma may be enough to carry the film. Personally though, I think this film asks the bare minimum of these stars. Dwayne Johnson, Kevin Hart, Jack Black, and Karen Gillan are talented, but frankly not given much of anything to do. Hart and Black are relegated to playing one-joke characters, while Johnson and Gillan look flat out bored with the straight-man roles they are given. The concept of having these actors play against type is interesting, however the script (collaborated on by four writers), doesn’t take this concept far enough.

Director Jake Kasdan has made some solid comedies in the past, but he seems overmatched here. This is a 90 million dollar production, but the whole film looks cheap as Kasdan has no distinct voice behind the camera. The forced action sequences are shot with little flair, and much of the narrative moves without any defined sense of pace. This is a comedy that listlessly goes from joke to joke aside from the occasional dull narrative beat.

Much of this could be forgiven if the film was funny, but for me at least I hardly even chuckled. None of the jokes here are interesting or original, resting much of the responsibility on the actors to overact and try and create something. Perhaps the first time hearing Jack Black talking like a teenage girl is humorous, but the film sledgehammers jokes like this into the ground by constantly repeating them. It’s clear the writers didn’t have much in terms of creative material, both joke-wise and especially with the narrative. You can practically set your watch to when a predictable story event will happen.

Jumanji: Welcome to the Jungle is sure to be palatable for families this Christmas season, but I found it to be a detestably lazy and generic experience; one that lets its star cast down at every juncture.

Tags: Dwayne JohnsonJumanjiJumanji: Welcome to the Jungle
No Result
View All Result