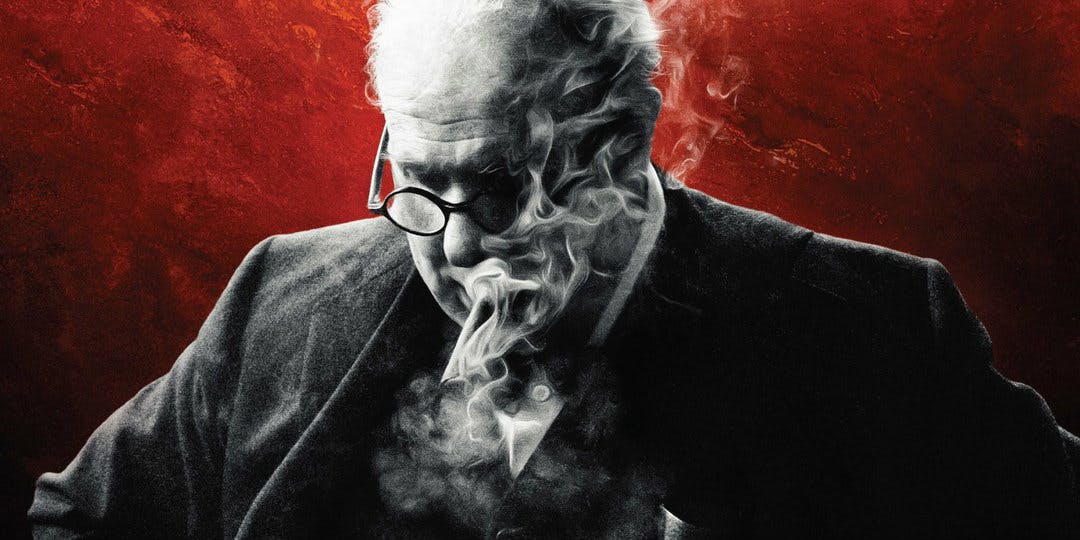 After a great career filled with versatile roles, Gary Oldman is set to win his first Oscar in his role as Winston Churchill in The Darkest Hour. His performance, and the film itself, is more of a mixed bag than a true Oscar contender however.

The Darkest Hour follows Winston Churchill as he enters office as Prime Minister of the United Kingdom. With the country on the brink of war against Nazi Germany, Churchill must make key decisions while maintaining his position in office.

Oldman has already been pencilled in as the Best Actor winner, which to me is slightly puzzling. While I don’t think he gives a bad performance, I would say that it isn’t the showstopper many are making it out to be. As Churchill, Oldman has some effective dramatic scenes where he unearths the character’s personal struggles involving the toll of war. However, there are a lot of scenes in which Oldman is hamming it up, with the mix of his showy performance and inauthentic make-up taking me out of the movie completely. Oldman gives a sincere effort, but the movie would have been better off casting an actor who actually resembles Churchill. It’s surprising to me that supporting players like Kristen Scott Thomas and Lily James aren’t getting as much credit, because both actress are excellent in the small roles they are given.

When it comes to British period pieces, director Joe Wright certainly has some experience. Similar to Atonement, this film is shot very handsomely, with Wright and Cinematographer Bruno Delbonnel creating some visually striking moments (what is a Joe Wright movie without an impressive tracking shot). Wright tries to make the film more visually interesting than the typical biopic, but it feels like overkill at times. All the constant stylistic touches become more of a distraction than a methodical way of telling the story.

Anthony McCarten’s screenplay fails to bring much life to the narrative. While I appreciate approaching Churchill’s legacy in a more segmented way, McCarten’s screenplay fails at making Churchill into a well-realized character. Aside from showing some of his difficult personality quirks, Churchill is made into a idol, as the movie worships his heroism at every juncture. While that’s certainly important to do, the movie is artificial because its inability to get into grittier details of who he was.

What kills this film the most is its third act, which is painful in its attempts to crowd-please. A certain scene that takes place in a metro station is cringe-inducing, with McCarten making his obvious attentions known with his hackneyed writing. Combined with the over-produced score, the final moments of the film are painful in just how little the film earns the emotions it strives for.

The Darkest Hour is yet another piece of Oscar bait that fails to bring its subject to life with dramatic potency or authenticity. Gary Oldman has surely had a great career, but this surely not the movie he should be recognized for.

Continue Reading
You may also like...
Related Topics:Gary Oldman, Oscars, The Darkest Hour