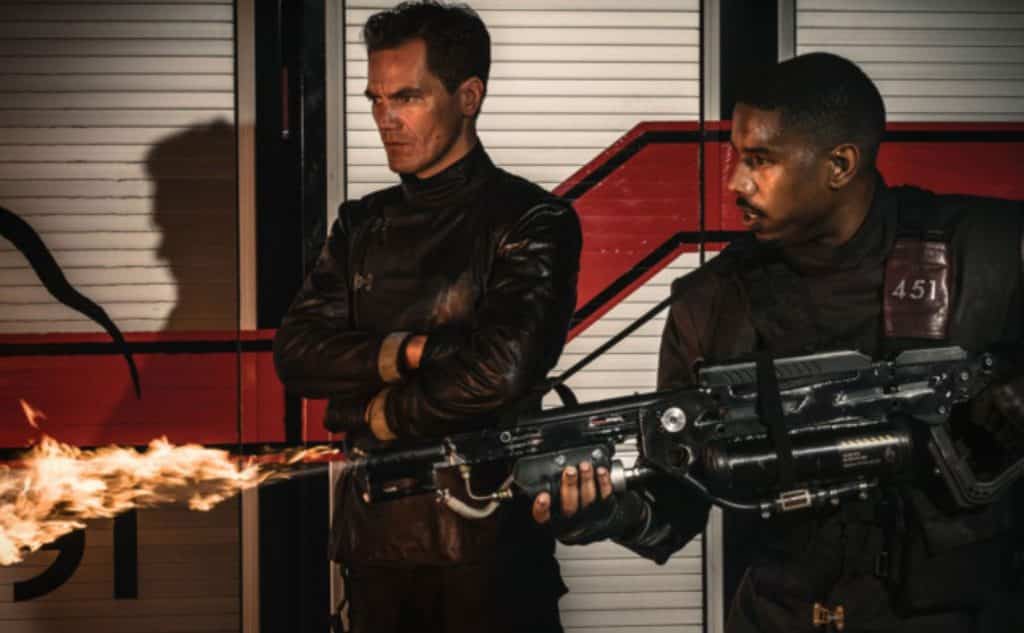 If there is one thing which Science Fiction writers love writing, it’s a Dystopian society ruled over by an oppressive government. This is the story we are set to see in HBO’s latest Television Movie, Farenheit 451, which is set to be a gritty take on Ray Bradbury’s classic tale. Now the Network have released a teaser trailer to give us an idea of what to expect. Read on to find out more.

The movie, which is set to star Michael B. Jordan in the lead role takes place in the aforementioned dystopian future where the leaders use the media to control the minds of the people. To stop the spread of subversive ideas, all books are banned with ‘Firemen’ being responsible for burning any books they find. Jordan is set to play Guy Montag, a fireman who is content with his life until he meets a spirited woman named Clarisse, set to be played by Kingsman actress Sofie Boutella. It’s after this that he begins to question everything he knows, bringing him into conflict with his Supervisor, Beatty, played by the ever menacing Michael Shannon.

The trailer itself doesn’t actually feature any footage from the movie itself but does give us a great idea of what we can expect, with the trailer featuring the dark imagery of books and knowledge set aflame. HBO have released several images for the Movie, including our first look at Shannon and Jordan as their characters.

A plot summary of the book:

Fahrenheit 451 is a dystopian novel by American writer Ray Bradbury, published in 1953. It is regarded as one of his best works.[3] The novel presents a future American society where books are outlawed and “firemen” burn any that are found.[4] The book’s tagline explains the title: “Fahrenheit 451 – the temperature at which book paper catches fire, and burns…” The lead character is a fireman named Montag who becomes disillusioned with the role of censoring works and destroying knowledge, eventually quitting his job and joining a resistance group who memorize and share the world’s greatest literary and cultural works.

Are you excited for Fahrenheit 451? Did you read the book? Be sure to tell us all of your thoughts in the comments!

Continue Reading
You may also like...
Related Topics:Fahrenheit 451, Michael B. Jordan