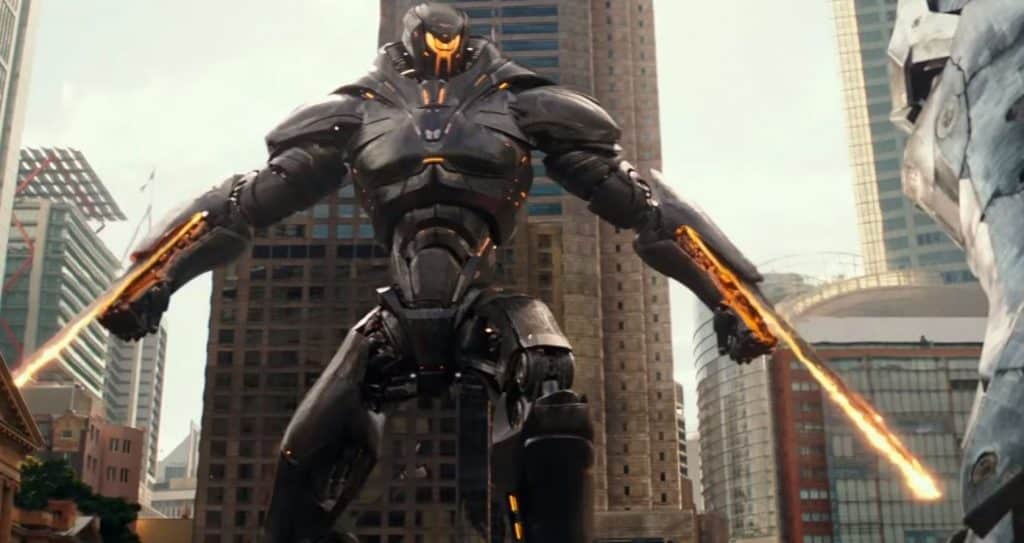 Don’t you just hate it when you try your hardest to cancel the Apocalypse – but it ends up going ahead anyway?! That’s the issue that seems to have befallen humanity in the latest trailer for Pacific Rim Uprising, the sequel to Guillermo del Toro‘s 2013 original. It certainly seems as though this time around there is going to be a lot more Jaeger combat this time around. Read on to find out more.

This time around our hero is John Boyega’s Jake Pentecost, son of Idris Elba’s awesomely named Stacker Pentecost, being brought back to lead a new generation of Jaeger pilots against not only a new wave of Kaiju, but a mysterious group who unleashed the creatures back into our world after the events of the first film sealed the breach.

It certainly looks as though we can expect a lot more combat in this film as it looks as though we will be seeing a bigger number of Jaegers this time around, and not just on the good guys side as the trailer features a bit of Mech on Mech combat and potentially a Jaeger/Kaiju Hybrid. Sounds pretty crazy! You can check out the trailer below.

The first film eventually ended up debuting to a lukewarm reception, with it not living up to the awesome potential that the trailers promised. Hopefully, this film can live up to the hype promised, the universe that has been set up is definitely one which deserves further exploration.

Pacific Rim: Uprising also stars Scott Eastwood, Cailee Spaeny with Rinku Kikuchi, Charlie Day and Burn Gorman returning from the previous film. Stepping into the director’s chair this time around is Steven S. DeKnight, who most recent helmed the first season of Marvel’s Daredevil on Netflix. The film is set for release March 23rd.

What do you think? Will you be checking this out? What did you think of the first film? Let us know below!

Continue Reading
You may also like...
Related Topics:Pacific Rim Uprising

Trailer For ‘Children of the Corn: Runaway’ Released
‘Black Panther’ Movie Leaves Out One Pretty Creepy Part From The Comics
Advertisement
Advertisement
To Top