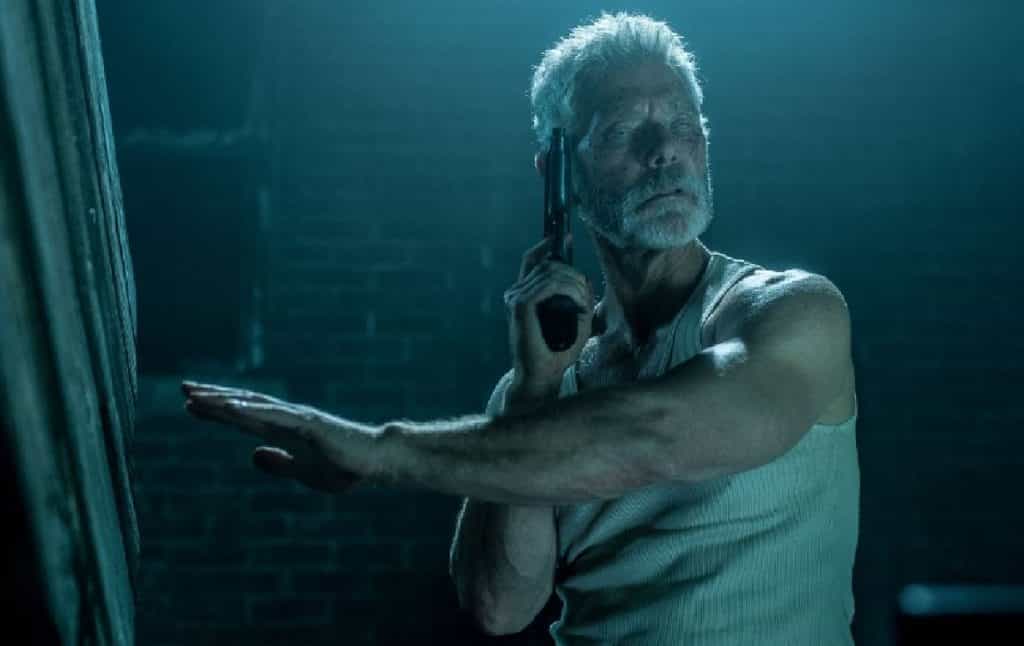 Don’t Breathe was one of the biggest horror hits of 2016, and soon after Director Fede Alvarez announced that a sequel would quickly be thrown into production. It’s been nine months since the announcement, however, and we’ve yet to hear any developments on the sequel. Until now that is.

The prospect of a sequel was first unveiled by Fede Alvarez and producer Sam Raimi in November of 2016. According to Alvarez:

“The challenge obviously is we just don’t want to do the same movie again and just have 2 in it.”

It was Raimi who really increased everyone’s excitement for the sequel by saying,

“It’s only the greatest idea for a sequel I’ve ever heard. I’m not kidding.”

Now according to Don’t Breathe star Stephen Lang during an interview with Screen Rant,

While it’s not much to go on, it does reassure fans of the first film that a sequel is still in the cards. Only time will tell when the movie will go into development. Hopefully it doesn’t get pushed away into the shadows like the sequel to 2013’s Evil Dead remake did.

Three teens who get away with perfectly planned home robberies have set their sights on one last payout that will get them out of crime forever. Their target: a reclusive blind man with millions of dollars in hiding. But as soon as they break into his home, the tables are turned and they find themselves trapped and fighting for survival against a psychopath with secrets of his own.

We’ll be sure to keep you posted on all of the updates on the Don’t Breathe sequel as we get them.

How would you feel about a sequel to Don’t Breathe? Be sure to tell us all of your thoughts in the comment section down below!

Continue Reading
You may also like...
Related Topics:Don't Breathe 2, Horror