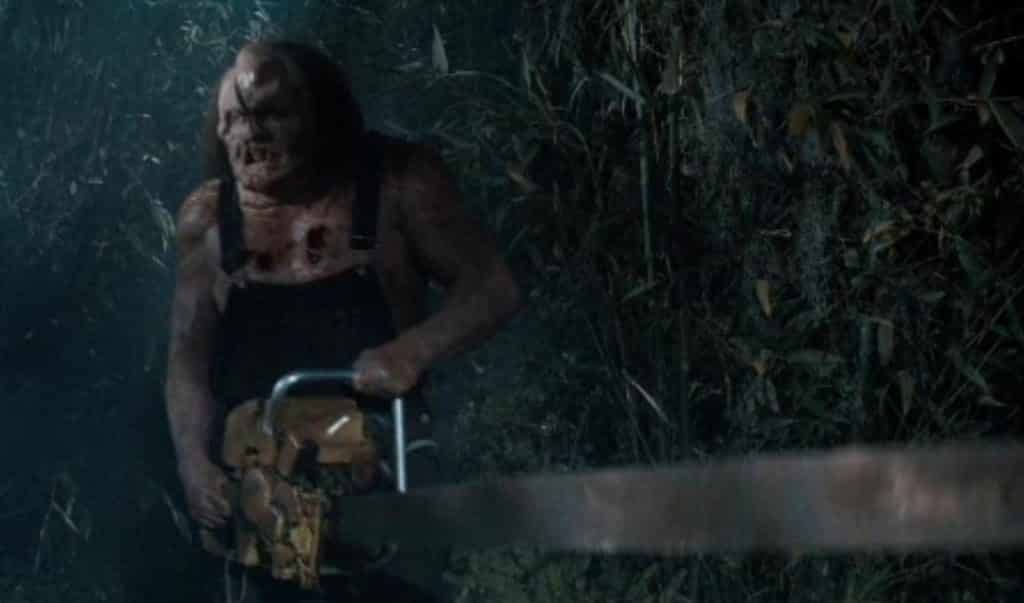 The beauty of the slasher genre is that the iconic killers can always return for another outing. This seems to be the case with Victor Crowley, the well-known villain of the Hatchet franchise which returns for its fourth installment tomorrow. Appropriately enough, the film will also be titled Victor Crowley as opposed to Hatchet 4 when it hits Blu-ray and DVD.

Coming Soon has gotten their hands on an all-new clip from the film to promote the home video release. In the video are the first blood-soaked five minutes, which quickly kill off a group of characters with ease.

Truthfully, it’s nice getting to see another new slasher movie again. Especially one from an established franchise. It brings back memories of some awesome genre titles, and hopefully we’ll be getting even more carnage with the upcoming Halloween sequel coming later this year.

As for what to expect in Victor Crowley, writer/director Adam Green says:

“The comedy is more on point than it’s ever been in one of these films. Part of that is because nowHatchet can be Hatchet. With the first one, even the trailer for the first one, there isn’t a hint at any type of comedy and so there were people that were really thrown off guard when they saw it and realized it was as funny as it was. I got to hit the reset button. People know that it’s gonna be comedic at times, but this one is really funny. It also has suspense and dread for the first time in a Hatchet movie, which is something that I purposely didn’t have in the other three. They were more about just being entertaining and then really gory. This one’s got some really scary moments and a very sad moment, which is unexpected. But that made it worth doing. If I was gonna come back to this, and bring him [Victor Crowley] back and make another one, I had to have something to say, and I had to have a different movie to make that was still a Hatchet movie. I feel like we did that.”

“The events in the first Hatchet happened about 10 years ago and that’s also a personal connection to you because it’s been a little over 10 years since the first movie came out. It mirrors your personal experience making these movies, so it’s almost like you’re there with the characters in a way, looking 10 years down the road.”

In 2007, over forty people were brutally torn to pieces in Louisiana’s Honey Island Swamp. Over the past decade, lone survivor Andrew’s (Parry Shen) claims that local legend Victor Crowley (Kane Hodder, Friday the 13th series) was responsible for the horrific massacre have been met with great controversy. But when a twist of fate puts him back at the scene of the tragedy, Crowley is mistakenly resurrected and Andrew must face the bloodthirsty ghost from his past.

What did you think of the opening five minutes? Are you excited to see Victor Crowley again? Were you a fan of the other Hatchet movies? Be sure to tell us all of your thoughts in the comments!