As long as the internet has existed, it’s been proven that we can’t have nice things. For everything that somebody creates, it appears there will always be those trying to detract from it. As is the case with the upcoming Black Panther film, which has seen it’s score on popular movie site IMDb, drastically altered.

Despite the film yet to be screened outside of premieres and press screenings, it already has a relatively low score of 6.7, with over 2000 ‘reviewers’ giving it a 1 out of 10. Pretty impressive since it’s unlikely that many people have actually seen the film.

Although saying that, it’s also unlikely that the nearly 5000 people who voted gave it a perfect 10, but that’s likely just in response to the campaign against the film which has been floating around the web the past few weeks.

You can check out a screengrab of the scoring below: 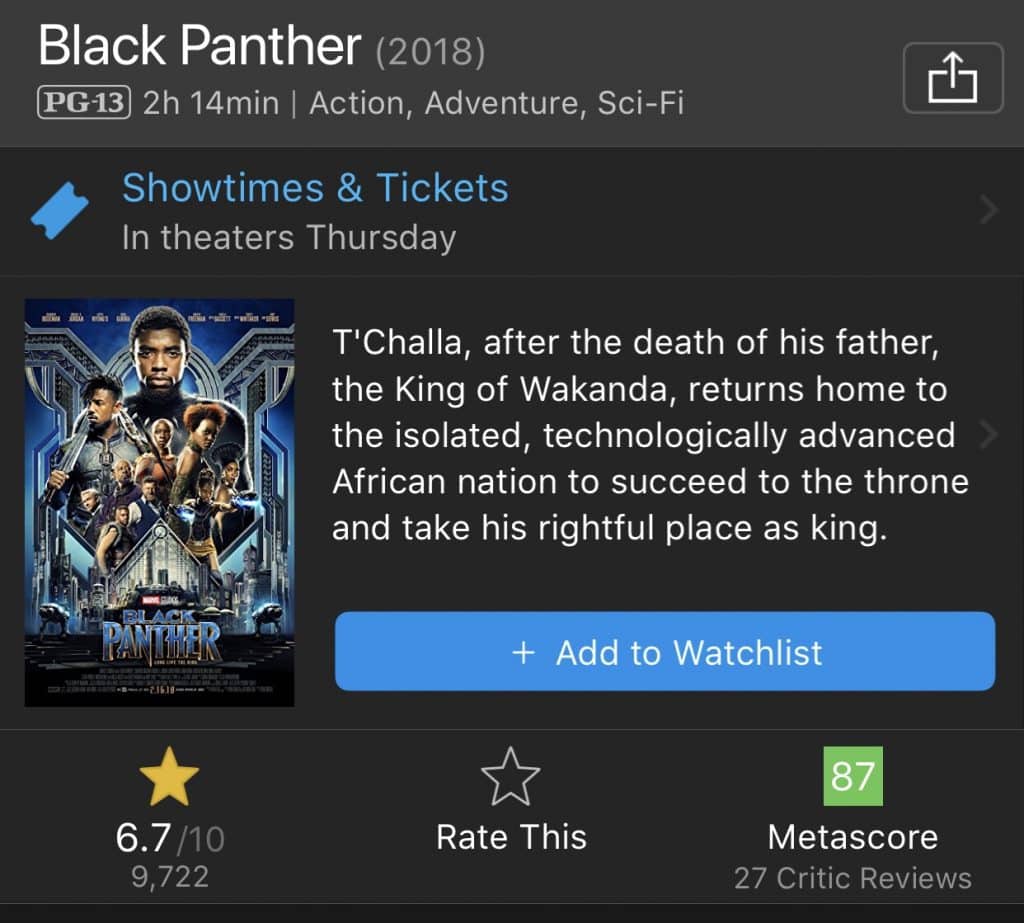 It definitely seems as though there are people out there who are looking to ruin the scores of this film, although it’s hard to know whether it’s down to bitter DC fans who are annoyed with Marvel’s success – or something slightly more.

It was reported last week that a campaign to ruin the film’s Rotten Tomatoes audience score was being attempted by a group on Facebook, with the website itself also commenting on the issue.

Either way, it’s apparent that this film will have have it’s detractors when it hits general release next week. It’s a real shame, as it sounds as though the film is actually well made and a worthy addition to the franchise. It’s also a shame when you think of all the hard work that went into creating it.

We will hopefully be seeing more accurate scores on these websites when Black Panther hits theaters on February 16th.

What do you think? Are you looking forward to this film? Do you believe in reviews and ratings? Let us know below!