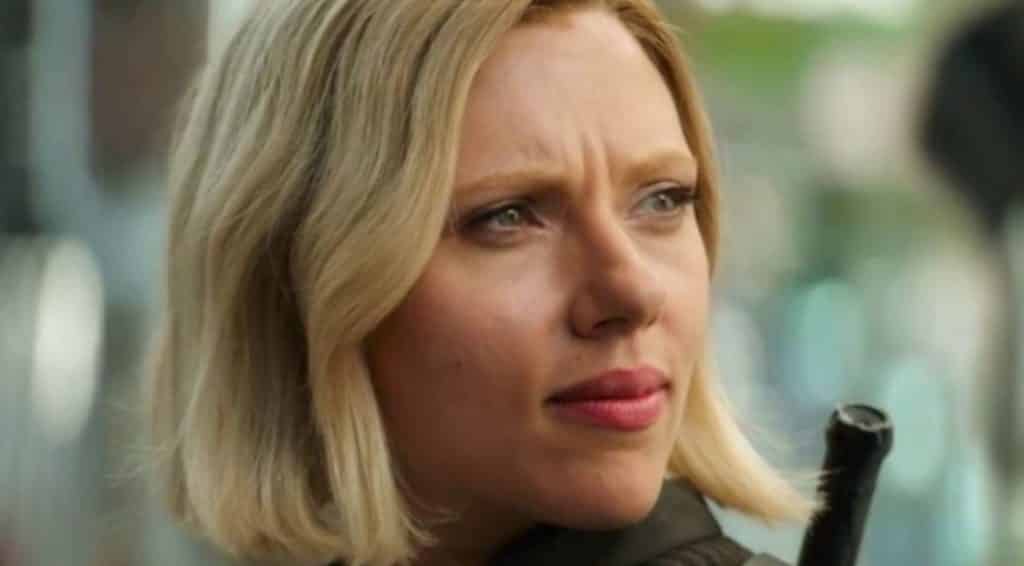 Black Widow, well known for her fiery red hair and her slick black skin-tight outfit, has been given a change that some may not be too impressed with. Although, seeing characters in live action is bound to give us some differences from the beloved comic books of ours, there are some differences that do not need to exist. Hair styles and colors are two of those and should be done accordingly. Her new look was revealed alongside Chris Hemsworth’s Thor in leaked photos – but we didn’t have an exact reason for the change.

According to ComicBook.com, there is a very valid reason that she is no longer a red head and that has to do with decisions made by the Russo brothers who are directing the flick. Scarlett Johansson explains how the thought process went down for the brothers and why she must dawn the blonde hair now.

“Joe and Anthony really wanted our characters…wanted us to, kind of, feel like it had just been a period of time when we were both, sort of, under the radar just like different. I think that red hair is a, sort of, signature of Natasha. They just wanted us to look different. So for me I thought, ‘Alright well maybe I’ll give a wink and nod to the other Widow’s story that have been out but with her.'”

It seems the brothers are showing that after a period of being in hiding these characters would make certain changes to their appearances to stay under the radar. Other changes will be in effect for Johansson’s character, such as no longer having that formed relationship with Mark Ruffalo’s character, Bruce Banner. Johansson explains that Black Widow is not a sentimental person and after the passage of time they both made their decisions. Age of Ultron is where we saw the two form a bond and it seems Infinity War is where they may lose it.

“Well it’s been a long period of time and, again, I think she’s not a particularly sentimental person. And I think she understands that it’s been a period of time and they’ve both had their own experiences separate of one another and always have like a shared experience with one another but, again, a lot of time has passed and I think they both kind of made a sort of heroic decision the last time that they saw one another that they were that they were going to sacrifice their own personal desire for the greater good and that’s how they could move on.”

Even with the blonde hair, Black Widow will still kick butt and Johansson will still play the character exceptionally well. I think fans are not worried about the change as much as they would be if she didn’t pull it off the way she does. Don’t forget to catch Avengers: Infinity War in theaters April 27th and check out the 31-hour MCU marathon that AMC Theatres is putting on!

What do you think of the blonde bomb shell hair style? Would you rather her still have her red hair? Be sure to tell us what you think in the comments below!